3 Writers, 3 Ways: How to stay motivated during finals after a long semester

3 Writers, 3 Ways: How to stay motivated during finals after a long semester 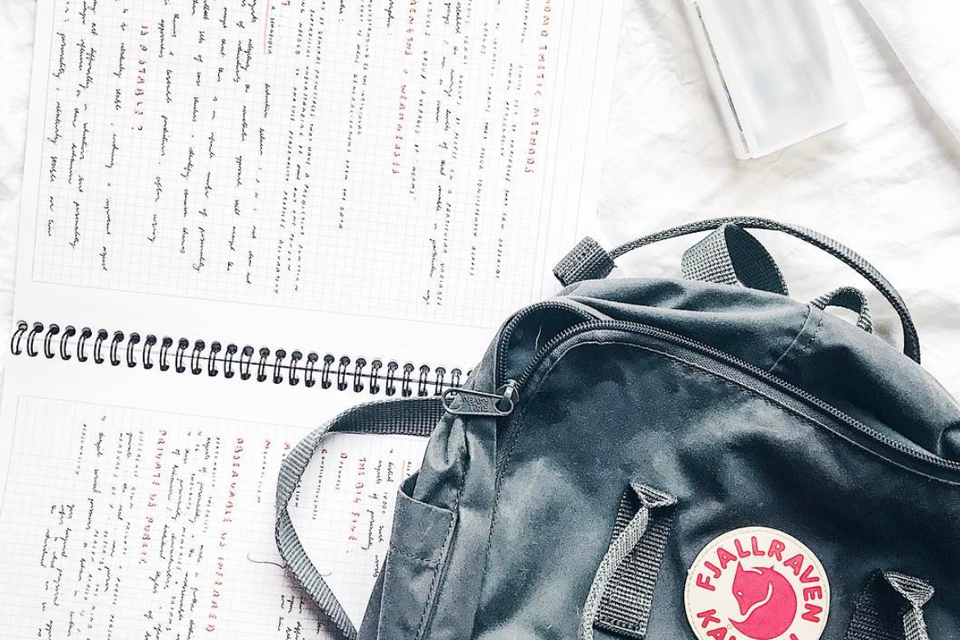 It’s one thing for us to publish content that will help you ace your exams, but what are students to do if they can’t even find the motivation to drag themselves to Butler? It’s been a long semester, and with the summer on the horizon and the weather getting warmer, we know it might be hard to find the inspiration to do the work required for you to do well on your upcoming exams.

But fear not: Even if you’ve been dying to get out of here since January, there are still a couple of last-minute things to try to motivate yourself through reading week and your exams. Here, three Spectrum writers share their ~wisdom.~

Victoria: It's a balancing act

Let’s face it: This semester has been rough. But in 30 years, when you’re looking back on your Barnumbia experience, you’re (hopefully) not going to remember the cramming and the stress—you’ll remember the better times.

So that you can look back on your college experience fondly, you’ll want to close out your semester balanced and with minimal regrets. Now, this doesn’t mean to go wild and blow off all your finals because you won’t care about them.

You don’t want to hole up in your room for the entirety of reading week. You have at least five days to study, and no one can study for 120 hours straight (if you can, props to you). You’re going to spend three months without your college friends—take some time to hang out before you part ways for the summer. The weather outside is gorgeous—spend some time soaking up the sun and getting that much-needed vitamin D (it’ll also keep you healthy when everyone else is sniffly).

Don’t feel like you have to spend every waking moment studying. That’s not going to be productive, and you’ll probably get more done if you take breaks to relax.

Huber: Thinking about the future you

No matter how stressful the semester may be, I try to think about motivating myself however I can. Usually, I focus on my future applications to med school (yay pre-med! Woo!). While I may be stressing myself out slightly more in the process (the application process is super wild for med school. It’s a struggle out here), the only way I can really get myself working is to think about what I want to achieve in the future.

Some of you might be thinking, “But applying to med/grad/law school or jobs is so far away in the future….” You’re right, maybe your goals can really only be achieved once you finish your four years in college. Or maybe they can only be achieved after several work experiences or even more years of schooling.

No matter how far away the actual attainment of that goal may be, focusing on it now can push you to stay motivated in these last couple of weeks of school. Keeping things in perspective and figuring out how your current self is continuously working towards something can be powerful motivation.

While thinking about your goals will help motivate you, you’re still going to have to plan out these next few weeks and work your butt off. Bummer, I know. But if you’re determined to get what you want in life, then you will do anything you can to do your best. You and I both know that you will do whatever it takes to succeed.

That being said, you don’t (and probably shouldn’t) have to spend 12-16 hours a day studying. Plan time to take breaks, eat with your friends, and find time for yourself. However, always return to that academic mindset and push through finals week.

Veronica: "Break" it up and treat yo' self

Something that most people don’t instantly realize about me is that I am pretty resistant to getting stuff done—not to the point that I don’t do my work. It’s just that, you know, most of it gets left until the Sunday before it’s due.

But not for finals. During reading week, I get hyper-organized, and by some strange miracle, I’m usually able to stick to the schedule I set myself. How? Because I’ve mastered the fine art of breaking up my day with breaks, “multitasking,” and rewarding myself for even the tiniest things accomplished. It’s pretty frou-frou, I know, but it gets the job done.

First thing’s first: breaks. As Victoria said, you can’t go for 120 hours of straight studying, that’s just mad. I’m of the mindset that you really shouldn’t even go more than an hour without getting up for at least five minutes or so, but I’m a softie, so maybe that doesn’t work best for you.

A break in itself is kind of like a reward, which is part two of my motivation master plan. Remember Psych 101 in high school where you learned about Pavlov and his dog? To run with this comparison, you’re the dog, the doorbell is your reward, and the dog’s saliva is studying. When the opportunity of being rewarded for your work is presented, you’re more likely to actually do the work. Basically, if I tell myself I’m allowed to watch an episode of “The West Wing” if I just get through this chapter of physics, I’m more likely to actually do the reading (and not get distracted).

Breaks aren’t the only reward you can give yourself, though. I oftentimes trick myself with food I like, promises to take the evening off, eating lunch with my friends, going to the movies, going for walks outside, etc. However, I like instant gratification just as much as the next person. Usually, the promise of taking a short break to watch a Netflix episode is the most effective thing for me.

Kind of going off of that, I’m usually able to motivate myself to study by telling myself that it’s OK to multitask. “How is that like a reward?” you ask. Well, when I say “multitask,” I’m strictly talking about studying and watching TV. Science shows that it’s impossible to really focus your attention on studying and the TV at the same time, and I believe that, but I’m usually able to trick myself into thinking that I’m actually watching Netflix when in fact I’m usually just doing my physics problem set.

It’s important to note that my version of multitasking can be pretty distracting—I’m really only able to do it with math-based subjects and languages. (So if I need to write an essay or read a book, that reward is instantly taken away.) If you get easily distracted by background noises, do not attempt. If you want to give it a go, the steps are simple:

Unlike Huber’s plan, “Break it up and treat yo’ self” doesn’t create any genuine motivation (the kind of motivation that actually makes you happy to be doing the work that you are), but it gets the job done in as pain-free a way as possible. See you on the other side of finals.

And if all else fails and none of these three methods helps you stay motivated through finals, there’s always one last easy trick you can try: Remind yourself that if you make it through these last few days, you’ll have the next few months to take it easy. (Well, easier than you have been during the school year.) See you on the other side of finals.

Have any other tips for those who are having a hard time finding the motivation these last few days of school? Let us know on our Facebook, Twitter, or Snapchat @CUSpectrum.

Victoria Yang is a Spectrum staff writer and a SEAS first-year. She regrets not having paid  better attention in class. Reach her at victoria.yang@columbiaspectator.com.

Huber Gonzalez is Spectrum’s deputy editor and a Columbia College sophomore. He just wants a good GPA and MCAT score to get into med school so he can go to a good residency program and become a good doctor. Reach him at huber.gonzalez@columbiaspectator.com.

Veronica Grace Taleon is Spectrum’s editor and a Barnard sophomore. Promising herself that she could watch Netflix while doing her homework was probably the only reason why she turned in as many physics p-sets as she did. She realizes it’s a terrible studying habit, but, hey, it works. Reach her at veronica.taleon@columbiaspectator.com.