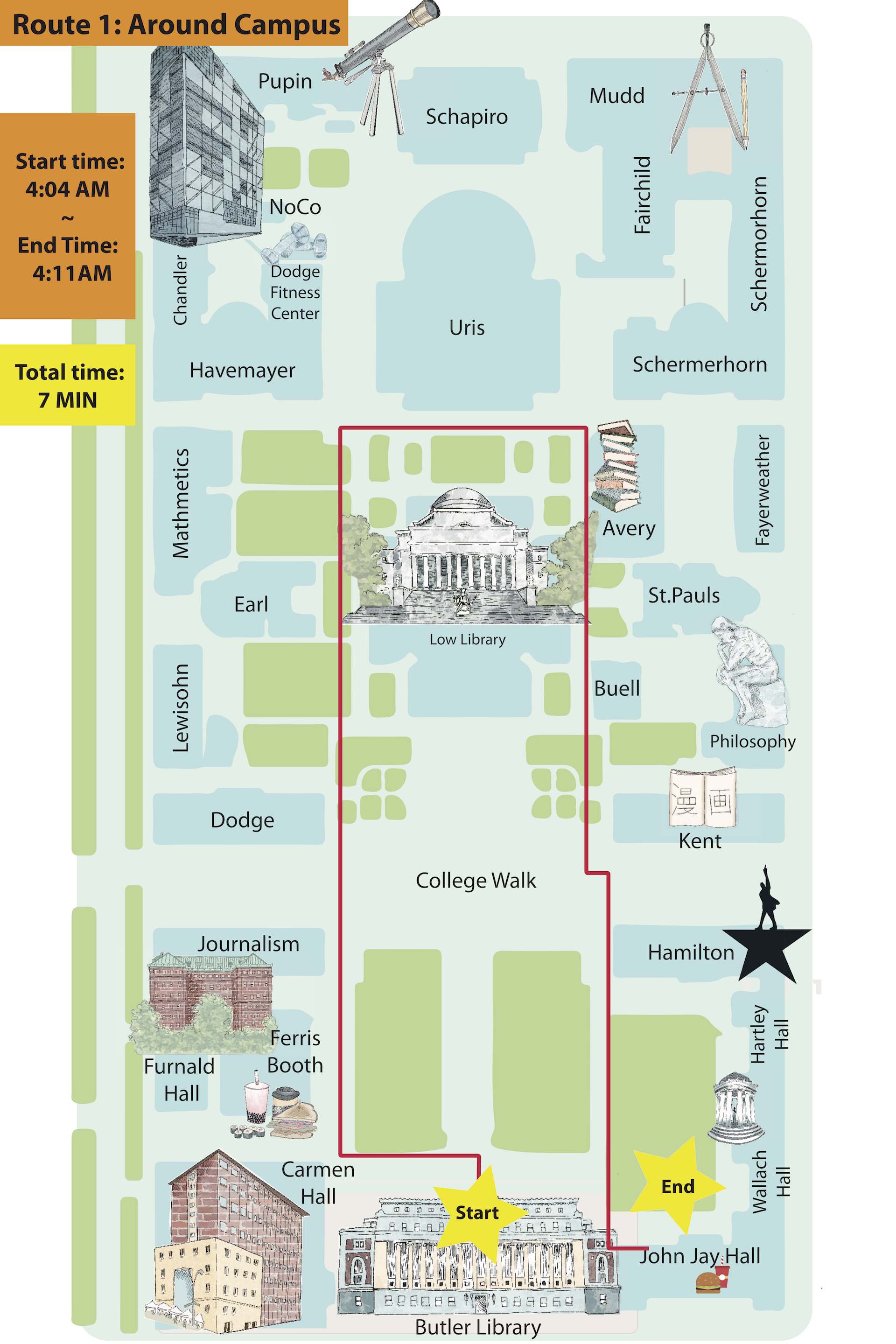 I confess: I haven’t run since when classes started. I went to Dodge everyday during NSOP, but I’ve always hated running on treadmills and find the small sweaty indoor track equally repulsive. But I’ve paid for my more sedentary lifestyle with lower energy levels and general grumpiness, so recently, I decided to do an experiment: to try out three runs and briefly reflect on my thought during each of them, because let’s face it: there’s no time better time than midterms to both literally and figuratively run away from commitments.

I briefly weigh the pros and cons before deciding to leave my backpack in Butler, less out of fear of larceny and more because if I bring it along, I’m afraid I won’t come back. I leap down the stairs three at a time and stumble through the gates, and open the door. Next to me, an oversized fur coat leans against the entry to Butler and expels a cloud of smoke. We pass by, each anonymous to the other.

Lights illuminate College Walk, and thoughts flit through my mind from the banal to the eccentric to the absurd. What am I running away from, exactly? Myself? My work? Nothing? I pass by Philosophy and think of Camus and Sisyphus and realize that all options are equally absurd. “When You Sleep” by My Bloody Valentine comes on and I begin laughing and gasping and panting all at once. As I stumble into JJ’s, still laughing and gasping, I have a final thought: One must imagine Sisyphus happy. 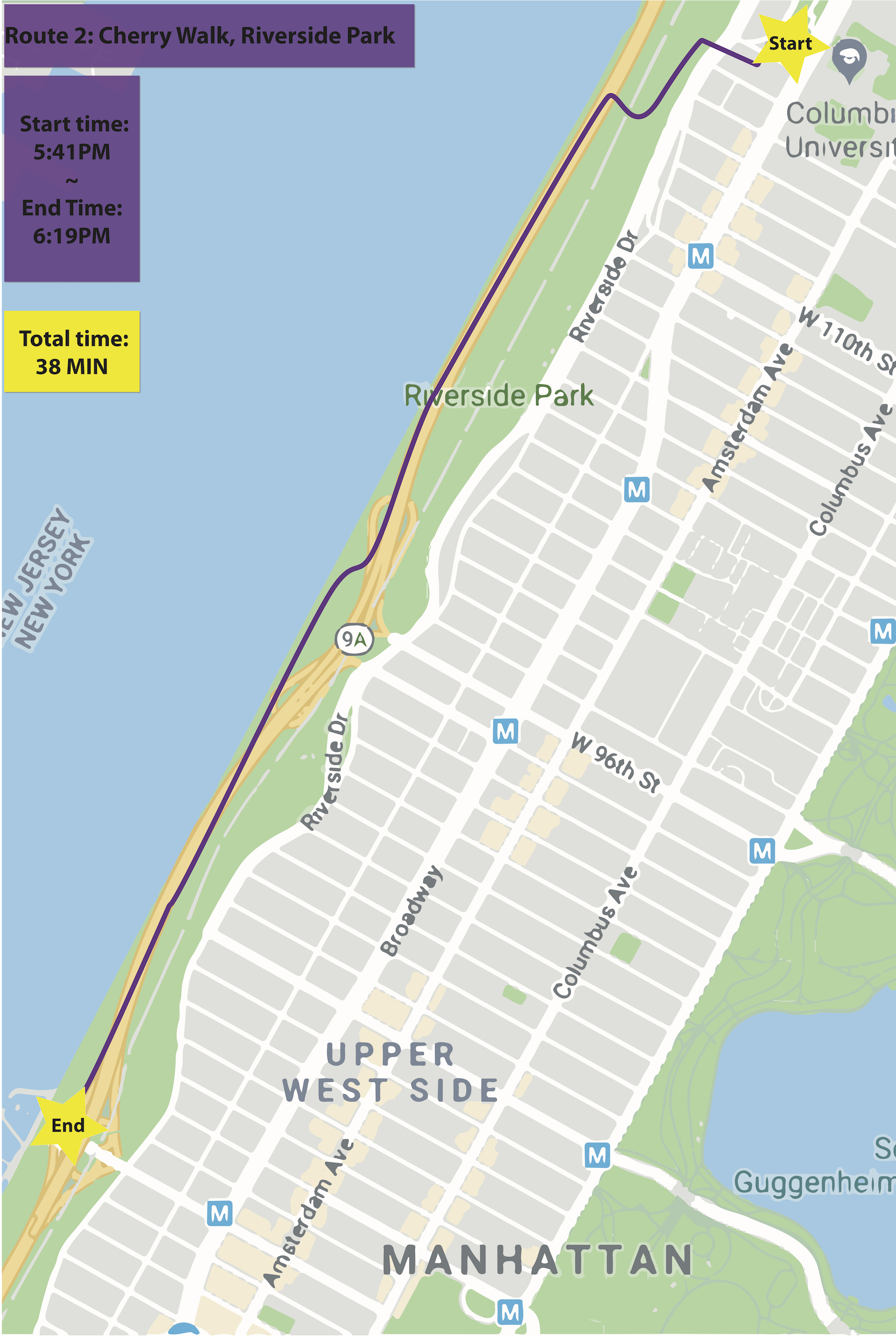 Past Lerner, down a block, a left, a half-mile straight, a right, through a tunnel, and suddenly I’m transported into paradise—or what passes for it. At this moment there is only me, the water, the wind, and my breath. Everything else fades away. Bikers pass by, a blur of blue and titanium and yellow, and then recede into the distance and disappear. Time by Pink Floyd comes on in the background, muffled, and I vaguely make out the lyrics:

Racing around to come up behind you again.”

The sun dips below the water. The sky erupts in color.

I check my watch and realize it’s time to return to the stacks. 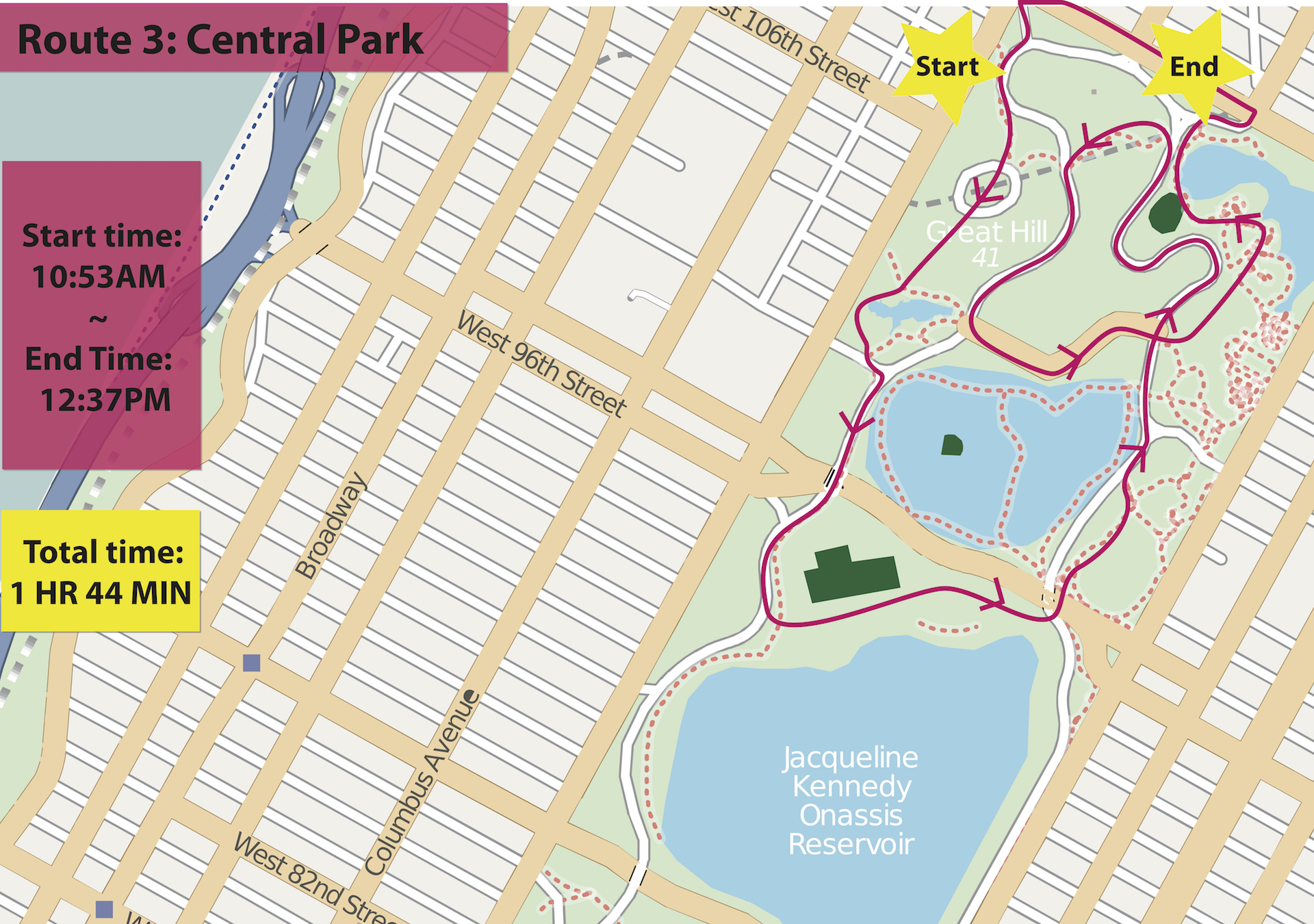 Rain—bone chilling, drenching—comes down and I nearly slip as I turn left onto W 110th. A few minutes later, I enter Central Park, and to my relief, it’s empty: there’s just the occasional public safety car and similarly crazy people running on this rainy Thursday morning. I take a spontaneous turn onto a muddy dirt path next to a small pond, and for a second, I forget that I’m in the City. Another right, and I enter the North Woods. The rain has stopped but drops are still falling from the leaves. I spend another hour wandering here, wandering there, finding my own path, before finally opening up Google Maps and heading back.

Running offers us a respite, a chance to bask in the quotidian: clouds of creme bruleé mist waft from Butler steps and then disappear; wisps of conversation are lingered on for a moment and then just as quickly forgotten; people and cars whiz to and fro, not here, not there, but in motion. Paradoxically, it is through the most simplest and mechanical motions—one foot, other foot, one foot, other foot—that we are freed from the unrelenting stream of responsibilities that govern our lives.