What to be thankful for this holiday season

What to be thankful for this holiday season 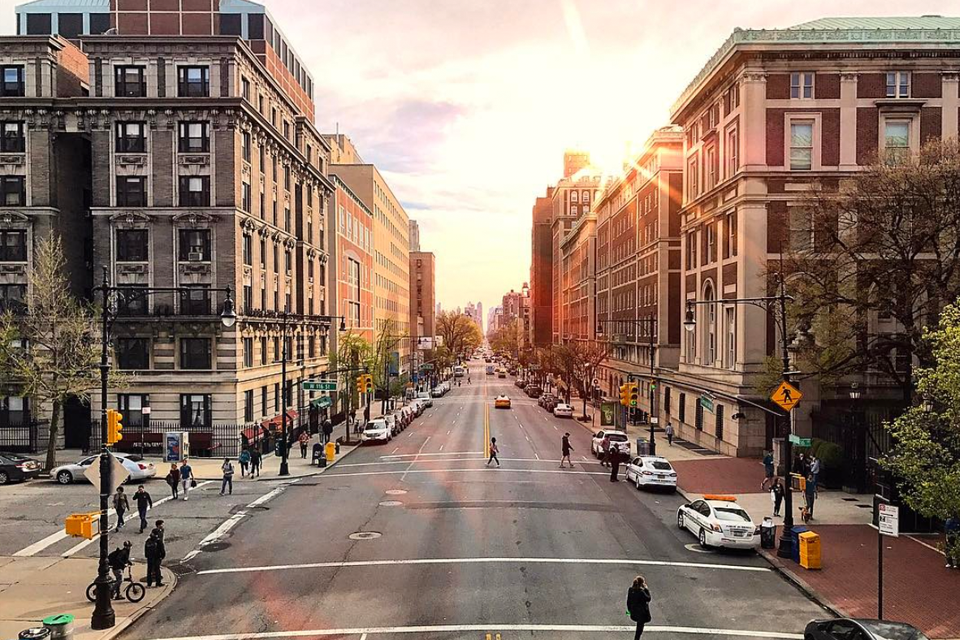 You’ve been grinding for three months, probably really miss all your friends from home, and if that’s not enough, it’s been really damn cold. Fear not, though: Thanksgiving—that mythical and all too fleeting three day respite from Columbia life—is finally here to save you. But before you leave and get too crazy, remember the true point of the holiday: to reflect and give thanks. If you’re not sure about where to start, don’t worry: Spectrum has you covered on the basics of what to be thankful for.

Given how incredibly fit and stylish many Columbia and Barnard students are, it’s easy to feel inferior. But instead of focusing on how you can’t run a six-minute mile or pull off that super cute crop top, we urge you to look within: no matter your shape or size, your body has gotten you this far. It’s (most-likely) survived countless all-nighters, hangovers, and multiple meals per week from JJ’s, and that’s something to celebrate.

If it’s true that we’re the average of the five people we spend the most time with, then it logically follows that our friends and families are some of the people who we owe our greatest debts to. Whether it be your support system here in MoHi or back home, make sure to thank the people that have been your source of hugs, laughs, and good times.

Pro tip: Think of the 10 people who have had the largest impact in your life this year, and let them know how awesome they are. Bonus points for going the old-fashioned way and and take the time to send a handwritten letter or postcard over break!

Fair enough—maybe your Econ professor sucks. Maybe you can’t keep your eyes open through Music Hum. Whatever your grievance, however, remember this: the median earnings of Columbia grads 10 years after graduation are double those of graduates from other schools. No matter from what background you come from, simply attending this school is a huge privilege—and not one that many of us have earned completely through our own merit.

Despite how much we complain about Columbia food (and frankly, given how many of those complaints are warranted), Columbia Dining does have one saving grace and that is the avocado toast bar, which has single-handedly gotten me to my 8:40 class every single morning. On a more serious note, though, even if it might be a bit bland and most-definitely mass-produced, access to an available and convenient food source at all hours of the day, staffed by an incredibly diligent group of dining staff is an undeniable privilege those of us with meal plans benefit from. And while food insecurity is still an outrageous issue that exists on campus, there are, thankfully, resources like the Food Pantry and many people working to help alleviate it.

You probably knew that this was coming, but nonetheless, Columbia’s (arguably) greatest asset is something we all should be incredibly thankful for. No matter what hour it is, there’s always something to do—people to meet, and places to visit. If you’re not going home this Thanksgiving, then (quite literally) get lost in the city: ride the subway, haphazardly transfer twice, and then ride until the last stop and just walk around. Breathe in the air, look out at the skyline, listen to the languages around you, really taste the food.

Your Ability to Give

It’s strange, isn’t it, the way everyone focuses solely on the “thanks” part of Thanksgiving even though it’s only half of the equation? All of us are constantly putting on different hats in our lives, and it’s likely that we’re givers just as often as we’re receivers: just as how in some contexts we’re students, while in others we are often the teachers, donating the products of our physical, emotional, and academic labor. And even though we usually acknowledge this in other people due to social norms, we often fail to recognize it in ourselves.

So, take some time this Thanksgiving to thank yourself and your ability to give—take the advice given earlier and write yourself a letter to receive after break, or even better, give yourself this entire break to do whatever you want, screw the consequences. This isn’t a request, but more of a moral obligation to yourself: you’re awesome and fucking worth it, honey, so take some time off and own it!