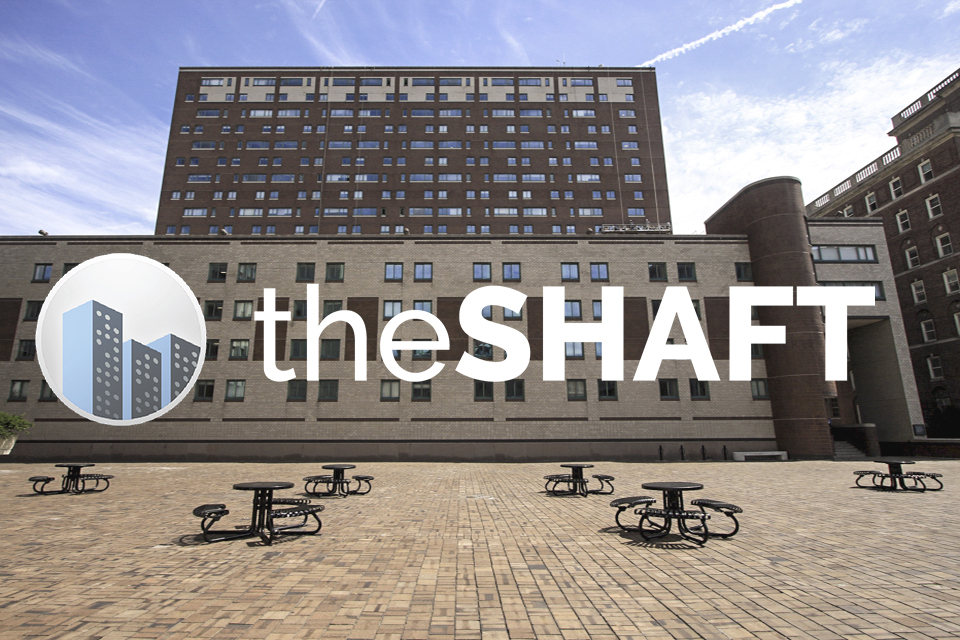 Well, it’s that time of year again: time to start thinking about where you want to live next year. And with housing groups already being formed, drama beginning, and friend groups breaking apart one argument at a time, we thought it’d be helpful to provide a quick rundown of dorm reputations to help you make the most informed housing decision. From the grossest dorms to the loudest dorms, here's a list of Columbia and Barnard housing superlatives.

Barnard: Cathedral Gardens: Built in 2005, CG is by far Barnard’s newest and nicest dorm, and as a result, goes mainly to seniors. Each suite has up to two bathrooms and a kitchen that even comes with a dishwasher.

Columbia: Broadway Hall: While older housing options have been acquired since, Broadway is Columbia’s newest dorm, built in 2000. It contains singles and doubles, and even has a nice sky lounge with a great view to study in. On top of that, it’s clean, has fast elevators, and good air conditioning. It’s definitely one of the more underrated dorms on campus.

Barnard: Brooks Hall: Brooks Hall was Barnard’s first residence hall. Built in 1907, this first-year dorm features mainly doubles and quads, many of which are odd sizes and/or configurations. There are even some walk-through doubles, which are two singles with a door in between.

Columbia: Hartley Hall: Built in 1904, Hartley is Columbia's oldest residence hall on campus. Consisting mainly of first-years and sophomores, though upperclassmen can also live there, it’s made up of large suites with singles and doubles. It is also part of the Living-Learning Center which means there are generally more community programming and floor events than in any other dorm.

Barnard: Plimpton Hall: The amount of fire alarms that go off in Plimpton alone makes it the loudest dorm. After all, the smoke detectors can be so sensitive that you it’s difficult to even boil water without either disabling the detectors or moving them into a closed room for the time being. Essentially, if you want to live in Plimpton, you better get used to being evacuated in the middle of the night.

Columbia: East Campus: Since EC is a party hub, you’ll definitely have to get used to hearing drunk first-years wandering the halls every Friday and Saturday night.

Barnard: Elliott Hall: Consisting of mainly sophomores and juniors, specifically transfer students, Elliott is composed of VERY small singles and doubles. It's the quietest dorm on campus, mainly because nobody even knows where it is.

Columbia: Furnald Hall: If you’re not into the social scene or just love some peace and quiet, Furnald is the place for you.

Barnard: Hewitt Hall: Hewitt is located in the Quad and is perfect for anyone who has 15 minutes in between classes, and likes to be able to run back to your dorm, take a seven-minute nap, and still get to class on time.

Columbia: East Campus: EC is located over by the International Affairs Building, and it is definitely the best place for seniors who want to live in a suite on campus. There are tons of singles in nice suites with large open spaces. The view is a plus as well.

Barnard: Cathedral Gardens: Located on 217 Manhattan Ave., CG is by far Barnard’s farthest dorm from campus. It’s a good 15 to 20-minute walk to campus, which makes it perfect for those looking for a little more independence. However, if you want friends to actually want to visit you or want to be able to go back to your room between classes, CG is probably not the best choice.

Columbia: Carlton Arms: Carlton Arms is easily a 15-minute walk away from campus. It’s suite-style with mainly doubles and some singles and has a great view of the Hudson River. Living in Carlton Arms will definitely keep you in shape.

Barnard: 600 West 116th: As one of Barnard’s older buildings, and with Shake Shack below, 600 is riddled with mice and roaches. So, if you’re not a clean person, you’ll easily find yourself living with a few extra tiny roommates.

Columbia: McBain Hall: McBain is definitely the trashiest Columbia dorm. It has thin walls, gross communal bathrooms, and messy kitchens. While you may think living in McBain will be Carman 2.0, it’s more likely to be a huge downgrade.

Barnard: Plimpton Hall: Plimpton is one of the most sought-after sophomore and junior housing options at Barnard. Each suite comes with four singles and a double, a bathroom, and a kitchen. Some suites even have an open kitchen countertop.

Columbia: East Campus: EC is a Columbia senior’s ideal living location, with a variety of different style suites that consist of mainly singles and some doubles. Not only does it come with a great view, but it is also a great place to live for those who like throwing parties.

Barnard: Hewitt Hall: Hewitt definitely is the best corridor-style housing of all the Barnard housing options. It has pretty decently sized singles, a communal bathroom on each floor, and a computer lab in the Quad basement.

Columbia: Broadway Hall: With tons of singles, Broadway is a great option for anyone looking for corridor-style housing, which me you’re also going to have a communal bathroom. It consists mainly of singles, is relatively clean, has great views, and it has AC.

Barnard: 600 West 116th: 600 has two slow elevators, so if you live there, expect to either take the stairs a lot or get used to being late to class.

Barnard: Sulzberger Tower: Sulz Tower is a modified corridor-style dorm located in the Quad. With 17 floors, floors 2-8 for freshman, Sulz Tower definitely has a fantastic view of the city and a balcony up top for you to enjoy it from. You can even see the Empire State Building!

Columbia: East Campus and Schapiro Hall: Both dorms have great views from the top floors. EC suites have large windows which allow you to see upper Manhattan for miles. Schapiro has a sky lounge from which you can enjoy a great view of the Hudson. Some rooms on the upper floors even have views of the Empire State Building.

Barnard: Hewitt Hall: Located in the Quad, Hewitt has 201 singles available for upperclassmen and is a sophomore and junior year go-to for those who want to live in a single.

Columbia: East Campus: Consisting mainly of seniors, EC has 566 singles, the most of any Columbia dorm.

Barnard: Cathedral Gardens: CG houses only 92 upperclassmen total. The rest of the rooms are inhabited by other residents such as professors.

Columbia: Hogan Hall: Hogan has a total of 116 singles and is only seven stories, making it the Columbia dorm with the least amount of rooms.