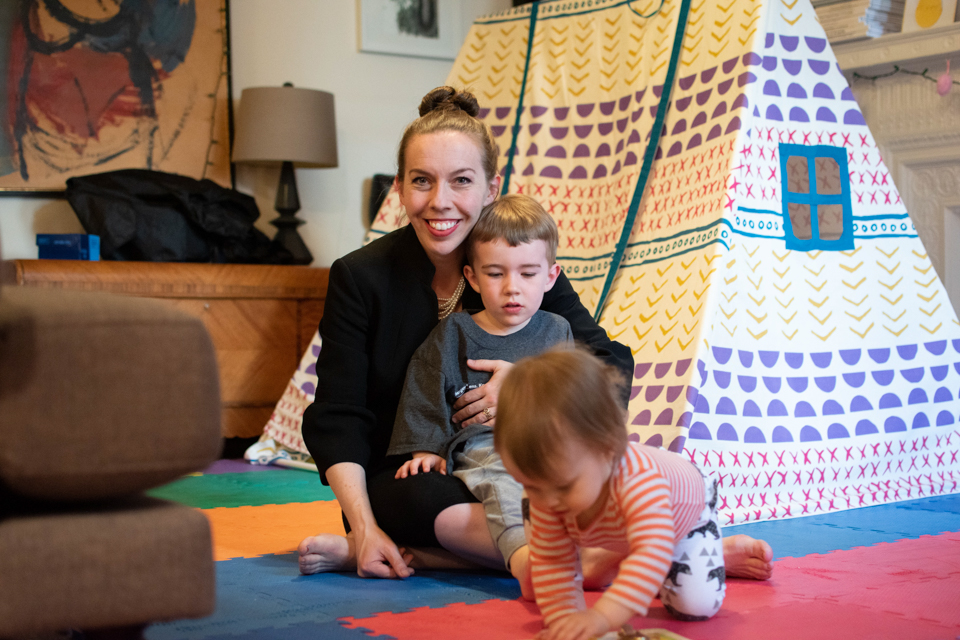 1. When classics professor Marcus Folch and his wife Celeste Fine decided it was time to try for kids, they expected it would take a while for their family to get started. They had no idea they would have twins within a year, much less a third child within two. More surprising was how much they would be paying in childcare costs—$120,000 annually—with only $3,000 a year in assistance from Columbia.

According to a survey that garnered responses from approximately a third of close to 800 Arts and Sciences faculty, almost 40 percent of those polled said that their salaries are insufficient to meet childcare needs, and nearly a third said they went into debt. Thirty-eight percent of respondents—including all the professors in this article—said they considered leaving the University to alleviate the financial, emotional, and professional strain of childcare.

And notably, professors report that their sacrifices pose a significant obstacle in the quality of education they can provide for their students. Though the potential solutions to childcare burdens may be costly, faculty point to the fact that Columbia is paying another hidden expense: canceled classes, significantly fewer office hours, and less time devoted to meetings with graduate and thesis-advising students.

2. This Earth Day, the University released its second Sustainable Columbia Annual Progress Report since it launched its Sustainability Plan in 2017. The report details progress updates and statistics for areas of development, including greenhouse gas and energy, transportation, and waste.

Here are six key points to help wrap your head around what’s new. 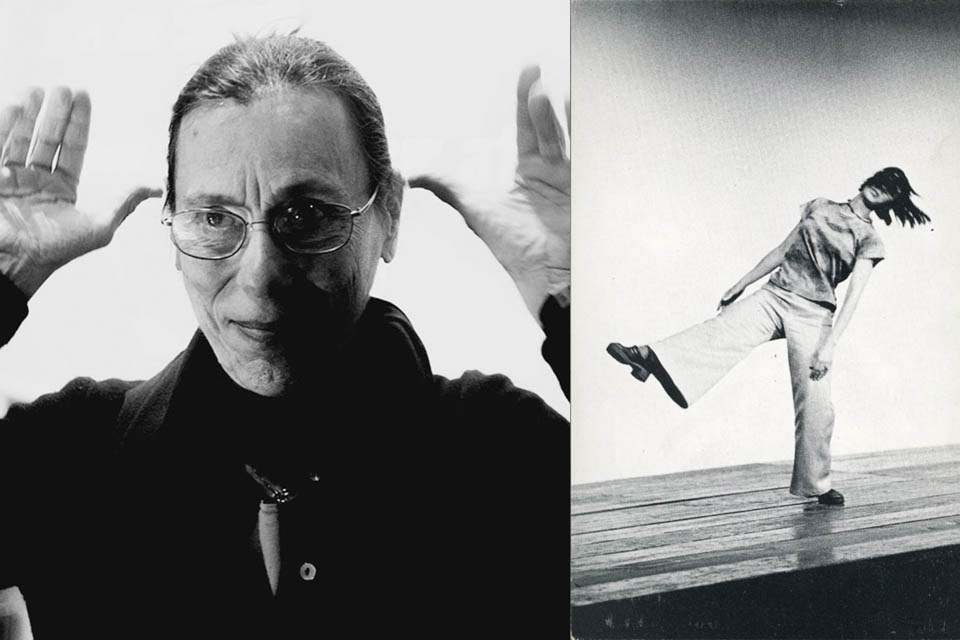 3. MacArthur Fellowship-winning filmmaker and choreographer Yvonne Rainer is this year’s Lida A. Orzeck ’68 Distinguished Artist-in-Residence. The 84-year-old artist rose to fame as a leading figure in the minimalist and early postmodern dance movement. She spoke to Spectator about her experiences as a dancer, filmmaker, and choreographer.

4. Junzi Kitchen’s best kept semisecret is its Chef’s Table series, which happens exclusively at its Morningside Heights location. The series of five to seven course dinners over the span of three consecutive nights aims to expand the narrative of Chinese cuisine.

5. On three previous occasions, he had been asked to prove he was a Columbia student. Alexander McNab, CC ’19, the student who was pinned to a countertop in the Milstein Center by Barnard Public Safety in a video which entered into the national spotlight, writes about why he refused the fourth time in his View From Here.

6. In 2017, an Iranian Ph.D. student flew to Canada. But when his visa application was held in “administrative processing,” he was unable to return to the U.S. for six months. In this week’s lead story from the Eye, learn how, for many of Columbia’s international graduate students and postdocs, life hinges on the limitations of visa policy. 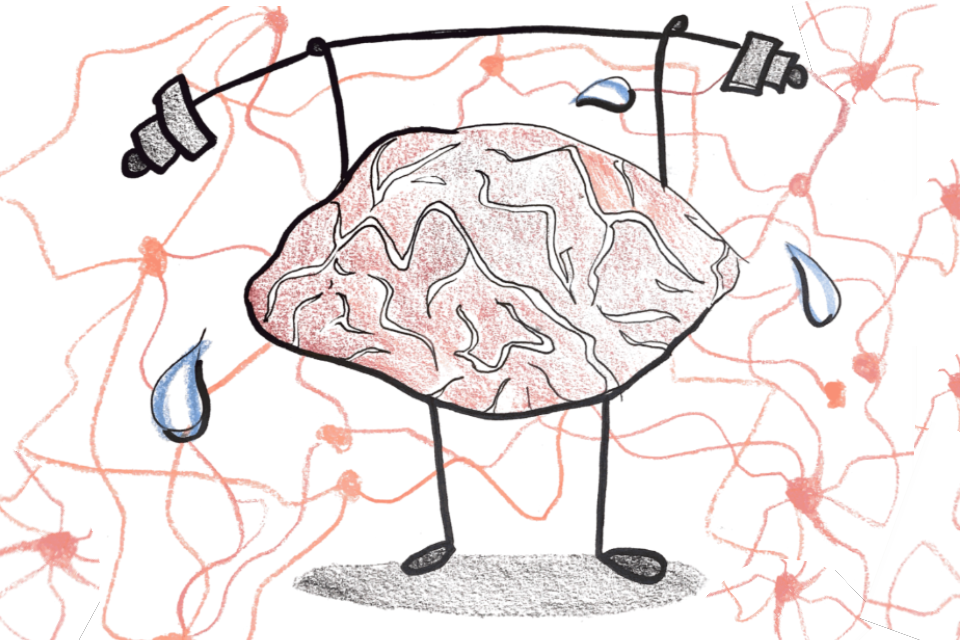 8. The idea that “if you can make it in New York, you can make it anywhere” can often be a heavy burden as we move through four years of sleepless nights doing problem sets and writing essays. In her final column, Laura Salgado, CC ’19, ruminates on this quote and the implications it’s had on her time at Columbia—especially as she prepares to say goodbye to this city in just a few weeks. She ultimately realizes that, while this adage may be true for some, many don’t make it in New York and still end up OK. 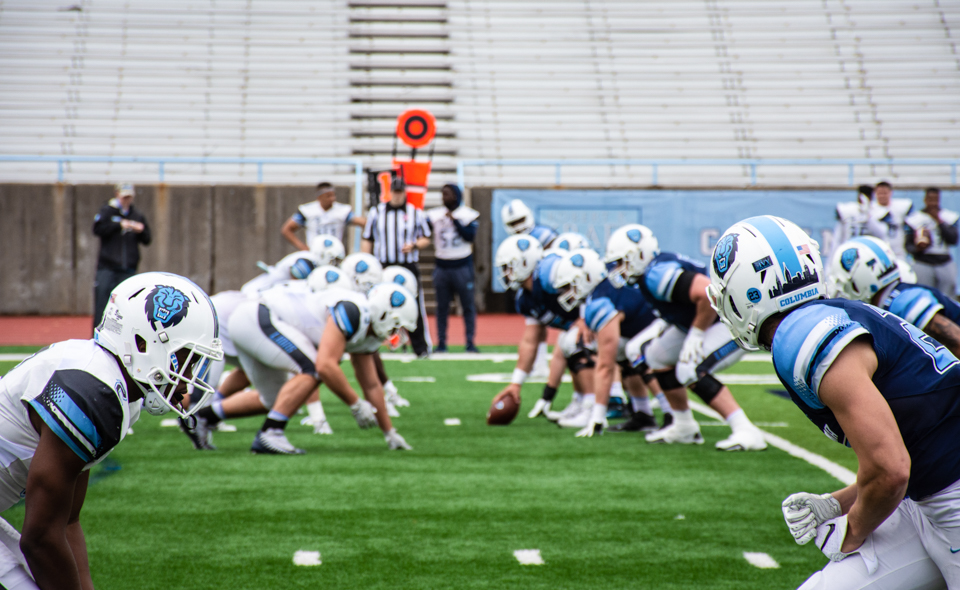 9. Football’s annual Spring Game took place last Saturday, as the team wrapped up the year with the last practice before the summer. Despite the gray weather and the mild drizzle kicking off the day, spirits remained high as the team warmed up with drills and scrimmaged against each other. It was head coach Al Bagnoli’s last chance to gain insight into players’ strengths and evaluate the team before the season officially begins. Take a look at scenes from the Spring Game in this photo essay.

10. And finally, as we dive into the last full academic week of the school year, if you want to get a headstart on studying for finals by grinding out those papers and problem sets, there are some small changes in habits and routine that can actually go a long way. Between the first-year regrets, the sophomore slumber, the junior grind, and the senior hoorah, we hope everyone is as ready for summer as we are!

This week’s Week in Review comes out every Saturday at 10 a.m.