Game of Thrones houses as people you meet on campus

Game of Thrones houses as people you meet on campus 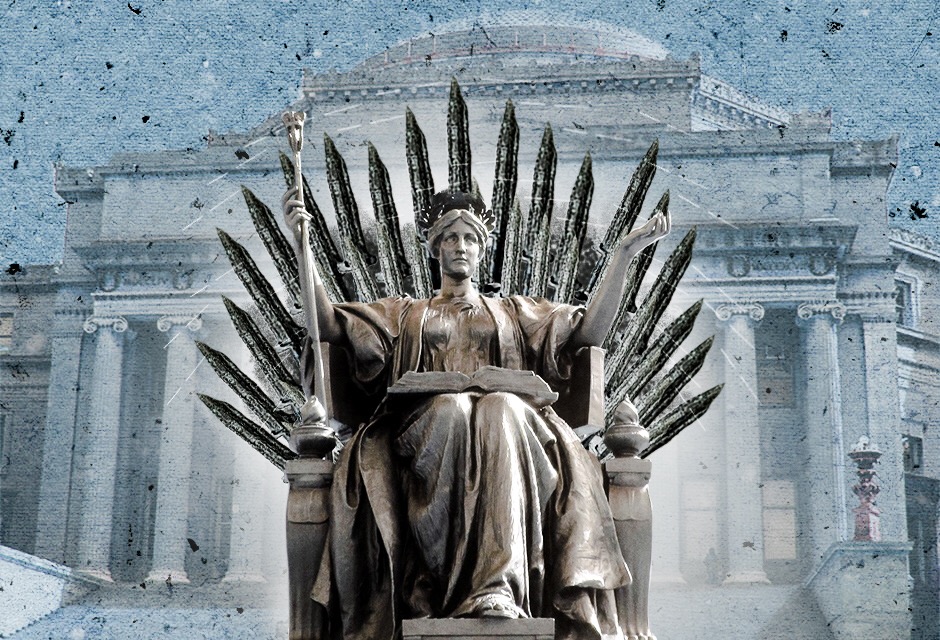 Summer is coming and the long semester is almost over. Sadly, this also means that there are only three episodes of Game of Thrones left, but there is still time to root for your favorite character to sit on the Iron Throne. Even if you don’t watch the show but you recognize yourself or your friends in this article—take this as a sign to give in to the hype and watch Game of Thrones. If you do watch the show and are surprised by the house that you align with, maybe it’s time to rethink your alliances and support your real house.

Starks prefer to hang out with people who come from the same area as them (they’re most likely to be from a cold country in the Northern Hemisphere like Canada or Greenland). They love the cold weather—in fact they thrive in it and wait for it to come during the rest of the seasons. They’re fiercely loyal to the point where they sometimes hurt themselves in the process. They’ve also had their fair share of bad luck, like getting all 8:40s, being betrayed by others in the past, and being set up with horrible dates—yet they still persevere. Lastly, Starks are dog people—they even have a wolf as their Facebook profile picture.

When asked about what they do in college, Lannisters reply with “I drink and I know things.” And it’s true, they love their wine (and margaritas from The Heights). They also study hard and give good advice to their friends. They have a complicated relationship with their family (honestly, you’re too afraid to ask how they really feel about their siblings) but they’re extremely witty and have great one-liners. One good thing about the Lannisters is that they always follow through on their promises: a Lannister always repays their Venmo debts.

Tullys don’t always come out during hangouts and even when they do, they usually tend to stay in the background. However, they do make solid friends who will come through for you in times of desperate need.

Baratheons don’t really care about the complicated aspects of politics—they just want to win, which can make them very stubborn and straightforward. Nevertheless, they are also the life of the party and love throwing events, even if there is no special occasion to celebrate (like that one friend of yours that insists on going to 1020 the night before a final). Baratheons also have that one family member who is always serious and prone to believing crazy conspiracy theories on Reddit written by red-headed women.

Greyjoys can be a little intense when you first meet them, but they grow on you as time passes. They are very proud of their heritage, prefer sticking to themselves, and they rarely migrate from their hometown. You can always catch them in Riverside Park, staring longingly into the Hudson—they love the water since they are from an island. This also makes them really good at water sports, especially sailing.

These people have the best view from Sulz Tower (they like living on the highest floors). They’re skeptical of others, always reply to your messages a week too late (if at all) and tend to rise above drama, no matter how much you want them to get involved and support you.

Martells are outspoken, confident, and here to smash the patriarchy. They don’t care about what others think about them. They say what they want, they wear what they want, and they do who they want (they are reportedly ~amazing lovers~). However, if you end up crossing someone they care about, they will come for you.

You know a Tyrell if they are constantly using the flower crown filter on Snapchat or their Instagram pictures are under the cherry blossom trees in front of the Law School. They also have a great sense of style. Tyrells are very ambitious but you wouldn’t know it because they work behind the scenes. Be careful about making a Tyrell upset, they will make sure to retaliate and you wouldn’t even know it was them.

Targaryens are natural born leaders, but this means that they can sometimes be egoistic and expect e-board positions to be automatically given to them. Everyone who has the chance to meet a Targaryen loves them and believes in them. They care deeply about others and do as much as the can to help those in need. They’re also prone to keep dangerous animals as pets.