Should you apply for CUE?

Should you apply for CUE? 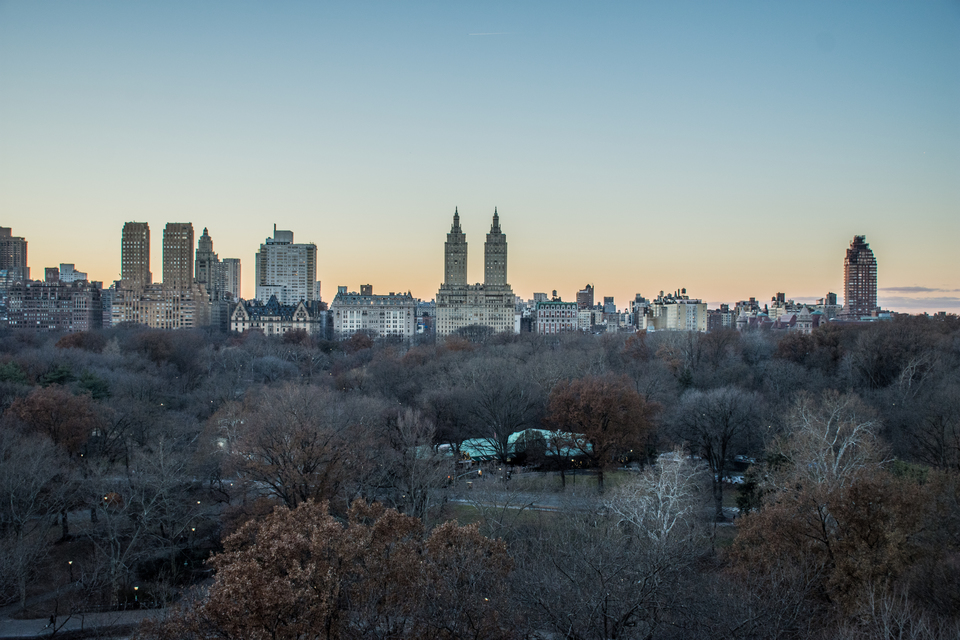 Welcome, baby Lions and Bears, and congratulations on your acceptance to Columbia and Barnard! We know you’re probably thrilled to be spending the next four years of your life in NYC, learning both from inside and outside of the classroom alongside brilliant peers from all backgrounds.

What exactly is CUE?

CUE is one of Columbia’s pre-orientation programs that runs approximately a week before NSOP from Sunday, August 18, through Sunday, August 25, for incoming Columbia and Barnard first-years. The fee for CUE is $350 to cover housing, meals, and other program costs. Fee waivers are available to all students who demonstrate financial need.

According to the CUE website, you’ll be moving in early to engage in community service directly in the city, while simultaneously bonding with new friends through late-night excursions to iconic NYC attractions.

But don’t just take it from us: We’ve gathered insider info from CUE alumni to give you a closer look at what exactly you can be expecting.

What does a typical schedule for a day in the life on CUE look like?

According to participants from the past two years, your CUE days starts very early (think: 8 a.m.-ish) with breakfast at one of the dining halls on campus, where you’ll be able to bond with new friends and get to know the CUE leaders and coordinators. Then, you’ll split up into your assigned groups and travel to your volunteer site in the city to perform community service for most of the day. CUE Coordinator Lucy Danger, BC ’21, said that volunteer sites have included organizations like Harlem Grown, which promotes urban farming; Planned Parenthood; and Brooklyn Defender Services, which helps with incarceration justice.

In the late afternoon, you’ll come back to campus to rest for a bit, have dinner with your CUE family, and break off into discussion groups to talk about social justice issues. After discussions, you’ll have free time to explore the city during nighttime activities.

Former CUE participant Kyoko Hirose, CC ’21, said that nighttime activities range from going to Nuyorican Cafe or to Tom's or to Chelsea Market, adding that they’re “really fun for bonding and getting to know the city.” Jenniffer Profitt, CC ’22, said that she and her friends did yoga, went to Times Square, and saw theater shows, activities she described as “just iconic stuff in NYC.” Danger said that nighttime activities also included going to Vanessa's Dumplings in Chinatown, walking across the Brooklyn Bridge, and going to Hungarian Pastry Shop.

Be prepared to stay up late, too! “We would get back really, really late, midnight, 1 a.m.; we'd be exhausted and go straight to sleep,”" Profitt said.

How are CUE groups organized?

There are a total of 60 CUE participants: 40 from CC and SEAS, and 20 from Barnard. Each participant is assigned to a group of around 6 people, and each group is headed by a CUE leader. Danger said that there are 10 leaders each year ranging from sophomores to seniors, who are often past CUE participants. This team of leaders, overseen by two coordinators, works throughout the spring until the week of CUE to plan the programming.

Each group volunteers with a different local organization and stays with that organization for the entire week of CUE, which not only gets you familiar with the mission of the site, but also allows you to form close connections with those in your group.

“You get to know everyone in your group … Since [the leaders] are upperclassmen, you can ask them about their major and what classes you should take,” Profitt said. “ I don't think there was a question that was asked that they didn't know the answer, because they've been here for 3 or 4 years and really want to help you."

What discussions are there in CUE?

Nightly discussions are centered around social justice issues in the city, with a different theme for each night. Danger gave specific examples—including ethical service, gentrification, and equity in higher education—and said that the issues often depend on the leaders that year. Other topics include LGBTQ+ issues and gun violence, Hirose added.

Why should I participate in CUE?

“My roommate and some of my best friends on this campus are from CUE, and that has stayed true ever since I left CUE. If you are into engaging conversation and learning about other people's identities and how to better yourself as an activist and as a community organizer, CUE is for you. It's a self-selected group of 60 people, including Barnard people, who are just so willing to engage and learn about one another on a deeper level. There are many different types of communities you'll find. If you're looking for a community that's willing to get deep and vulnerable, CUE's the place to go.” —Kyoko Hirose, CC ’21

“CUE is one of the most inclusive communities on campus. It really focuses on intersectionality and give people from a wide variety of backgrounds the opportunity to really engage in social justice. It's a great introduction to the NY community and to the Columbia community, and I think it's the most welcoming space you'll find on campus as a first-year.” —Cat Sposato, CC ’21

Has CUE changed you in any way?

“Oh, absolutely. If I had not done CUE, my Columbia experience would look completely different. It shaped me and how I view this campus in a way that is genuinely really hard to explain. You come into it already interested in social justice, but getting to know so many different people from so many different parts of the world, and with different perspectives, and different stories to share, was just so special—especially in a space where people are so willing to listen to each other. I was so incredible for me to be in a community like that as my first experience with Columbia.” —Kyoko Hirose, CC ’21

“CUE definitely has changed me. It made me a lot more willing to be open about who I am and embrace all of my identities in a very unapologetic way. Discussing identities and understanding who I am and having a safe space to do that with people from different backgrounds really allowed me to step into my own zone and really take ownership of who I am. If it wasn't for CUE, I don't think I would have been as involved in and as passionate about FGLI advocacy on campus because I would have been too scared to really step into that identity. It was super transformative and really made me feel like a member of the Columbia community in all of my identities.” —Cat Sposato, CC ’21

Would I be able to continue my volunteer work after that week in August?

That’s a great question, and a very proactive one at that! Depending on your initiative and what you learn from CUE, the connections formed within the pre-orientation program may continue long after it’s over. Danger said that one of her friends later got an internship with Brooklyn Defender Services, and she knows of people who have returned to Harlem Grown for the organization’s Saturday volunteer days.

The passion for community service cultivated within CUE also has far-reaching implications.

“Even our CUE leaders, a lot of them work with educational access, especially with communities of color, so it doesn't end at CUE,” Profitt said. “A lot of CUE leaders did CUE their freshman year, and they came back to be leaders because they're invested in the mission and want to show that it can be a four-year experience.”

Any advice on the application process?

“In terms of the CUE application, be open, be honest, really come into it with an open mind. In general with Columbia, come into everything with an open mind, and be ready to embrace who you are in a very unapologetic way because that's the most efficient and effective way of navigating Columbia.” —Cat Sposato, CC ’21

“Try to show us why you're interested in CUE. I do think it's a unique program. I know that similar stuff exists at other colleges, but we're really, really intentional about the work we do.” —Lucy Danger, BC ’21

Any remaining advice for the Class of 2023?

“For college life in general, take it easy. It's going to be so different than high school or everything that you've ever experienced before, so definitely take it easy and let things go with the flow. Of course, have your own focus and your own path, but really don't stress too much about where you're going to end up.” —Desu Imudia, CC ’22

“Make friends and interact with people beyond the identities that you hold … One of the most influential aspects and most helpful things that CUE has been able to give me is this access to a really wide range of perspectives … Also, prioritize things that are fun. If you're deciding between doing something fun and working the last hour on the paper that you're editing, just go hang out with your friends, it's worth it to have that commitment for your holistic experience. We're students here, but we're so much more than that.” —Lucy Danger, BC ’21

Hopefully, you’ve gained some more insight into CUE, and maybe are now considering participating. But, before you get too excited, don’t forget to apply; the deadline for the application is 11:59 p.m. on Sunday, May 19.

If you want to learn more about the Columbia/Barnard experience before you arrive in August, keep up with us through Required Reading! Required Reading is your crash course guide to Columbia that gives you a glimpse of what it’s like to be a student here and teaches you to live your best college life. Sign up here for tips, hacks, and answers to all your questions throughout the summer.