Planning for spring semester? Here’s what you should take for your Global Core

Planning for spring semester? Here’s what you should take for your Global Core 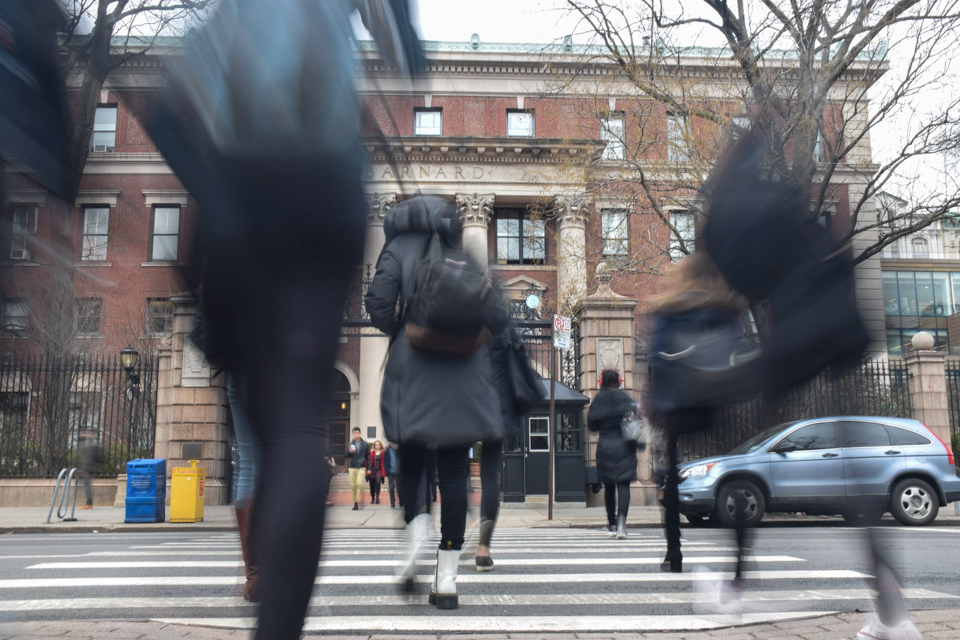 Effective for the class of 2020, Barnard’s AP and IB credit policy allows for up to 30 elective credits but no exemption from general education requirements.

The registration period for classes begins next week. For those of you keen on finishing up the Core, you might be interested in taking a Global Core class or two next semester. Here’s our list of five interesting Global Core classes you should consider taking in the spring!

If you’re interested in cultural anthropology and/or the history and contemporary studies of Native Americans, then Native America is for you! According to the Global Core website, this course delves into topics like Native American representation, “land expropriation,” and relations between Native American tribes and state governments. The class is taught by professor Audra Simpson.

Finally, Native America is a four-point class and will be taught on Mondays from 2:10 p.m. to 4 p.m. next semester. You should be aware that the class has an occupancy of 40 students. Given this, if you want to get into the class, you should try to register for it as soon as you can.

Introduction to East Asian Civilizations in China (ASCE V1359), Japan (ASCE V1361), and Korea (ASCE V1363) are three separate classes that allow for a comprehensive look into the history and culture of three major nations in East Asia. They’re great intro-level classes and can open you to an area of the world that’s not really covered in the main part of the core!

This class is a different type of Global Core—instead of focusing on one specific culture or civilization, the course focuses on topics and issues related to youth (defined as individuals aged 15 to 25 years) in an increasingly globalized world. The class offers research projects and a “design session” during the final day of class that is tailored to brainstorming better ways for universities to educate students in the “interconnected world of the 21st century.”

If you’re interested in this class, it is four points and will be taught by professor Laura Neitzel, the academic director for the Committee on Global Thought, on Wednesdays from 12:10 p.m. to 2 p.m. However, it only has 28 spots open, so be sure to sign up as soon as you can if you want to join!

If you’re interested in the Mughal Empire, British India, or simply South Asia as a whole, then check out Empire and its Aftermath! Although this class is a continuation of History of South Asia I (HSME W2810) from this fall, you don’t need to have taken it to take this class. In fact, there are no prerequisites. This class will thoroughly examine a major empire in South Asian history as well as the events leading to imperial rule, the independence of India and Pakistan, and the creation of Bangladesh.

This class has 75 spots open, is worth four points, and will be taught by professor Anupama Rao on Tuesdays and Thursdays from 10:10 a.m. to 11:25 a.m.

PORT W3350 focuses on the unique dynamic between Portuguese-speaking nations in Africa (such as Angola and Mozambique) and Afro-Brazilians. According to the course description on the Global Core website, the course will use “texts, movies, and other forms of visual arts” in order to carefully examine this relationship. If you’re interested in exploring the role of Africa and people of African descent in the Lusophone world, then this course is definitely for you!

Lusophone Africa and Afro-Brazilian Culture is a three-point class with only 15 spots open and will be taught by professor Joao Nemi Neto on Tuesdays and Thursdays from 4:10 p.m. to 5:25 p.m.

We hope this article helped to show you some interesting Global Core classes that are offered next semester! To see the full Global Core list for Spring 2020, check out this link.