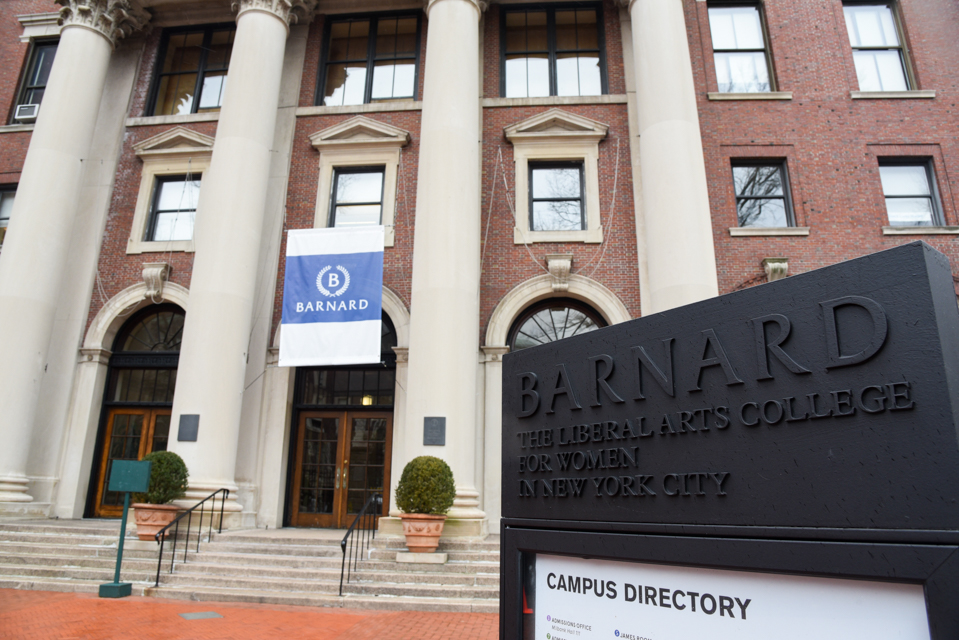 If you’re a Barnard first-year still trying to figure out which First-Year Writing or Seminar class would best fit your needs and desires, fear not! Here is a short but sweet collection of highly recommended classes you should consider taking this coming spring–not just for the sake of fulfilling the Barnard degree requirements, but to hopefully gain drops of wisdom along the way.

Quotes from students are slightly edited for content and clarity.

BC1211 Legacy of the Mediterranean: The Present Past: Race, Gender and Ethnicity – Benjamin Breyer (Section 003/005)

Interested in reading ancient and medieval texts? Fancy dipping your toes into Mediterranean mythology and exploring all of its complex forms? Consider registering for professor Benjamin Breyer’s Legacy of the Mediterranean, where you will study lyric poems like Sappho, Andalusia, texts such as Homer’s Odyssey and Iliad, and epics including The Aeneid and Omeros, re-contextualizing them in relation to modern texts.

Read what previous students have to say about professor Breyer:

“He has this passion for teaching that is really visible in the way he lectures. He is so respectful of everyone’s different characters. I would take his class over and over again if I could.” —Rutendo Njawaya, BC ’23

BC1211 Legacy of the Mediterranean: Border Crossings – Andrew Lynn (Section 006)

“Does literature work as Plato believes it does, to subvert social norms and create ambiguity? Can literature also enforce boundaries and set up barriers?” Professor Lynn proposes these thought-provoking questions in the course description of Border Crossings, right away giving us a taste of what students have to look forward to this spring. If you feel a pull towards reading archaic Greek poetry, classical Athenian tragedies, and philosophical texts—and would love to test the limits of figurative language in ancient literature—consider this subset of the Legacy of the Mediterranean section.

Read what previous students have to say about professor Lynn:

“While he’s obviously an intelligent professor who really encourages discussion during classes, the best thing about him is that he’s one of the most thoughtful professors on this campus. He’s super helpful during office hours and very open to sitting down and having discussions with you about your ideas for your paper.” —Aarushi Jain, BC ’20

Frustrated at how women have been portrayed as scapegoats, sex symbols, and airheads? Interested in tearing apart the idea of the “male gaze” and the rebuilding and redefinition of self? Consider professor Auran’s Women and Culture writing class, where students are encouraged to take apart preconceived notions about gender, race, femininity, masculinity, and sexuality through reading texts such as Milton’s Paradise Lost, the Mayan Popul Vuh, Eliza Haywood’s Fantomina, Kristen Roupenian’s “Cat Person,” and Jamaica Kincaid’s “Girl”.

Read what previous students have to say about professor Auran:

“The course has definitely helped me in broadening my perspective on feminism throughout history and has shaped me to become a better writer as a whole. I can honestly say it has been the most formative and illuminating class I have taken thus far. Professor Auran takes a personal interest in each and every one of her students and personally invests in the quality of your writing.” —Grace Nguyen, BC ’23

“Sex is the ultimate forbidden public topic, and yet from the New England Puritans' sermons to Bill Clinton's (in)famous affair, sex has often been publicly staged in dramatic, literary, religious, political, legal and social forums.” If this electrifying description put forward by professor Cobrin interests you, you might thoroughly enjoy this class on the issues of sex and sexuality in the formation of American identity. Texts such as Puritan sermons, Nathaniel Hawthorne's The Scarlet Letter, Tennessee Williams's “Cat on a Hot Tin Roof,” Suzan-Lori Parks's “Venus,” and theoretical works by Michel Foucault, Laura Mulvey, and Judith Butler will be explored.

Read what previous students have to say about professor Cobrin:

“I enjoyed the class because professor Cobrin really ensured that the dense theory we read was accessible by devoting considerable class time to defining unknown terms and unpacking theoretical concepts about sex, gender, and sexuality that were written in dense, inaccessible language. My favorite assignment from the course was an essay where we got to choose an advertisement and analyze it using theories of sexuality. The class also included two free trips to see Broadway shows!” —Madison Murphy BC ‘21

BC1196 Modernism in the City – Jennifer Rosenthal

Does your heart yearn for art, music, and dance? And “how do these different disciplines express the explosive and jarring experiences of twentieth-century life?” If this question—prompted by professor Rosenthal—sparks an interest in you, consider registering for Modernism in the City, where the cubist paintings of Pablo Picasso, the poetry of T. S. Eliot, Gertrude Stein, and Langston Hughes, Bebop and Boogie Woogie jazz, Igor Stravinsky’s classical music “The Rite of Spring,” International Style architecture, and Alvin Ailey’s dance will be analyzed in depth. Perks of this class include multiple excursions throughout New York City.

Read what previous students have to say about professor Rosenthal:

“She’s the sweetest lady and has baked cookies and brownies for our class several times. She’s great for a first experience because she’s so nice and gives off mom energy! There’s also a couple excursions in the class and she works really hard for the class to bond and get to know each other. She also takes care to give good feedback on our essays and makes time to conference with us!”—Christina Duan, BC ’23

Hopefully, these words of wisdom have provided useful insight on these long-time favorites of Barnard students! Spectrum wishes you the best of luck with registration!

Interested in more registration content? Check out our guide to some unusual classes and interesting global cores offered in the spring! 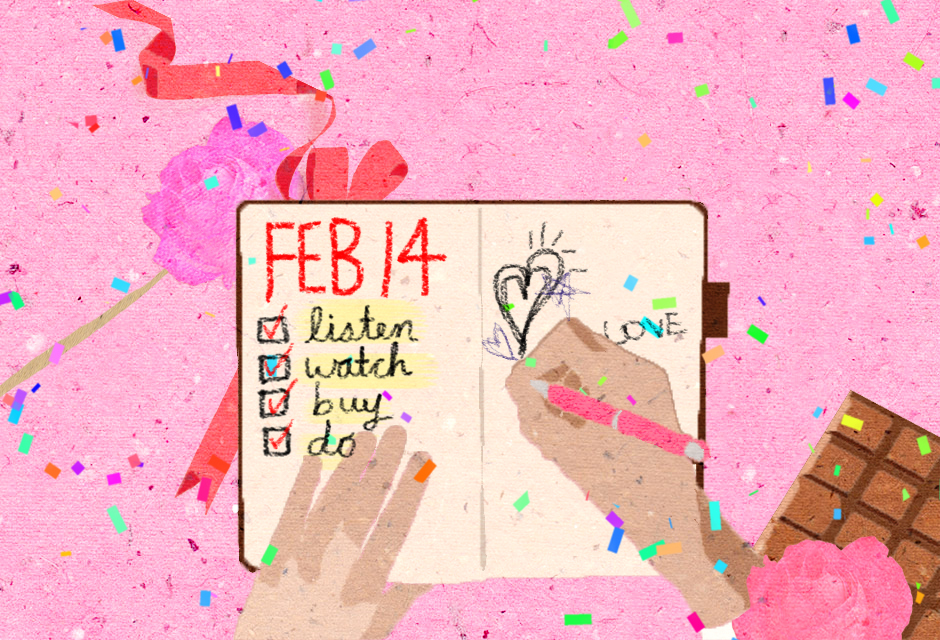 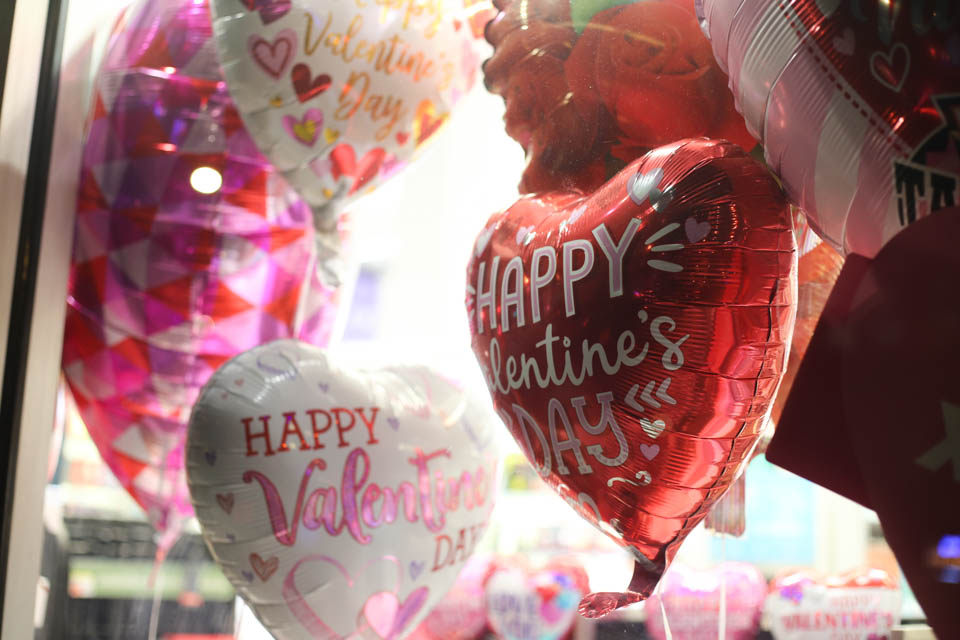 Being single on Valentine’s Day
By Abhishek Hariharan