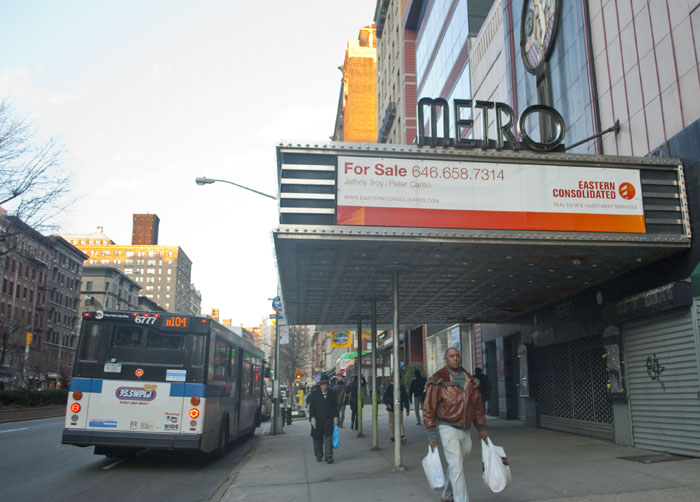 If you’re interested in seeing at least one of these Oscar-nominated films before the event itself, here’s a list of the nominees for best picture this year.

Awards season is here! The Golden Globe Awards and the Screen Actors Guild Awards have already passed, but the Oscars, which are more formally known as the Academy Awards and are granted for meritorious work in the film industry, are next Sunday, Feb. 9. If you’re interested in seeing at least one of these Oscar-nominated films before the event itself, here’s a list of the nominees for best picture this year, as well as some cost-effective ways to watch them

Based on a true story, “Ford v. Ferrari” is based on the true story of how a team organized by Henry Ford II attempted to challenge Ferrari’s incredibly successful racing division at the 1966 24 Hour of Le Mans car race in Le Mans, France. If you’re interested in car racing, or just want to see some really good acting from Christian Bale or Matt Damon, then this movie is right for you.

Where to Watch: Netflix

“The Irishman,” directed by Martin Scorsese, is a three and a half-hour saga about the mafia and a man’s life of crime that tries to subvert the gangster genre as we knowit. It stars Robert De Niro, Joe Pesci, and Al Pacino, and has been lauded by critics as one of Scorsese’s finest works. While the movie takes a long time to get through, it’s definitely worth watching.

“Jojo Rabbit,” directed by Taika Waititi, is a satirical film set in Nazi Germany that attempts to tackle issues of aggressive nationalism and hatred while still including comedic moments. In addition to Roman Griffin Davis, a young actor at the center of the film, “Jojo Rabbit” also features Scarlett Johansson, Rebel Wilson, Alfie Allen, Sam Rockwell, and Taika Waititi himself in supporting roles. It’s a great option to watch with friends if you want a good laugh!

Where to Watch: Rent for $5.99 with Amazon Prime and still in select theaters

“Joker” is one of the more serious movies on this list and Joaquin Phoenix’s performance as the Joker has been critically acclaimed. While the film doesn’t tell the traditional Joker origin story, as seen in the Batman comic, it instead portrays the Joker as an individual with a mental illness who was ruthlessly neglected by society. The film shows the character’s worsening mental illness and his ultimate transformation into the well-known Joker caricature. While it’s a violent movie, Phoenix pulls off an incredible performance, so the film is definitely worth watching.

“Little Women,” directed by Greta Gerwig, BC ’06, is a film based on the book by Louisa May Alcott and stars Saoirse Ronan, Emma Watson, Florence Pugh, Eliza Scanlen, and Timothée Chalamet. The film examines the role of independence and determination in the lives of four sisters in the 19th century as they set out on a path of self-discovery. The film is heartwarming and appeals to a wide audience.

Where to Watch: Netflix

“Marriage Story” stars Adam Driver and Scarlett Johansson as a husband and wife who are going through a divorce and explores the boundaries of their love through that process. The acting in this film is incredible, and both Driver and Johansson have been nominated for Academy Awards for their performances. The film is a real tearjerker and has emotional moments that almost anyone could relate to. The best part is that you can watch it on Netflix from the comfort of your own dorm room.

“1917” is a war movie which takes place during World War I. The film’s cinematography and direction is incredible; it was shot in such a way that it seems as if there are almost no cuts to the film. It’s filled with lots of action and stars Richard Madden, Colin Firth, and Benedict Cumberbatch. “1917” won the Golden Globe for Best Picture, so there is a strong probability that the film could also take receive an Oscar.

8. Once Upon a Time in Hollywood

Where to Watch: Rent for $5.99 with Amazon Prime and still in select theaters

“Once Upon a Time in Hollywood” is a film directed by Quentin Tarantino and which stars Leonardo DiCaprio, Brad Pitt, and Margot Robbie. The film takes place in Los Angeles in the late 1960’s, and includes many references to the culture around Hollywood at that time. The main plotline of the film surrounds the Manson Murders and has great performances from its two leads and Robbie, who plays the real-life figure of Sharon Tate. It is a classical Tarantino movie and a good option if you want a blend of comedy, action, and drama!

Finally, “Parasite,” a Korean film directed by Bong Joon-ho, is one of the most acclaimed films of this past year. In fact, it took the Palme d’Or, the Cannes Film Festival’s highest honor last summer. It’s a brilliant tale about social classes, poverty, self-interest, and struggle. The film has many comedic moments to balance out its dramatic underlying themes, and the ending gets pretty wild. If you’re into thriller, then you should check out “Parasite.”