How did that date actually go?

How did that date actually go? 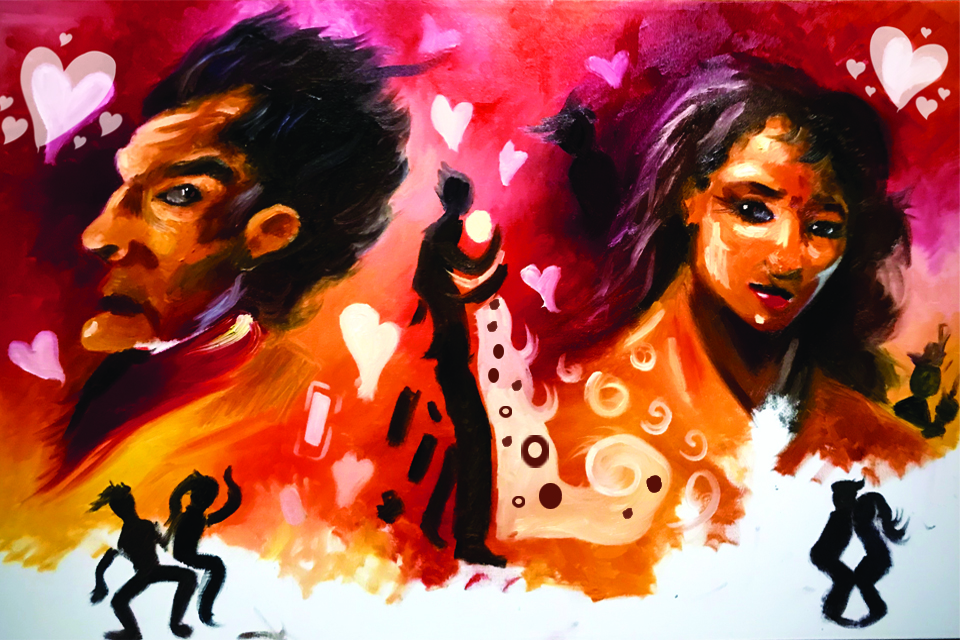 Congratulations, you’ve made it through the first date! Now onto the hard part—how did it actually go? Our first date detectives here at Spectrum have compiled what we believe are the best signs for whether or not you can expect a second date.

We’ll start with the ugly. Here’s what probably happened if the night didn’t go so well:

If the entire night was a ménage à trois with their resume, who cares how the rest of the date went? Sure, it’s the first date, and people are expected to talk about themselves, but it’s supposed to be a two-way street. They should want you to talk, so they can get to know you a little better.

You pulled a muscle from carrying that weak conversation on your back. We’re talking literal, physical exhaustion during the date—the kind that happens after a long day of sorority recruitment. You were on your A-game all night, but it didn’t get any easier. Some exposure to this person might help in the long run, but depending on how rough the first night felt, you’ll have to assess if there’s actually anything to build on.

They wouldn’t stop bringing up their ex. Plain and simple: They’re not over them. I hate to say it, but they were comparing you to the ghost of their ex that they keep on a pedestal all night. They don’t actually want to get to know you—they want to see how close they can come to replace what they lost.

You only saw your ex. Yup, we went there. If the way they leaned back in their chair reminded you so much of your lover from yesteryear, you probably need to keep dating yourself for a while. This won’t end well.

They looked at literally everyone in the room except for you. Sure, they could’ve been nervous. Or, they could’ve been uninterested in you, and they were just sizing up the rest of the room. If nothing else, it’s just rude. You took time out of your day for this person, which isn’t easy for a Columbia student. This one really hurts, because it seems like they’re not even trying.

They acted as if you asked them out, but you didn’t. This is a real thing that happens, and let us tell you why. People pull this card to avoid feeling vulnerable because it’d be embarrassing if the date didn’t go well since they had expressed interest in you. We get it, some people like having an emotional lifesaver, but this doesn’t bode well for the future. If they start feeling insecure about something in your relationship, they’ll automatically blame it on you.

Here are some clues that things did go pretty well:

If they got really excited when you had something in common, they probably thought you’re hot. It doesn’t matter how small it was. In fact, the smaller the better. If it got them hyped up, it’s because it was an easy way to try to get you to keep going out with them. You both like movies? Boom, they can ~subtly~ mention that in a text while asking you to the movies, which increases the likelihood you guys could actually continue the relationship. They say opposites attract and, while that may be true in some cases, you need at least one more thing in common than just mutual sexual attraction.

They mimicked your movements. It’s a well-known fact: If a person starts mirroring the other’s physical behaviors, they’re interested in the discussion—or in this case, you.

Self-grooming. If they fixed their clothes, hair, jewelry, or anything while you were staring at them, it’s because they wanted you to like what you saw, and they were paranoid that something didn’t look perfect. It’s kind of sweet, as long as they didn’t do it to the point of annoyance.

They started to tease you as the night went on, and not ~just~ in a sexy sort of way. Lo and behold, Mom might have been right: When Johnny was mean on the playground in kindergarten, he probably had it bad. If your date was teasing you, it could’ve been because they wanted you to think they’re funny, laugh, and want to see them again. Some people also think being mean makes them sexy. We don’t know where they got this idea from, but then again, Fifty Shades of Grey made almost $570 million dollars, and the main love interest was an asshole, so what the hell? Or maybe, if they’re teasing you, it’ll make you feel like—since you’re letting it happen—there must be some sort of closeness between the two of you. You wouldn’t let someone random rain on your parade, even if it’s just the tiniest jab.

Physical touch. Tale as old as freaking time. This one’s obvious, but we had to put it in anyway because it’s important. If they touched you, there’s a fairly good chance it was intentional, and they wanted to do it again. That being said, if this doesn’t happen, it’s not the end of the world. Some people keep their hands to themselves out of respect, so as to not make the other person uncomfortable. Still, even something as simple as close proximity during a date—and whether you are acutely aware of exactly how many inches are between you—is a good sign things went well.

Talking body: dilated pupils and pointed feet. If their pupils dilated when they were looking at you and their feet were pointed in your direction, there’s a fairly strong chance your date was into you. Luckily for us, these subtle body changes are pretty hard to control. Talk about a tell.

They suggested doing something together after the first part of the date—and, no, going back to their apartment doesn’t necessarily count. Think about it, there’s a reason why people suggest going on coffee dates or getting drinks as a first date. It’s so they can get out of there if things go south. With that logic at its core, the only explanation why someone would suggest a second activity is that they’re actually enjoying themselves.

They got another date on the books during the goodbyes. “We should do this again sometime.” We’ve all heard it—and yup, 99 percent of the time, it’s baseless. However, the answer lies in the details. If they suggested something specific, perhaps something you talked about doing together during the dinner conversation, or they went so far as to suggest possible times during which it could actually occur, you could definitely, like, get it.

They lingered during the fateful goodbye. Tender, but this is one of the classic signs that a date was really amazing. Did their body say something different than the “goodbye” they just told you? Get your mind out of the gutter, we mean wanting a hug. If they got it, did they hold on for a second longer than necessary? Did they look like they wanted to lean in? And, most significantly, did they keep their eyes on you once you started to walk away? If so, they were probably hoping you were pretending and you’d walk right back and do what they were too nervous to do.

They texted you right when they got home, saying it was the best date they ever had and that you’re such a beautiful person. Ok, they might not have gone that far, but any text in general immediately following the date is a good sign. Think about it this way—if a date doesn’t go well, what do most of us tend to do? Get in the shower to scrub off the bad juju and immediately try to repress the memories of such an awful date. But this person didn’t—they actually extended your date even further into the mobile sphere. Besides, most people are lazy, and in order for that text to happen, they had to still be thinking about you, and physically pick up their phone and press the buttons.

The most important element to consider: Dating is supposed to be fun. It’s supposed to make you feel good. If you didn’t feel happy when you were taking the train back or sitting on your bed at home, that’s all there is to it. People constantly forget to take their own feelings into account—the subconscious, genuine, happy versus meh feelings—after a date. Everything you actually need to know is in that moment.