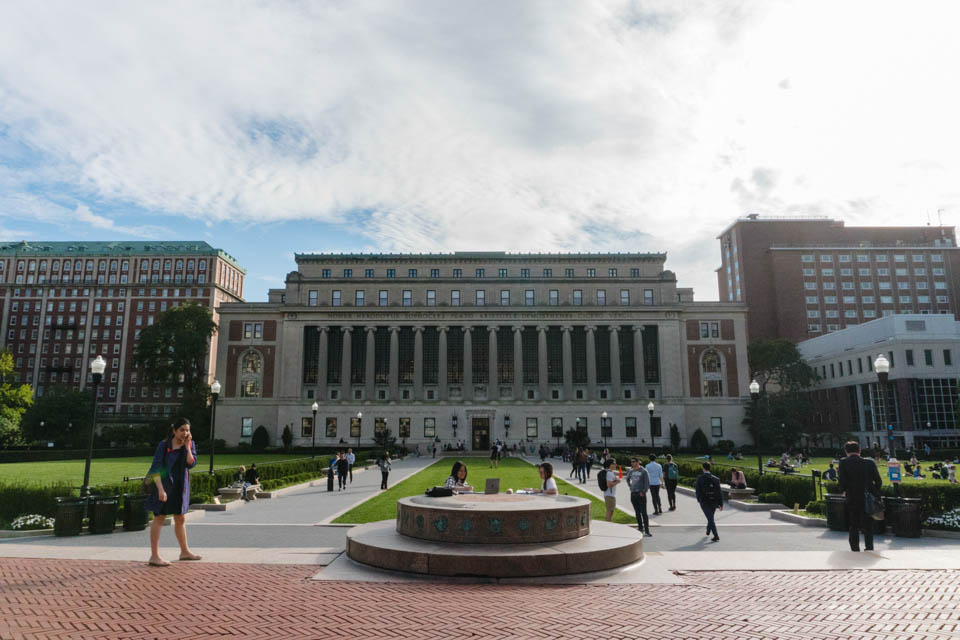 As fears of the growing COVID-19 outbreak spread across the nation, universities have moved to cancel study abroad programs, impose travel restrictions over spring break, and heavily limit organized campus events and gatherings. Many of Columbia’s peers, including Harvard, Cornell, and Amherst, have informed students that they should not return following spring break, although they have provided little information on accommodations for students with financial insecurity or who live with those in high risk of contracting the virus.

Meanwhile, Columbia has chosen to keep its housing and facilities open for students to remain on campus, with the caveat that campus life will look drastically different for the weeks to come. Classes—like those at other peer institutions—will be held remotely over conference calls, while gatherings of over 25 people have been canceled or postponed at the discretion of the University.

Typically, the campus comes to life in the spring months with athletics events, lively political debates, and large gatherings of students and alumni. Here’s a brief list of some of the larger events that have been canceled or indefinitely postponed. 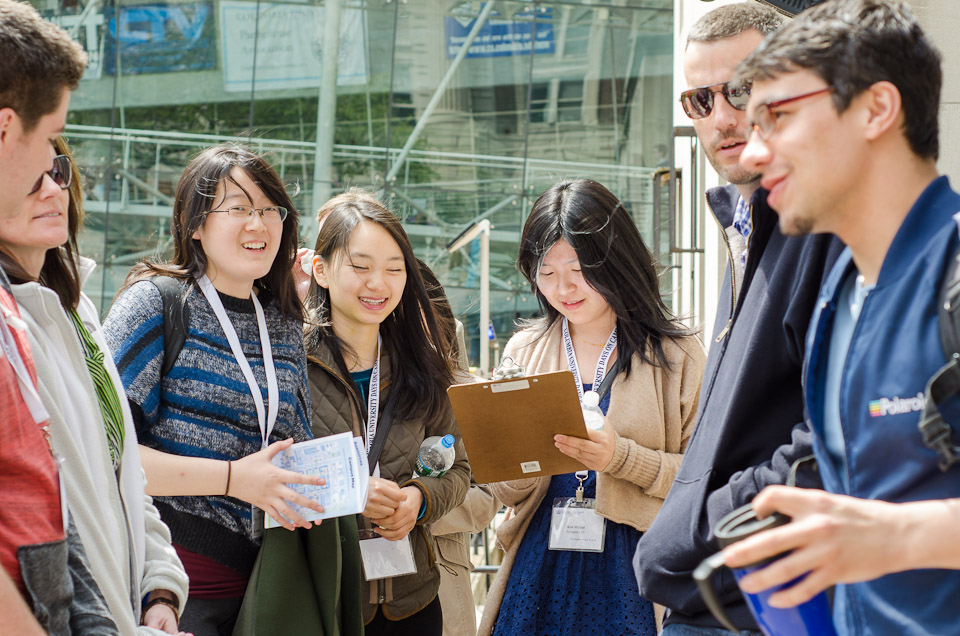 Many annual, notable University events have been canceled, including Days on Campus. Each spring, Columbia Undergraduate Admissions welcomes accepted students and families through an in-person, overnight program for prospective undergraduate students, so that they can experience the tight-knit Columbia community, across various weekends in April. Prospective students, or “prospies,” are seen sunbathing on Low Steps, observing classes, or adoring Butler Library.

Students, alumni, and parents will also no longer be able to attend Barnard Torchbearers, an event scheduled to bring together members of the Barnard community to celebrate student support programs including scholarships, internships, and fellowship funds.

Columbia has postponed its series of events for the World Leaders Forum, an annual program that invites leaders from across the globe to speak on critical issues affecting the international community. The Global Women Changemakers Summit, intended to highlight the work of grassroots women activists in peacemaking, was slated to occur on March 12 and has been postponed indefinitely. 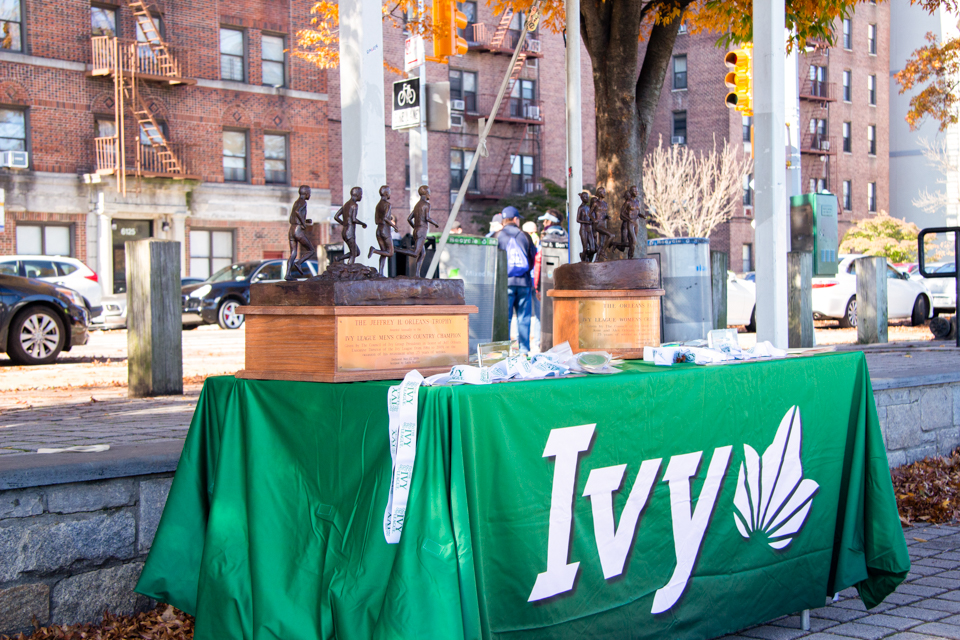 Columbia will continue to allow domestic travel, practices, and competitions for all of its spring sports, with athletes given the choice as to whether or not they want to travel. However, Athletics will limit in-person viewership for games, barring nonessential personnel such as family or friends from attending.

The 2020 Ivy League Men’s and Women’s Basketball Tournaments have been canceled, forcing women’s basketball to lose out on its chance to compete for its first Ivy League title this weekend. While defeating league frontrunner Princeton would have been no easy task, head coach Megan Griffith was confident in her team’s ability to clinch the Ancient Eight Crown, telling her team, “we are the future of this league,” before this past weekend’s games. Now, the Lions must wait until next season to see whether they can bring the title home to Morningside Heights.

Despite concerns with participation in Ivy Madness, however, it appears that the Ivy League did not pull out of the NCAA tournament—a setting that brings together 132 of the top men’s and women’s basketball teams with over 3,000 players and coaches—or cancel any of its other postseason competitions.

For sports such as football, basketball, and soccer, Columbia has canceled all offseason practices and competitions, according to the announcement by Athletics. 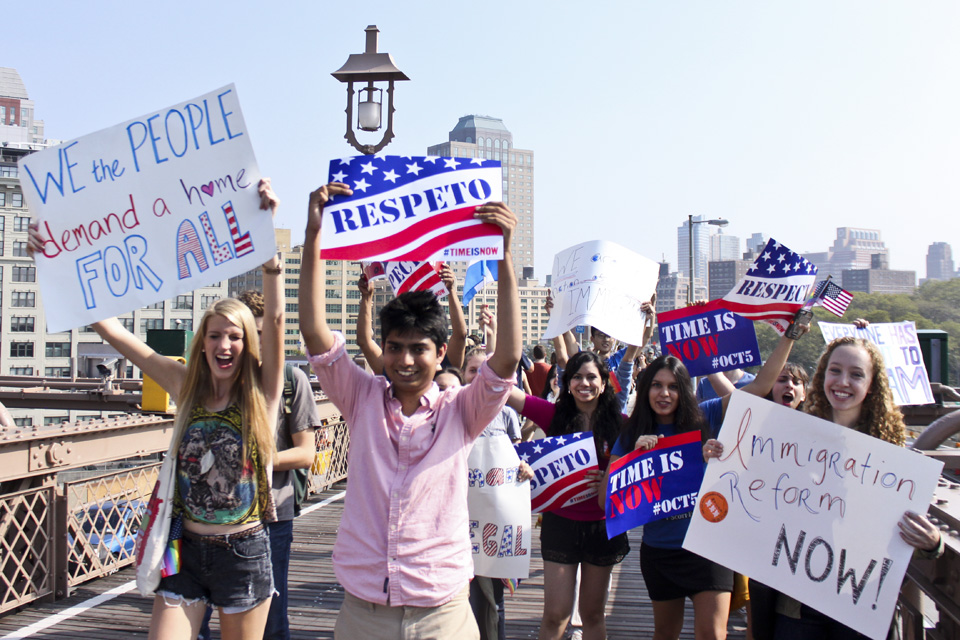 As the primaries approach, political organizations across campus had been gearing up to excite students about current political issues through general body meetings, lobbying trips, and events. Most groups, however, have chosen to cancel weekly meetings and organized travel, such as Columbia University Democrats’ trip to New York City Hall to lobby for immigration policies, which was previously scheduled for March 27.

More immediately, a coalition of Columbia University College Republicans, Columbia University Democrats, Columbia University Libertarians, and Columbia Political Union, among others, had planned an event on human rights abuses taking place in China’s autonomous region of Xinjiang titled: Genocide in China: A Uyghur Account. The panel, originally scheduled for March 10, featured Mustafa Aksu and Zubayra Shamseden of the Uyghur Human Rights Project and was to be moderated by international relations professor Jack Snyder. It has been indefinitely postponed. 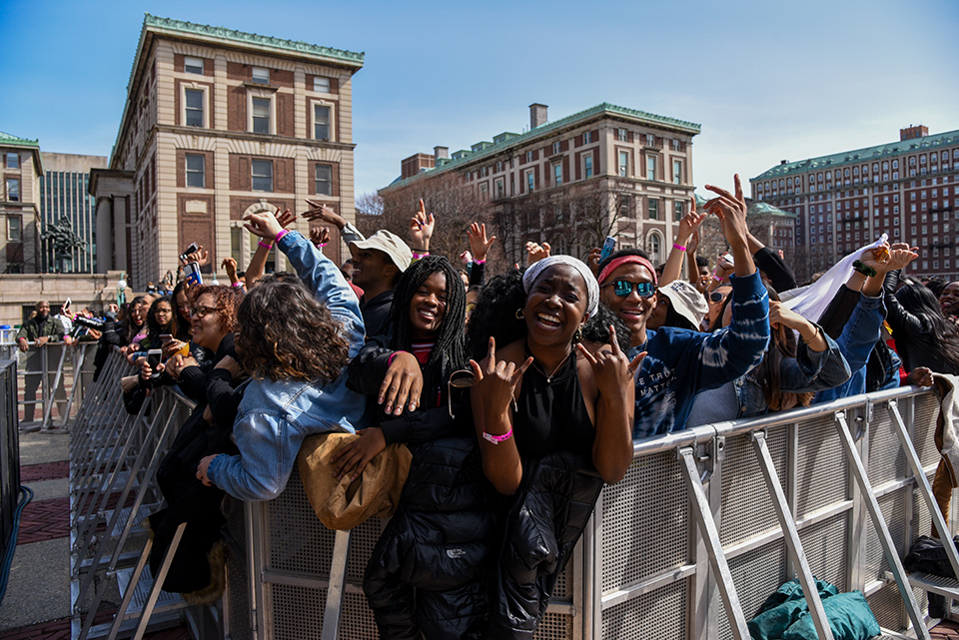 Few publicly scheduled, student-led performing arts events have yet announced their official cancellation or postponing. Bacchanal, an annual University-sponsored concert that typically draws thousands of undergraduate students, is still moving forward with planning and production, the Bacchanal Student Committee announced Wednesday evening. The group acknowledged that future cancellation may become a reality, but noted that it has not yet made the move.

Student performance groups have, for the most part, chosen to hold off practices and tours until further notice. Among canceled performances includes “Fruit Paunch Improv Gets Stuck in the Middle Seat”, a short-form improv show performed by comedy group Fruit Paunch using one-word suggestions from the audience. Fruit Paunch was also meant to tour California later this week, including performances at the Magicopolis Theatre and American Barber Shop.

Student-led initiative Postcrypt Coffeehouse, located in the basement of St. Paul’s Chapel, typically hosts performances by professional, amateur, and student musicians performing varieties of acoustic music on Friday and Saturday nights each week. Shows will not continue for the foreseeable future.

Cancellations have also included Columbia and Barnard sponsored events, notably including Barnard’s annual spring film festival. This semester, the Feminist Film Series: Nonfiction Shorts Film Festival, an event intended to focus on short films by and about women, would have been held on March 26, but was canceled. Barnard also postponed an event on Women Poets at Barnard featuring acclaimed poets such as francine j. harris, Shayla Lawson, and Jana Prikryl, originally scheduled for March 24.