An international student’s guide to Thanksgiving

An international student’s guide to Thanksgiving 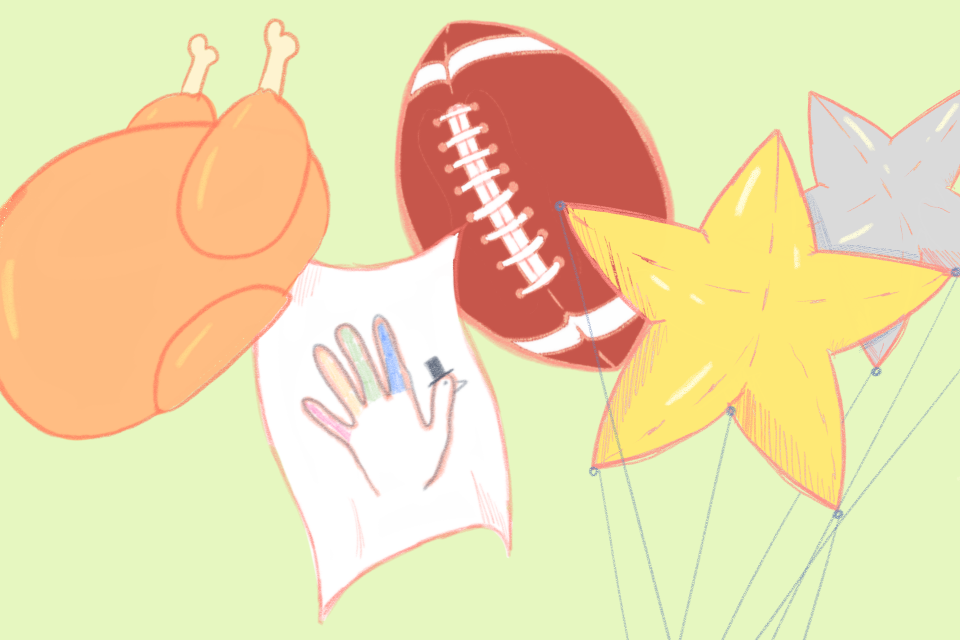 Every year, the United States has a national holiday called Thanksgiving on the fourth Thursday of November. Traditionally, Thanksgiving is a holiday spent with family, so many Columbia students use the long weekend to travel back home to do so. This year, Columbia’s Thanksgiving break is from Nov. 25 to 29, and as some students celebrate, international students may be left wondering what the holiday entails.

What is the history behind Thanksgiving?

The origin of the holiday is the “first Thanksgiving.” It is a commonly-held belief that this first Thanksgiving was held in 1621 as a celebration of a successful harvest season in the Plymouth Rock Colony that 90 members of the Wampanoag tribe and 53 Pilgrims attended. In 1827, writer Sarah Josepha Hale petitioned to make Thanksgiving a national holiday. Over the next 36 years, she wrote countless letters to influential politicians around the country until Abraham Lincoln agreed in 1863 to “heal the wounds of the nation” by making Thanksgiving a holiday. Franklin Roosevelt signed the bill in 1941, officially designating it as the fourth Thursday in November.

While this is the version of the history of Thanksgiving taught to many Americans, it is only one narrative. History books and school curriculums often fail to mention the environmental devastation and genocide inflicted upon the Wampanoag people by the Plymouth Rock Colony. Evidence shows that the Wampanoag tribe was ravaged by a plague epidemic. Since 1970, the United American Indians of New England have organized a “National Day of Mourning” as a protest against Thanksgiving, as the day after Thanksgiving is also Native American Heritage Day.

What are Thanksgiving traditions?

Although this year’s celebration is certainly going to look different due to COVID-19, the Macy’s Day Parade will still be held this year from 9 a.m. to noon. The parade will be broadcasted on NBC, NBCUniversal, and Verizon so people will be able to tune in from around the country. The usual 2.5-mile route has been restricted to the Herald Square area, but it’ll still be full of festivities. If you’re in New York, make sure to follow social distancing procedures, watch from nearby buildings, or simply stream the live footage.

Playing or watching a game of American football

During the day, old football game reruns and televised games are commonly watched while the Thanksgiving meal is being prepared. If you’re interested in football, make sure to catch one of the scheduled NFL games. Some families also hold their own backyard football games for their extended family and neighbors to participate in.

Volunteering at a soup kitchen

Soup kitchens are usually fully staffed on the day of Thanksgiving as families come together to volunteer. Soup kitchens aren’t the only places that hold communal dinners—it’s also common to see churches and community centers cooking meals to spread the spirit of giving. Volunteers can often help from collecting food donations to baking pies to distribute. You can find your local food bank here; make sure to follow guidelines on food donations to ensure safe drop-off.

To distract children as preparations are being made for dinner, parents usually set them down with various arts and crafts supplies. One Thanksgiving tradition is making hand turkeys. These drawings are usually sketched onto paper by outlining one’s hand. The thumb becomes the turkey’s head, and the rest of the fingers act as the turkey’s feathers. These turkeys are then colored and written in, detailing what the children are grateful for that year.

What is the significance of having a turkey for dinner?

The traditional Thanksgiving dinner consists of turkey, stuffing, gravy, mashed potatoes, cranberry sauce, and pie. Popular pie flavors are pumpkin, pecan, and apple. The most important part of the meal is the turkey. Having a turkey dinner gained popularity after Thanksgiving was declared a national holiday. The idea of consuming turkeys was romanticized by colonist William Bradford—who wrote about how colonists hunted wild turkeys—and the fact that turkeys are a uniquely American fowl. Furthermore, turkeys are large enough to feed entire families and thus were practical too.

What is the presidential turkey pardon?

Every Thanksgiving, the president spares the life of a male turkey from the National Turkey Federation. This tradition officially began during George H.W. Bush’s presidential tenure, and every one of his successors has since followed suit. Informally, the tradition is said to have begun when Abraham Lincoln granted a pardon to his son’s pet turkey.

What is Black Friday?

Black Friday is the day after Thanksgiving. The common explanation of the name is that it represents stores going from red ink in ledgers to black, signifying a removal of debt thanks to the number of sales they’ve made in preparation for the holiday gift-giving season. The day is known for its large deals and sales numbers that help stores become profitable. Although not an official holiday, some states, such as California, have declared Black Friday a holiday as “The Day after Thanksgiving.” The first significant event to be considered “Black Friday” was in 1869 when two financiers tried to corner the gold market, causing a stock market drop of 20 percent.

Staff Writer Swethaa Suresh has never celebrated Thanksgiving before, but she’s thankful for the long weekend. She can be contacted at swethaa.suresh@columbiaspectator.com. Follow Spectrum on Twitter @CUSpectrum.