House Hunters: Try one of these unconventional places to live next semester

House Hunters: Try one of these unconventional places to live next semester 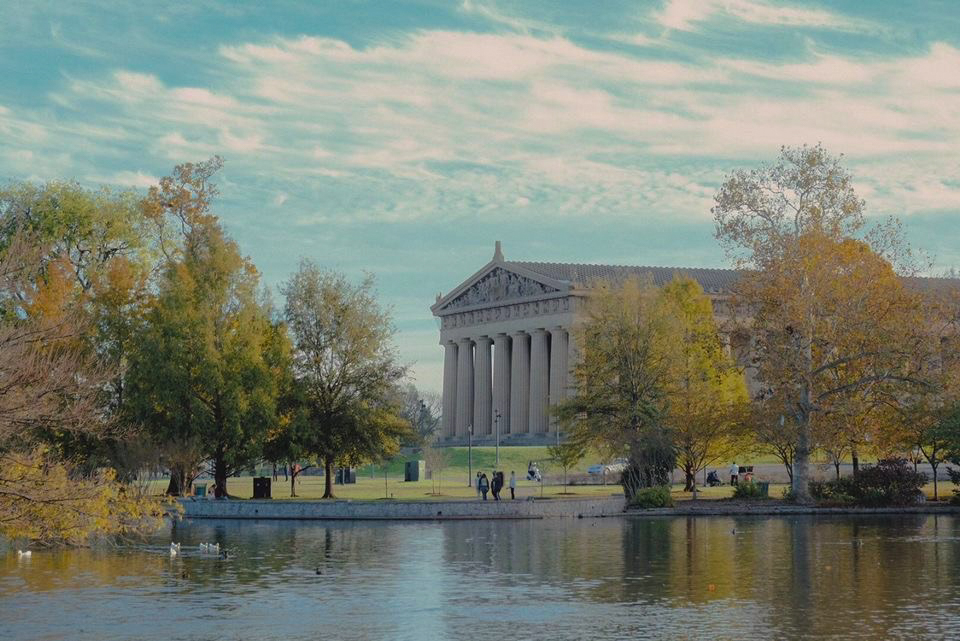 As students head into another semester which will have an all-virtual component,  many are again faced with the question of where to spend it. Time zones, convenience, community, and finances all factor into the decision. For some students in the fall, neither staying at home nor living near campus was ideal, so instead, they chose to live in new areas. A few gave insight into how their semesters went.

In a new city, you might need to buy furniture or other living essentials depending on your accommodations. Look first for furnished apartments, such as Airbnbs, or established programs that provide furniture and laundry. Living away from campus also means no dining plan, so consider how you will get meals.

Casey Qi, CC ’23, is a transfer student from Vanderbilt. Having spent the past year in Nashville, she was used to the environment and had friends who would be nearby, so she chose to live in an apartment across from Vanderbilt’s campus that she found from a GroupMe of students from Vanderbilt in the area. She had her own bathroom and room with shared common spaces, which she appreciated in contrast to only having a small dorm room last year.

Lilia Brahim, CC ’24, hails from Tunis, but her family has a home in Paris, making the city a convenient location for the semester. She lived alone in her parents’ apartment, which was already set up, although she sometimes had friends stay with her for a few days. 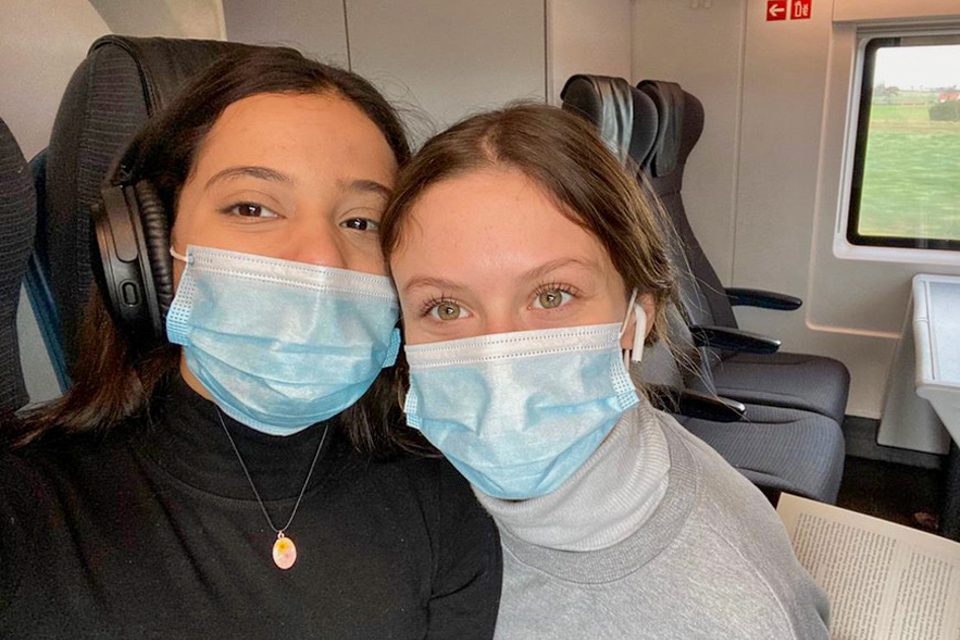 Brahim had been excited to move to New York from Tunis and have a new environment, but when fall housing was canceled, she changed her plans. “Coming from this very small city in North Africa, moving to New York was just like discovering everything about myself and about studying in this completely different system, and so when I knew that I couldn’t go to New York, I just knew that I needed change,” Brahim said.

Hannah Matin, SEAS ’23, shared Brahim’s reasoning. She knew she wanted to spend the semester with friends and not at home, so with two friends already living in London on gap years, she joined them for the fall. Because they had no prior connection to the city, they rented an Airbnb. Although this meant many of the living accommodations were already set up, having to manage a whole house, as opposed to only a dorm room or just living at home, was difficult at times. 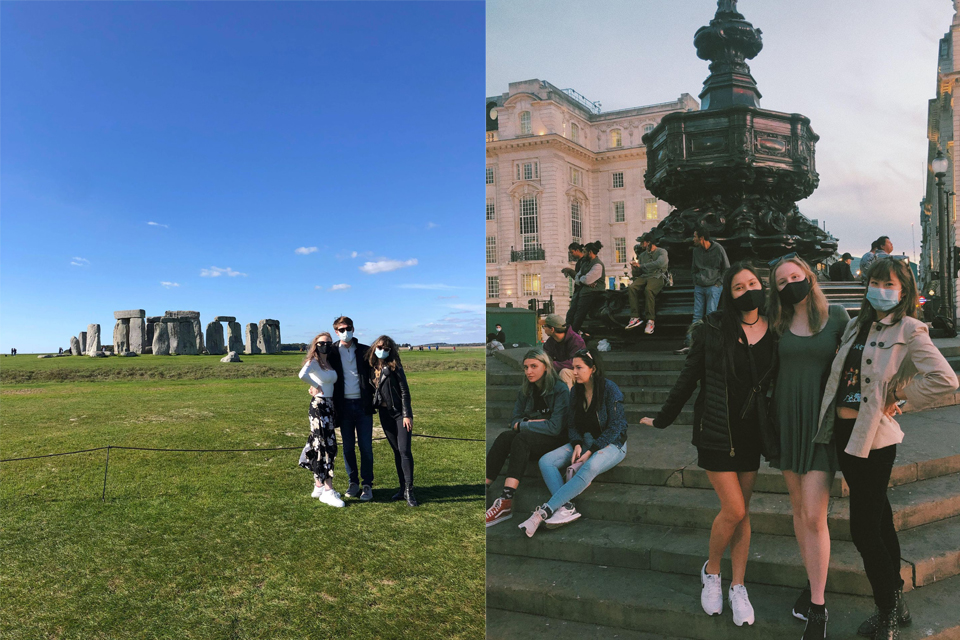 Like Matin, Rika Ichinose, SEAS ’21, and her friends also chose to live in an Airbnb in Palm Springs, California. When living at home in Boston during the spring, Ichinose found herself relying on her parents and wanted to be more independent and productive in the fall. Palm Springs was particularly appealing because of its weather and numerous options for outdoor activities, which could still be done safely with social distancing. Ichinose also appreciated the bigger space and kitchen, in addition to being able to choose everyone she lived with.

Jenna Zucker, BC ’21, chose to live on Gita Nagari Eco Farm and Sanctuary, a farm in central Pennsylvania, which they learned about from the Barnard Buy/Sell Facebook group. They knew that they did not want to stay at home for the semester, but New York City was too expensive. The farm Zucker lived at provided furniture and meals in a communal living situation for the 15 students living there, which made it more convenient. In return for the accommodations, they worked on the farm, doing tasks such as helping to cook meals and harvest the fields.

Not being in New York or at home means having to create a new community with potentially fewer students. While Zucker had a sense of community on the farm, they lacked the overall support system they had back in New York.

Although she did not know anyone going into the semester, Brahim quickly connected virtually with other students. She messaged people through the Columbia Class of 2024 Instagram page, who she said were all “super welcoming” and similarly excited to make connections.

Brahim also connected with students from other colleges in the same remote situation, but said she still lacked a connection with the overall Columbia community that she would have had on campus.

If possible, it may be easier to spend the semester in a new location with a pre-established community. Because Matin and Ichinose chose to live with friends, they had communities from the start.

“For me, more than anything, it was about being able to live in the same house as my friends, being able to walk over to the bedroom next to mine and just watching movies and eating together because I definitely missed that community since leaving campus,” Matin said.

Ichinose attributes most of her positive experience to being a senior and already having had three years to develop friendships. She was able to FaceTime friends and keep her support system, which may be harder for first-years who have not been able to forge these relationships on campus. Despite her positive experience this fall, she plans on returning to campus in the spring to be with the campus community.

Cons of being not in New York

Students all around the world have had to deal with changing COVID-19 restrictions. England and France, for example, went into lockdown in late October. Anticipating this, Matin and her friends returned to the United States earlier than they initially planned.

In any case, depending on your location, you may have to adjust to a new time zone and complete your work on a different schedule than your peers.

While Brahim is used to waking up early, she had to adjust her schedule in Paris to spend time with friends in the morning and work later at night. The nation-wide curfew of 8 p.m.  meant she could only see others in the morning. Matin and her friends also had to significantly adjust their schedules, with classes that ran around midnight and 2 a.m. GMT.

Not living in New York might also make your semester feel less like “Columbia.” Qi said that living in New York would have helped solidify her transition from a Vanderbilt student to a Columbia student. Ichinose also has many of her friends scattered around the world. As an engineering student, not having the spaces to collaborate with classmates was difficult for her.

While in the past there were libraries, lounges, classrooms, and coffee shops to study in on campus, living off-campus might mean that fewer of these spaces are available, and you will need to determine where you can be most productive. Unlike the city environment of Columbia, your location might also be secluded, which can be either a positive or a negative depending on your preferences.

Based on your living situation, you might be more or less independent than you were on campus or at home. For example, the ecological farm was a more structured program, which was easier for underclassmen to adjust to than upperclassmen—who are perhaps more used to living on their own. Zucker also had to handle the commitment of the jobs on the farm in addition to their schoolwork for the semester.

Benefits of not being in New York

One benefit of not being in New York is the opportunity to travel and to experience new places.

As a SEAS student, Matin did not anticipate being able to study abroad. She was able to explore the city and English countryside and to visit spots, such as Stonehenge and Bath on the weekends.

For Brahim, living in Paris was also a chance to explore the culture of the city. She spent previous trips mostly visiting family and friends and exploring European cultural sites. According to Brahim, this past semester also allowed her to engage more with her French identity, or as she put it, “having this time just for me to just admit that I’m as French as Tunisian and know French culture as much as I do know Tunisian culture.” 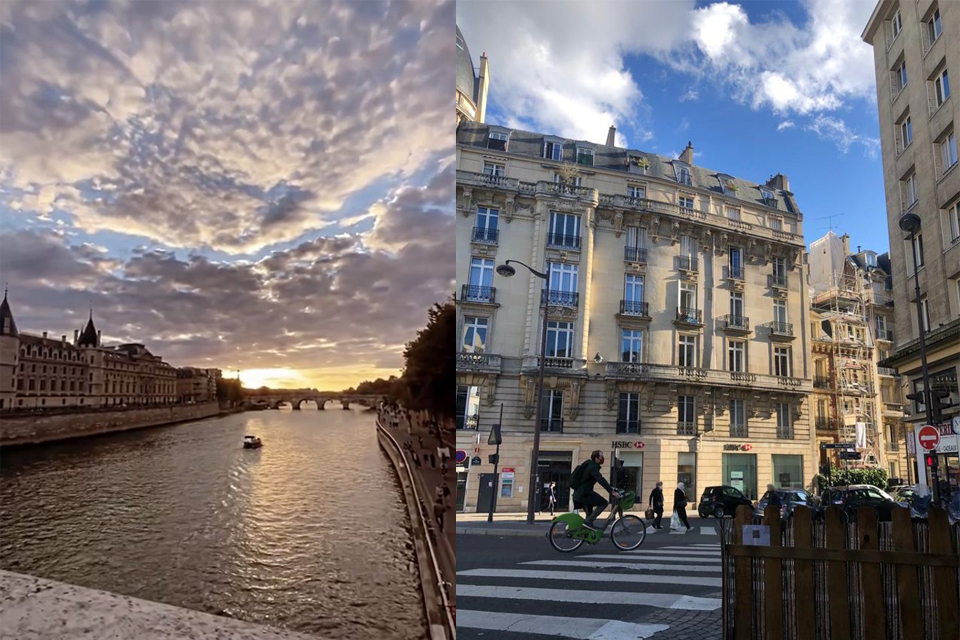 Qi appreciated how Nashville felt “idyllic” and not as intimidating as New York. Especially considering New York’s strict social distancing guidelines, being in a city that was less dense gave her more freedom and a more relaxing experience. She loves the appearance of the Vanderbilt campus and enjoyed going on runs around it.

With a remote semester, you can also take advantage of your recorded lectures to explore your new environment. Ichinose said she has developed a much better work-life balance. Without the commute to campus or her research, both of which took up much of her time during her first three years at Columbia, she was able to use the daylight hours to walk and hike outside or spend time with friends. She could then work when she knew she would be most productive: during the early morning and late night.

Ichinose recommends choosing a living arrangement that can foster the best living and learning environment for you and using the remote semester to find balance. “We have the ability to live outside the classroom,” Ichinose said.

Similarly, New York living can be expensive. Zucker noted that their accommodations on the farm were cheaper than living in the city would have been. They also had a new learning experience and met people from around the country, which they described as ideal for underclassmen looking for a community.

Wherever you choose to spend your remote semester, it may be beneficial to have a shorter-term lease or more flexible accommodations in case of an emergency—or in the event that your experience isn’t what you wanted it to be. Regardless, it’s important to remain open-minded.