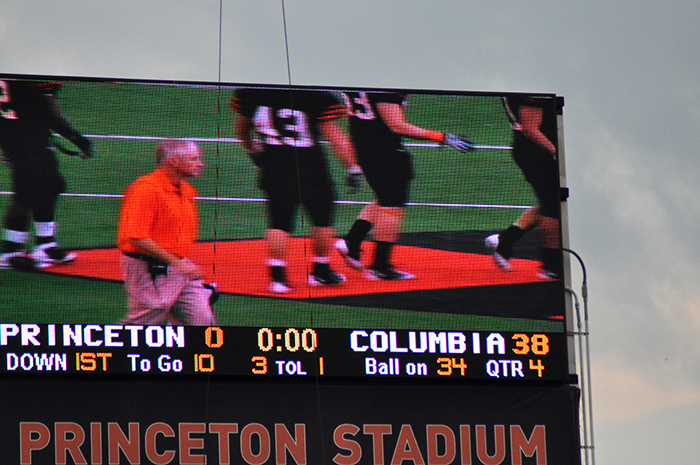 The Lions shut out Princeton for the first time since 1997, and the 38-point victory was Columbia's largest ever over the Tigers.

With a 38-0 road thrashing of Princeton Saturday afternoon, the Columbia football team kicked off its Ivy campaign on a winning note for the first time since 2003.

It was a win for the ages for the Lions (2-1, 1-0 Ivy), who hadn't pitched a shutout in Ivy League play since 1998 and hadn't done so in an Ivy road game since 1961. Only its fourth win ever at Princeton, the game marked Columbia's largest margin of victory ever against the Tigers.

Senior quarterback M.A. Olawale led the Lions on offense, throwing touchdown passes to wide receivers Austin Knowlin and Mike Stephens. He also scored on the ground to provide the game's first points, putting Columbia up 6-0 midway through the first quarter.

Senior cornerback Jared Morine proved to be the game-changer again with his second interception in three games, running a Tommy Wornham pass back 51 yards for a touchdown to turn Columbia's 9-0 halftime lead into a 17-point advantage with 9:44 to go in the third quarter.

The Lions blew the game open in the fourth quarter, putting Princeton away with two touchdowns through the air and a third on the ground from junior running back Leon Ivery.