FOOTBALL SUPPLEMENT: Burying the past

FOOTBALL SUPPLEMENT: Burying the past 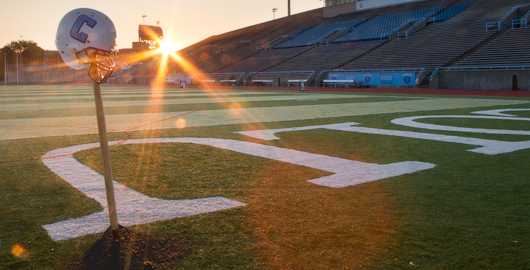 With a new coach and a new season, a new era begins this Saturday for Columbia football. Head coach Pete Mangurian has taken on the challenge of redefining a program that has had little success over the last five decades, including a 1-9 season last year that culminated in the firing of head coach Norries Wilson. As a new day dawns, the Lions are rebuilding the program from the ground up, leaving all the baggage of the past behind. In our 2012 football supplement, we take a look at how the culture has shifted so far through the eyes of players and the new head coach himself.