ALAM: I root for all Ivies

ALAM: I root for all Ivies 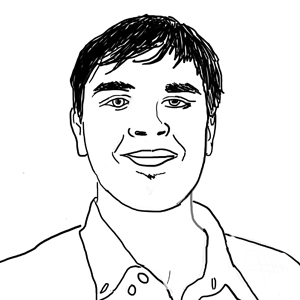 I was scrolling through Twitter one afternoon recently when I came across an interesting NHL note. One of the Tampa Bay Lightning's beat writers had tweeted the team's opening lineup. As usual, the Bolts were starting Steven Stamkos, easily the best pure goal-scorer in the game today, and 37-year-old Martin St. Louis, still one of the best playmakers around and a lock for the Hall of Fame when he retires. The other player on that line is normally Teddy Purcell, but the starting left wing that night was rookie Alex Killorn.

Normally, there's nothing especially interesting when a rookie starts on a line with two of the game's top players. Good forward lines are frequently built around star duos—Jonathan Toews and Marian Hossa, Alex Ovechkin and Nicklas Backstrom, Ryan Getzlaf and Corey Perry, Evgeni Malkin and James Neal—while the third member is rarely a mainstay.

What made Killorn stand out to me is that he graduated from Harvard—and just last year, too. (If we had a hockey team, we could have seen him play!) Even though I normally have a healthy dislike for any Harvard athletic success (though not as much as some of my classmates), I'm still happy when Ivies do well in a larger context.

As far as I've seen in professional sports fandom, this is largely a minority opinion. I'm pretty sure neither Yankees nor Red Sox fans are pleased by any success from their American League East Division rivals--rebuilt Toronto, upstart Baltimore, and "moneyballin'" Tampa Bay. Fans of rivals Pittsburgh and Philadelphia (I hope neither team ever wins another game, by the way) sure don't like seeing the recent improvement of their Atlantic Division rivals--the two New York teams and last year's Eastern Conference champ, New Jersey. Not being able to one-up a rival's success indicates weakness... so expletive them.

The opposite perspective exists only in special circumstances--crappy divisions or crappy finances. In the former case, you'll find fans of NHL teams in the soon-to-be-defunct Southeast Division able to root for fellow "Southleast" teams in the playoffs. And, in the latter case, it doesn't really seem like it's kosher to root against low-budget teams in any major sport--even if they're good, like the St. Louis Blues or the aforementioned Rays.

For me, the Ivy League falls under the former case. I gather the same sentiment exists in other mid-major conferences--see Florida Gulf Coast University's March Madness run. People who get into Princeton or Penn for undergrad could probably just as easily have come here. They're all decently (to extremely) smart people who are dedicated enough to both school and sports to come play in this conference, where a) they won't get a full ride to play, and b) it's harder to get good grades (well... I guess that's debatable, Harvard).

In marquee sports, Ivy teams can't even approach professional-caliber play. So when I'm watching lower-level sports, I try to focus more on individuals than on, say, systems. Because Ivy sports exist in a "mediocre athletic conference" niche--for many sports, at least--I'm just as excited to see Cornell's Daniel Haber add to his country-leading goal pace in men's soccer as I am seeing our own Nick Scott score a pretty goal. Again, I'm sure he could have come here, too, but instead he chose Cornell.

Somewhere in the multiverse, these major-sport Ivy stars are Lions instead of Bears or Bulldogs. Outside of games involving Columbia, it's hard for me not to root for their success. Many pixels have been used to illustrate how a student's choice of college doesn't define them, and it's not going to define how I see them either.

Muneeb Alam is a Columbia College sophomore. He is the sports columnist deputy for Spectator. Picked Apart runs biweekly.