Nottingham, Adebayo to miss remainder of 2013 season due to injury

Nottingham, Adebayo to miss remainder of 2013 season due to injury 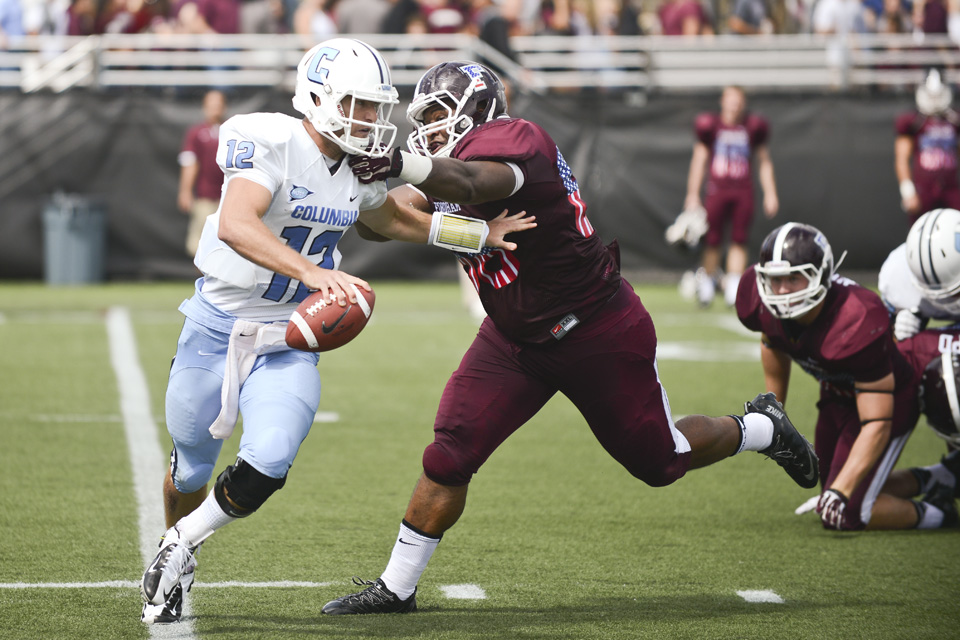 Both quarterback Brett Nottingham and defensive lineman Seyi Adebayo will miss the rest of this season.

A difficult start to the season just got significantly worse for the football team. Two of its best players—junior quarterback Brett Nottingham and senior defensive lineman Seyi Adebayo—will miss the remainder of the 2013 season due to injury, the team announced Sunday afternoon.

Nottingham, the much-heralded transfer quarterback from Stanford, injured his wrist during Saturday's season-opeining 52-7 loss at Fordham. Adebayo was attempting to come back from a knee injury that kept him out for all but a quarter of the 2012 season, but he will require another knee surgery in the coming weeks. The injury will end his collegiate career.

"This is an unfortunate, ugly reality of football at any level," head coach Pete Mangurian said in a statement. "Of course it is disappointing. These two young men have worked extraordinarily hard to prepare for the season. I feel for them. Brett will obviously have another year to play college football, but this injury has ended Seyi's college career. Both men have the full support of our football program."

Nottingham, who made his first start at quarterback since graduating high school, faced pressure for the majority of the game and was sacked four times in his Columbia debut. He finished 12 of 23 passing, with 144 yards and two interceptions.

Adebayo saw limited action in the first quarter. He walked off the field with trainers' assistance before trying to play later in the period when he was, again, escorted off the field.

Mangurian said that sophomore Trevor McDonagh will be the team's starting quarterback.

"I have the utmost confidence in Trevor McDonagh to lead our offense," he said. "We also have a solid combination of youth and experience on the defensive line to step up in the absence of Seyi. I have spoken with the team. They know our charge moving forward. I am confident we will."