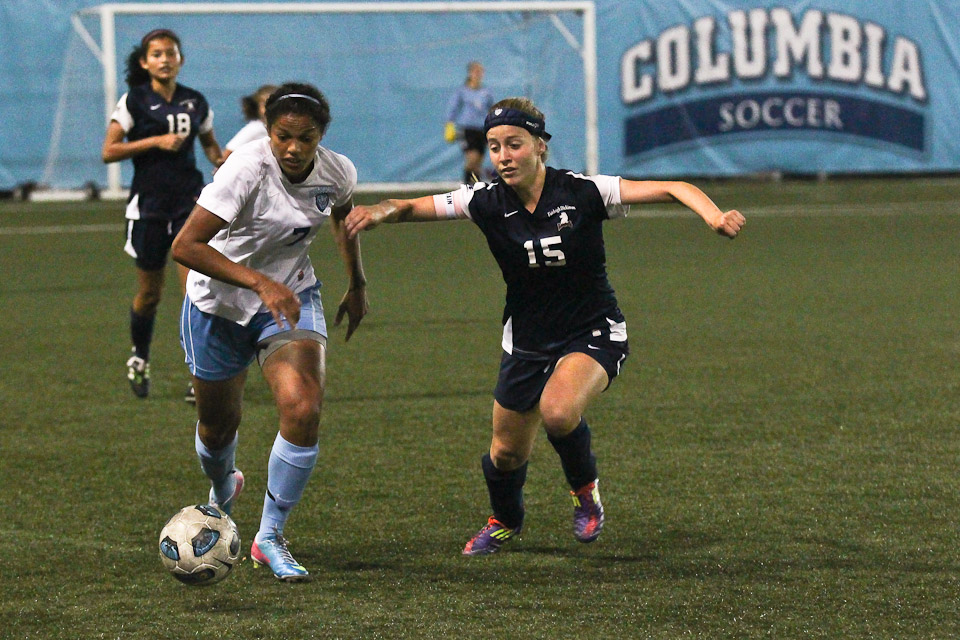 Two goals from senior Beverly Leon propelled Columbia to a bounce back victory against LIU Brooklyn.

The Lions' weekend got off to a sour start with their 2-0 Friday loss to the Big Red. As Cornell has done in its past contests, the team started strong from the get-go. Shanay Fischer put the Big Red on the board in the 19th minute of play off an assist from Rachel Nichols. The work was not done as Nichols supplied another assist to Dempsey Banks at the 31-minute mark to extend the lead to 2-0.

Cornell's offense smothered Columbia, as the hosts finished the game with a 15-7 edge to keep the defense on its heels.  Banks led the Big Red with six shots. Though junior Grace Redmon hauled in six saves, five different players had shots on goals to give the goalkeeper a variety of looks and angles.

After the disappointing result in Ithaca, the Lions beat LIU Brooklyn 3-0 in their first of five consecutive home contests. Senior Beverly Leon scored her third goal of the season just nine minutes in off assists from junior Alexa Yow and senior Natalie Melo.

Junior Torie Goode extended the lead with another goal after the break. Columbia's offense was strong, keeping LIU Brooklyn from even getting a shot off until after halftime. With just three minutes left to play, Leon sealed the win off an assist from sophomore Elly McGuffog for her second goal of the day.

Instead of needing their defense to provide multiple saves, the Lions held a consistent 16-3 edge on shots and got off three more corner kicks while LIU Brooklyn recorded seven fouls. The Lions looked sharp, collecting their third three-goal game and fourth shutout. A key going forward will be getting these performances against Ivy League teams, as six of the team's last eight opponents will be in the conference.

The Lions will look to rebound in conference play when they host Brown on Saturday night.