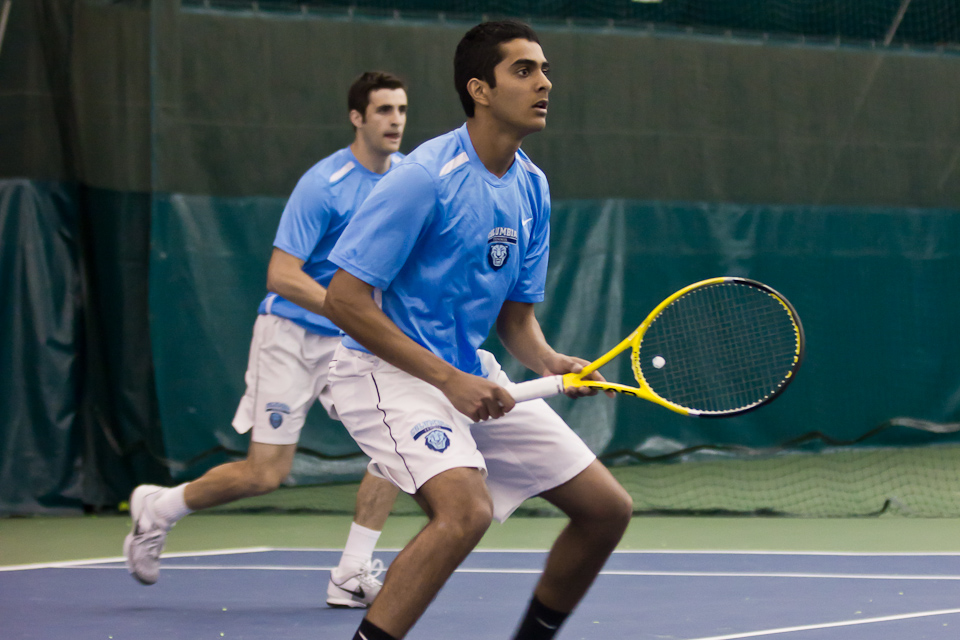 Juniors Max Schnur and Ashok Narayana knocked off the No. 1 doubles team in the nation to win the National Indoor Championships.

Ashok Narayana and Max Schnur finished their Cinderella run on Sunday, claiming the USTA/ITA Indoor National Championship in men's doubles by stunning the No. 1 team in the nation, Tennessee's Mikelis Libietis and Hunter Reese, in straight sets 6-3, 6-2.

The amazing thing about the junior duo's historic run—beyond the fact that they were playing only as a wildcard entry—was the poise with which they dominated the best college tennis players in the country.

"We knew we could beat any team," Schnur said. "But now we actually won a championship."

Coming into Sunday's final, Narayana and Schnur had yet to play a close match, defeating other teams 8-3, 8-4, and 8-3 leading into the semi-finals, where they topped Benjamin Lock and Marco Nunez of Florida State, 6-4, 6-4.

Against Libietis and Reese, the pair came out of the gates slightly hesitant and swapped the first few games. Then, when the set was knotted up at 2-2, a wave of energy seemed to hit them, allowing them to break Libietis' booming serve. From there on, it was all Lions.

"That break definitely swayed the energy, and it gave us a little bit of a margin so we could press, and be a little more aggressive, and steal another break if we could," Schnur said.

Although the win came as a surprise to many fans, Narayana and Schnur, who held serve the whole championship, felt confident about their ability to play at that high level.

Light Blue head coach Bid Goswami was ecstatic that they were able to take on the country's top team in the championship.

"The guys they played have been No. 1 in the country since February, and they hardly lose. They just won the All-American championships. It makes it that much better beating the No. 1 team in the championship," he said.

The impact of bringing the national championship to the Ivy League did not go unnoticed by ITA Executive Director David Benjamin.

"This really shows the quality of Columbia's program, to have a wildcard win it," he said. "This is the first Ivy championship since James Blake [in 1999], and before that there haven't been too many who have done it."

Benjamin was also impressed with how enthusiastic the Light Blue's home crowd was in supporting its players at the Billie Jean King Tennis Center in Flushing Meadows.

"There are a lot of Columbia fans encouraging the players and really getting into it," he said. "It really makes a difference to know your fans are behind you."

One of the reasons for the pair's success was their positive attitudes going into the weekend.

"Having the host wildcard spot, you almost feel lucky to have the chance," Narayana said. "And it is important to make the most of it."

After this victory, the Lions can be sure they will have a target on their back as the spring season approaches.

"We are excited," Goswami said. "We have our work cut out for us because now everyone will be gunning for us, but it's great to win this and have a national championship under our belt."