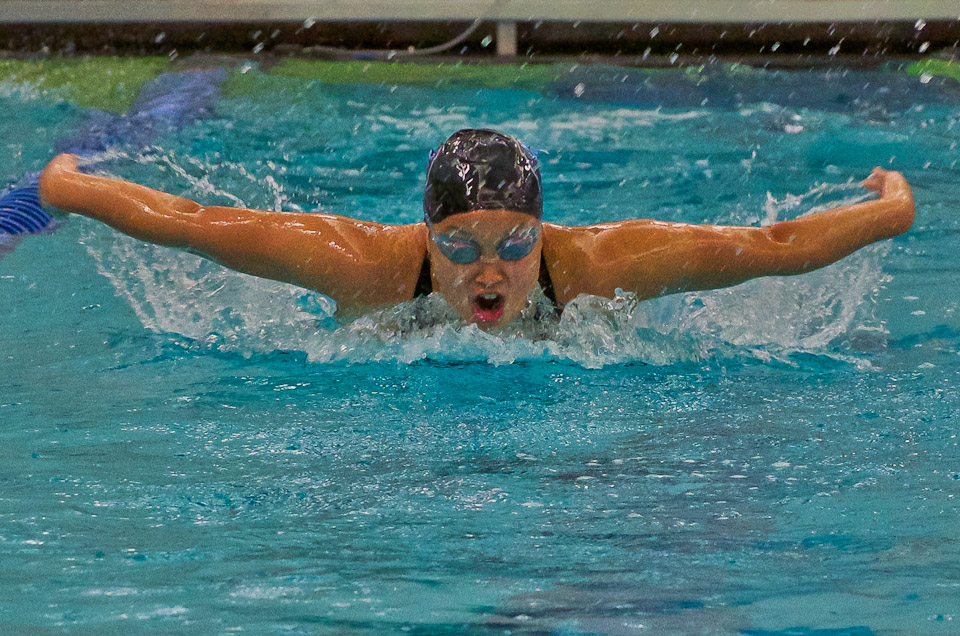 Sophomore Kristine Ng won the 200 butterfly and the 200 breathstroke.

After enduring three consecutive days of competition to open their season, the mens' swimming and diving team came away with wins in two of the three dual meets over the weekend.

The Lions had a rough start to the weekend after being bested by Penn (1-1) in Philadelphia. The Quakers took the top spot in the meet's first five events, en route to a dominating 185-113 victory.

The Lions had an easy win over Army (2-2) in a nonconference contest on Sunday afternoon concluding the meet 182.5-115.5. Jakl again drove the Light Blue's success, winning three events and swimming a career-best time of 51.09 in the 100 backstroke.

Women's swimming (3-0, 3-0 Ivy) continued its strong start to the season this weekend with historic wins over two Ivy opponents.

Following last week's season-opening victory over Harvard (2-1, 2-1 Ivy), the Lions dominated Yale (1-1, 0-1 Ivy) 185-115 on Friday at Uris Pool. Highlights included a Columbia sweep of the 100 backstroke, as first-place finisher and first-year Gabrielle Toback broke the previous program record with a time of 54.52. Toback also captured the 200 backstroke in another Columbia sweep, while senior captain Alena Kluge earned two first-place finishes in the 200 breaststroke and 400 individual medley.

On Saturday, the Lions came away with a 166-134 win over Penn (1-1, 0-1 Ivy), improving to 3-0 on the season as well as in conference play, a first in program history. The newest members of the team were once again instrumental, as Toback nabbed a win for the Lions in the 100 backstroke with a time of 55.00, while fellow first-year Trudi Patrick, a Spectator sports writer, was impressive in the 100 fly with a winning time of 54.97. Sophomore Kristine Ng earned a win in the 200 butterfly and the 200 breaststroke. She was followed in both events by her teammates, with Patrick second in the 200 butterfly and first-year Celia Frick following Ng in the 200 breaststroke with a time of 2:21.31.

The Lions will travel to New Jersey next weekend to participate in the Rutgers Invitational.