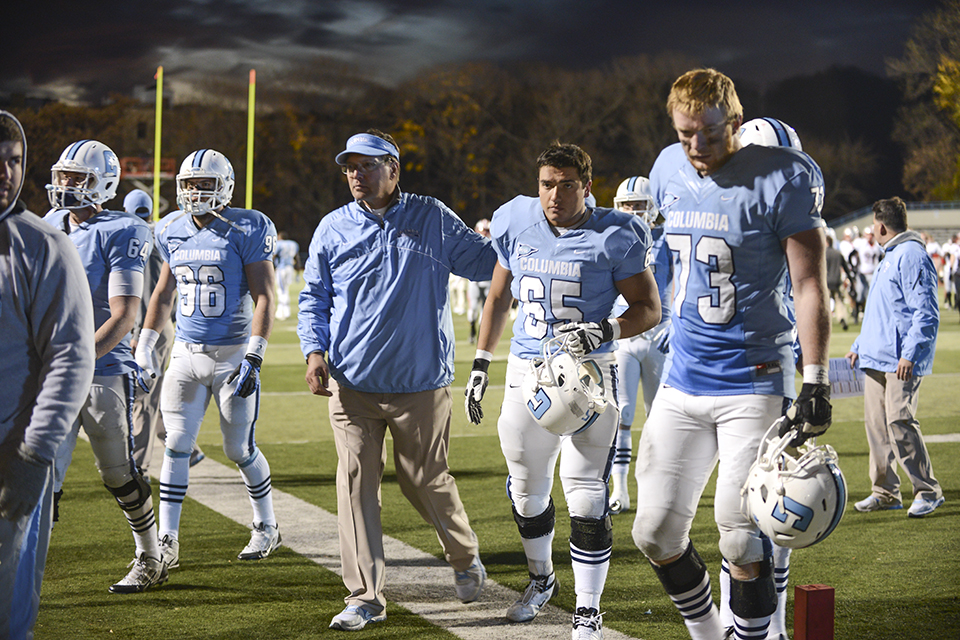 Columbia head coach Pete Mangurian remains resolute in his quest to turn the Lions into a winner.

With the football team's season record finishing at a winless 0-10 on Saturday, there is palpable unrest from those around the Columbia community—evidenced by the flying banner calling for the removal of head coach Pete Mangurian and Athletic Director M. Dianne Murphy.

In the immediate aftermath of concluding his second season as coach, Mangurian said that dealing with the barrage of negativity is "the most distasteful part of this whole process," especially because a good deal of it comes from the program's alumni.

"I'd be less than honest if I said it isn't more difficult than I thought it would be, and it's because of all the people out there that want to tear the program down for whatever reason," Mangurian said after the game. "Unfortunately some of them are our own. And that is really disappointing."

Columbia's dismal season was the first time the Light Blue went winless since the height of its 44-game winless streak in 1987, but it is the sixth time in program history that the Lions finished a season without a victory. Still, Mangurian said that he'd refuse to carry the baggage of the past as he continues to build the program.

"History is history—I can't answer for that," he said. "I told the players that today. We've had a common experience with the class that left last year and the class that left this year, and we're tied together for the rest of our lives on one level or another. And that's all that matters."

But history matters as well, and part of the perception is that things are worse than ever before. It is true that this season marked the first time Columbia gave up 50-plus points to four different opponents, but Mangurian said that some of the criticisms he's heard about the state of the program are unfounded. And although he didn't directly address those critiques with the team, Mangurian said he knows the players have read them.

"I think, in all honesty, that kind of attitude, and that kind of behavior, and that kind of speak is somewhat at the root of the problems that have held this program back for so many years," Mangurian added. "I just think it's a shame that people feel compelled to tear something down in the name of building it back up."

The head coach also said that he noticed the negative narratives picking up as the team moved closer to finishing 0-10.

"There's an emotional reaction to that stuff—there is for me too," Mangurian said. "The emotion in that really stems for me feeling bad for the players. I know where we're going."

Despite the ugly nature of the situation, senior linebacker Brian East said that he's found much value in going through the program's struggles in his four years on the team.

"You can win a bunch—I had the pleasure of doing that in high school [and] I don't think I learned half of what I did from this season," East said. "It'll be fun to watch this program continue to grow."

Though clearly not reflected in the Light Blue's 2013 record, that progression within Mangurian's blueprint is what the head coach said differentiates this season from the past.

"It's not the same. It may feel the same, but it's not," Mangurian said. "There's a plan in place that's based on empirical data, and a lot of knowledge and observation, and a great team of people that's a lot larger than anybody realizes, working to make this program and these kids successful."