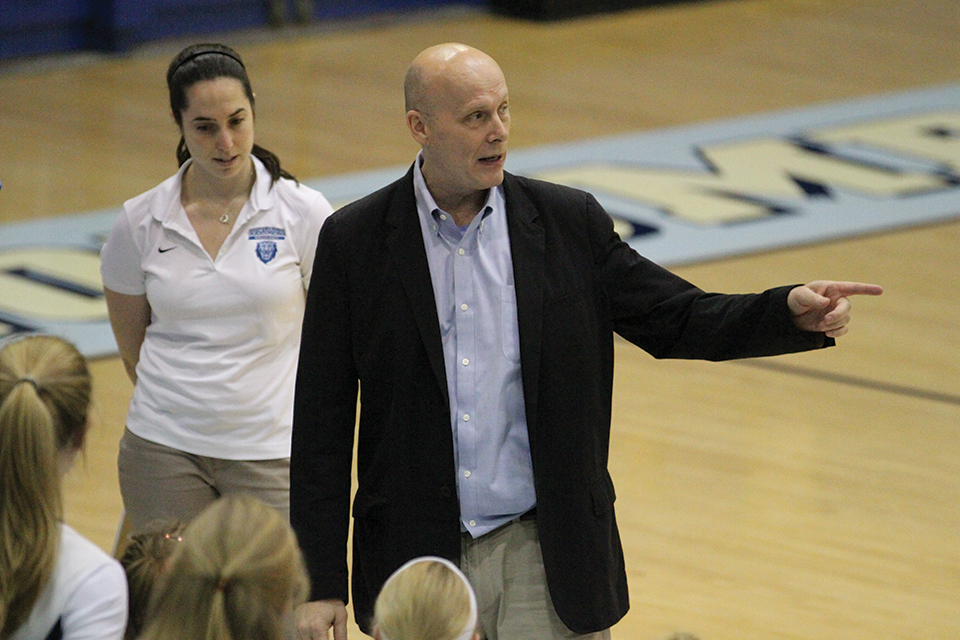 After six seasons at the helm of the program, Jon Wilson has retired as head coach of the women's volleyball team, Athletic Director M. Dianne Murphy announced Tuesday.

"I have thoroughly enjoyed by time at Columbia," Wilson said in a statement. "This was the right time for me to move on to another chapter in my life."

Wilson had a very successful tenure in Morningside Heights, taking over a historically unsuccessful program and elevating it to new heights. Since their first season as a varsity team in 1988, the Lions had only once posted a winning record in league play before Wilson took over in January 2008. He turned the team around, leading the Light Blue to a program record-tying 16 wins in 2010.

Though Columbia, amid a barrage of injuries, finished the 2013 season with a 4-10 record in Ivy play—tying for sixth—Wilson's 2012 squad finished second in the conference, the highest finish in school history. That team also tied a record—set the year before—with nine Ivy victories.

Wilson will retire with an overall record of 69-78, including a 33-51 mark against Ancient Eight opponents.

"Jon is both a wonderful volleyball coach and person," Murphy said in a statement. "Jon has done a great job rebuilding our volleyball program. We support him in his decision 100 percent."