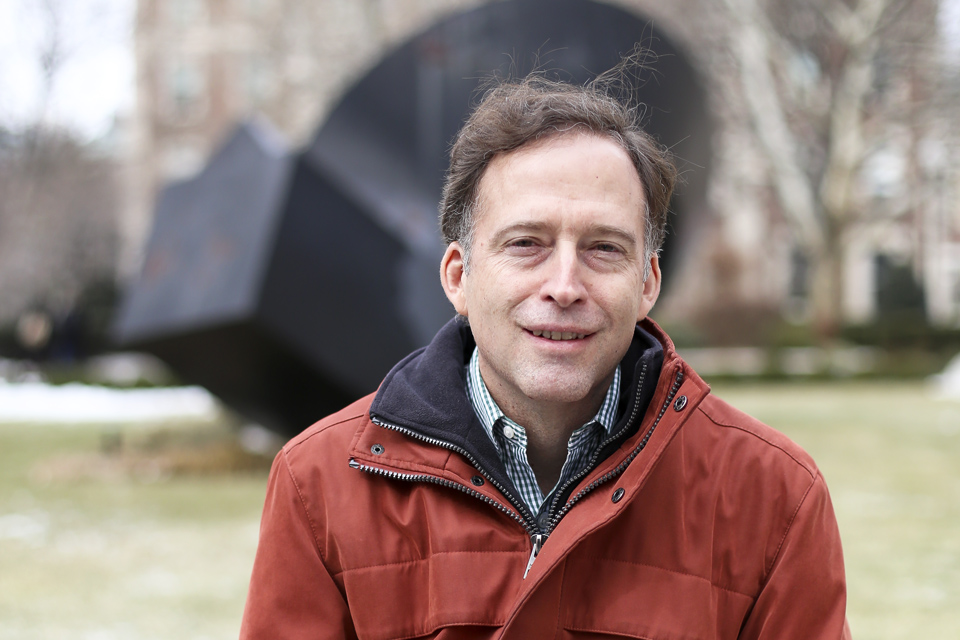 Prior to 2011, the PGA Tour hadn't introduced a new statistic in 15 years. But when Columbia Business School professor and Vice Dean Mark Broadie began looking at the game in a new way, the golf world did not cringe at the fresh new breath of ingenuity.

Broadie's new book, "Every Shot Counts," hits the shelves today and discusses some statistical metrics that the PGA has yet to start publishing. But Broadie's studies have already had a big impact on the sport.

Conventional golf wisdom, for example, holds that the best players have to be most efficient on the greens—as South African golfer Bobby Locke used to say, "You drive for show but putt for dough." But Broadie used more than a decade's worth of data from ShotLink, the PGA Tour's laser-tracking system, to show that approach shots are nearly three times as important as putting.

Through his strokes-gained approach, he also found that age and sex are not always big factors on the course.

"If all I saw were a golfer's shots, I would be hard-pressed to tell a 70-year-old man from a 35-year-old-woman from a 12-year-old kid," Broadie said.

The strokes-gained statistic incorporates all the new data available from ShotLink. While old golf statistics treated all putts the same way regardless of distance from the hole, Broadie is able to compare one golfer's putting from a specific location on the green to the average golfer's putting from the same location. Broadie then converts the numbers into golf's basic unit: strokes. It's an intuitive approach that professional golfers have generally received positively.

In 2011, the PGA Tour started publishing strokes-gained putting data, just three years after Broadie first wrote about it. Broadie said he expects the tour to add strokes-gained data for driving, approach shots, and the short game as well.

"Most of the people realize the flaws of traditional stats," Broadie said, adding that it's a conclusion he came to himself after playing golf for many years. "I spend five minutes explaining strokes gained if they don't already don't know it. 'Oh, that makes sense,' is the usual reaction."

While Broadie's ideas are gaining widespread appeal, Italian professional golfer and 2010 European Ryder Cup star Edoardo Molinari is perhaps the most vocal supporter of Broadie's research. Molinari, who has a master's degree in financial engineering from the Polytechnic University of Turin, began charting his own data in 2003 and reached out to Broadie when the PGA Tour implemented strokes-gained putting. They exchanged emails and quickly became friends. Molinari's coach, Sean Foley, is another advocate of the strokes-gained approach and, incidentally, also coaches Tiger Woods.

"I can promise you that most of Sean [Foley]'s students understand SGP [strokes-gained putting] and are aware of Dr. Broadie's research," Molinari said in an email, adding that professional golfers aren't necessarily vocal about the value of strokes gained, even if it helps them improve their games.

"Why would you give such precious information to someone you want to beat every week?" Molinari said.

In order to appeal to an audience beyond the professional ranks, Broadie needed to compile data from amateur golfers. Without the luxury of ShotLink, he used tens of thousands of shots from over 200 amateur golfers to show that the strokes-gained approach works regardless of skill level.

Broadie said he wants his upcoming book to help amateur golfers turn away from old-fashioned perspectives and expose them to strokes gained, which isn't well known among casual golfers and fans.

"One of the things I'm hoping to do with this book is to raise awareness of this [metric]," Broadie said. "Most people haven't heard of it."

Even if the strokes-gained approach doesn't gain much traction in the wider golf world, Molinari said he thinks Broadie has already revolutionized the way golfers look at the game.

"If it was for me, I'd give him a spot in the Golf Hall of Fame," Molinari said.