Men's basketball defeats Valparaiso, will play on in CIT

Men's basketball defeats Valparaiso, will play on in CIT 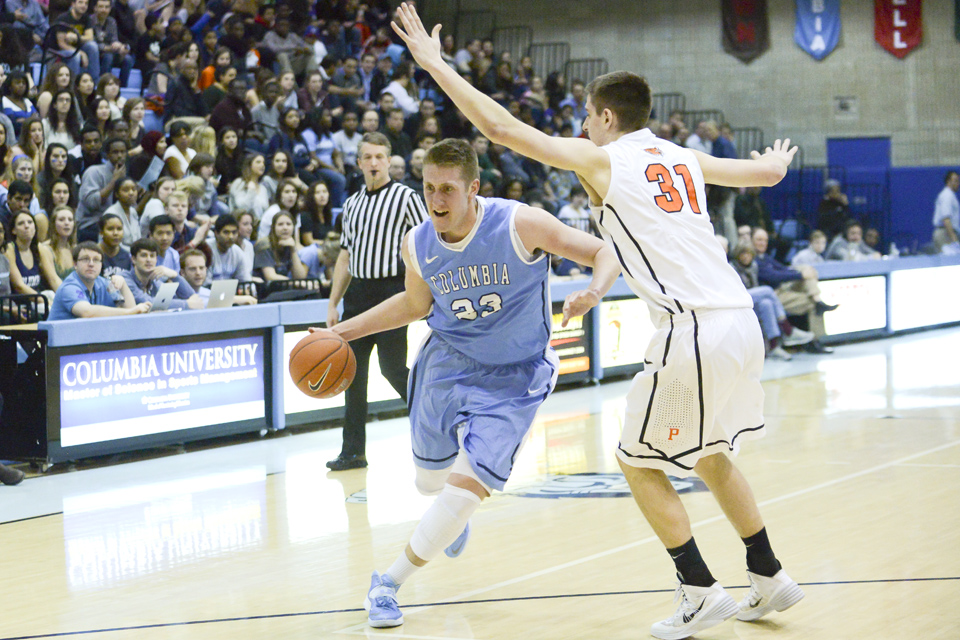 Junior center Cory Osetkowski was a big part of the Lion assault from beyond the arc, going 3-for-3 from downtown.

The men's basketball team will live to see another day.

Sophomore guard Maodo Lo knocked down a buzzer-beating jumper to lift the Light Blue to a win over Valparaiso, 58-56, in the CollegeInsider.com Tournament.

The game was played almost entirely within five points. Both teams led at times in the first half, and while Columbia led for most of the second, it was not able to pull away.

A long three with a little over three minutes to go put Valparaiso ahead by one, and a steal and dunk by guard Clay Yeo put the Crusaders up by three. But back-to-back buckets from junior center Cory Osetkowski put the Lions ahead by one with just under a minute remaining.

Forward Vashil Fernandez had a chance to put the Crusaders back on top after he was fouled after an offensive rebound—one of his six—but only hit one of two free throws.

After sophomore guard Isaac Cohen grabbed the rebound, the Lions gave the ball to Lo for the final possession of the game, and he spun, stepped back, and knocked down a 20-footer for the win.

Osetkowski continued his strong run of games, leading the Lions with 21 points—including 3-for-3 shooting from beyond the arc—while Lo had 13 to go along with eight rebounds and five assists.