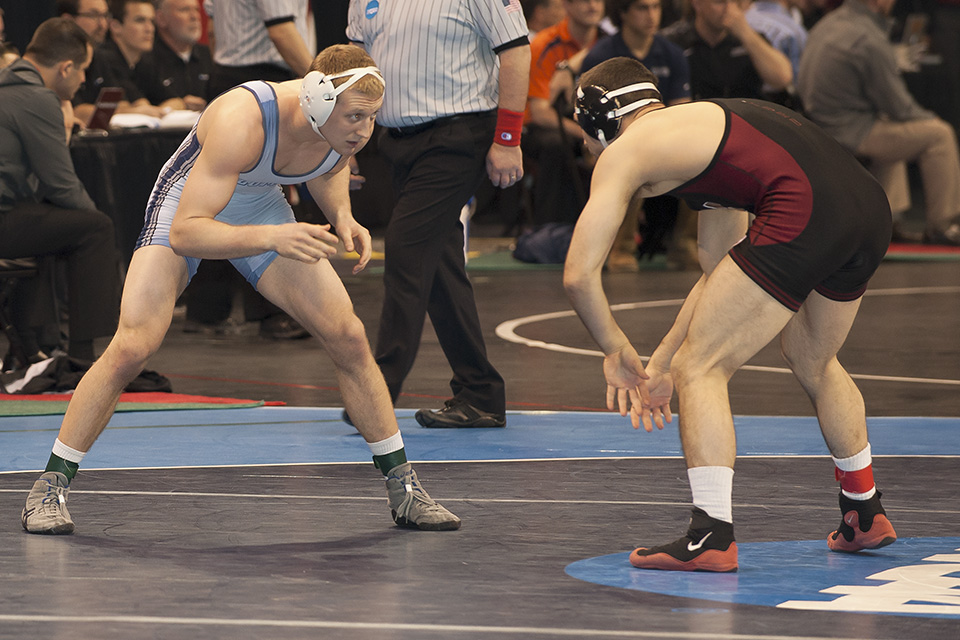 Senior Josh Houldsworth won a match in the consolation bracket after falling in his first match, but fell to Minnesotas Daniel Zilverberg to end his Columbia career.

Four Columbia wrestlers competed in the NCAA Championships from March 20 to 22, but the Lions were outmatched by the top competition in the country.

Senior co-captain Josh Houldsworth, junior Shane Hughes, sophomore Zack Hernandez, and first-year Markus Scheidel were all unseeded going into NCAAs. All four lost to favored opponents in the first round on Thursday, but Houldsworth, Hughes, and Scheidel rebounded with wins in the consolation bracket to move on to the second day. On Friday, the remaining Lions all took defeats, ending Columbia's run in the tournament.

In the first round of the 174-pound bracket, Hughes fell 8-3 to Old Dominion's Billy Curling, the 15th seed. Hughes then pinned Mike England of Missouri for his eighth fall of the year and his first NCAA victory, before losing via fall to Tony Dallago of Illinois.

At 157 pounds, Scheidel lost a 9-0 major decision to eighth-seeded Roger Pena, the Pac-12 champion from Oregon State. In his second match, Scheidel managed to outlast Ohio's Spartak Chino through two overtimes to earn the 10-6 decision, before losing a 9-3 decision to Virginia's Blaise Butler, the 10th seed.