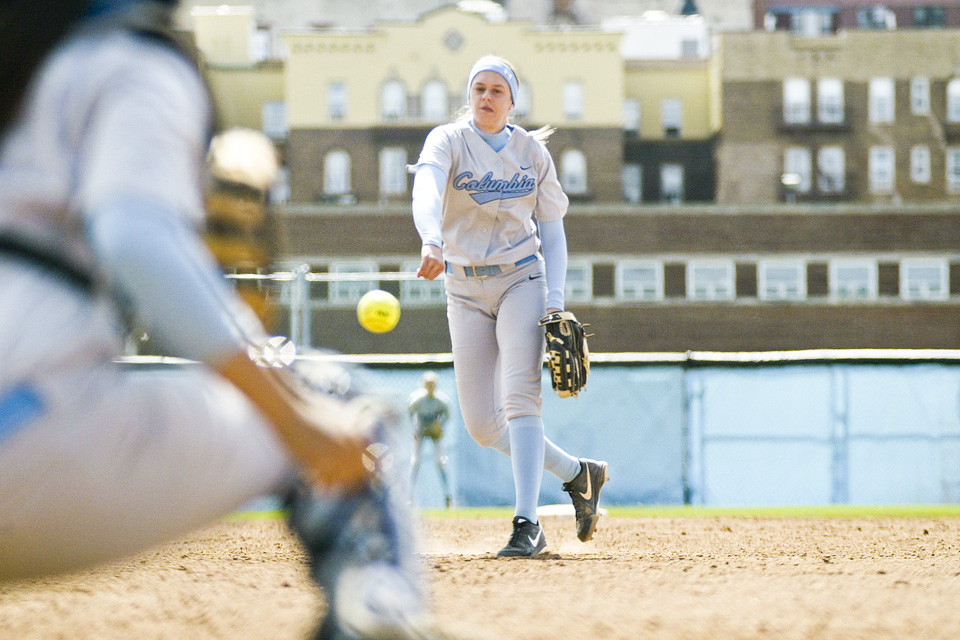 Junior Brooke Darling and the Columbia pitching staff could have a strong day against Princetons weak offense.

The softball team (15-15, 4-4 Ivy) will continue its homestand this weekend as the Lions host visiting Princeton (11-18, 3-3 Ivy) at Columbia Softball Field. The squad is coming off a disappointing split against Stony Brook this past Tuesday in which the team had trouble putting runs on the board.

Despite consistent pitching led by veterans such as junior Brooke Darling and up-and-comers such as lefty reliever Tonia Wu, the Lions have struggled tremendously from the plate lately.

This weekend will provide an opportunity for the squad to pick up the slack as it faces one of its weaker divisional opponents. Despite winning their last three, the Tigers still find themselves mired in last place in the South Division and have been inconsistent throughout the season.

With Ivy League play in full swing—the Lions only have one non-Ivy opponent remaining on their schedule—the Light Blue is looking to regain its position atop the South Division. Play kicks off on Saturday at 12:30 p.m. with the first of two doubleheaders. The second twin bill against the Tigers is slated to start at the same time on Sunday.