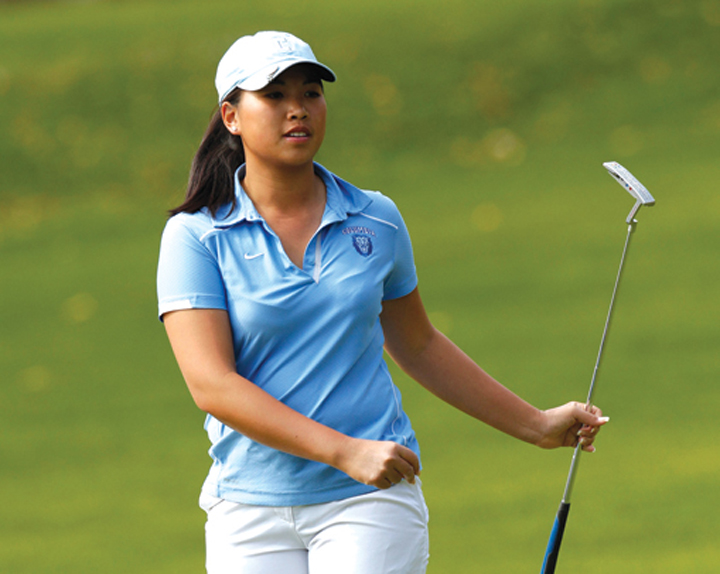 Columbia's women's golf team placed third in the Ivy League Championships, posting a middling performance in the first two rounds but recovering in the third.

The team shot 313 in the third round to move up two places from the end of the second round. The Lions outdid fourth-place Yale by one stroke, finishing with a combined score of 929 to the Bulldogs' 930. Harvard maintained its lead through all three rounds, finishing with a score of 900 and a 21-shot advantage over second-place Princeton, to complete its perfect spring campaign.

Senior Michelle Piyapattra led the Light Blue's comeback, following up a team-best 72 in the second round with a 75 in the final round to tie for fourth place individually. With the top-five finish, she earned first-team All-Ivy League honors for the third time in her career. First-year Camilla Vik and sophomore Monique Ishikawa both shot an 80 in the final round, moving Vik into a tie for 11th and Ishikawa into a tie for 19th. Rounding out Columbia's individual performances, first-years Rachel Shi and Jackie Chulya finished 22nd and 23rd, respectively.