Columbia volleyball gears up for first season under Katz

Columbia volleyball gears up for first season under Katz 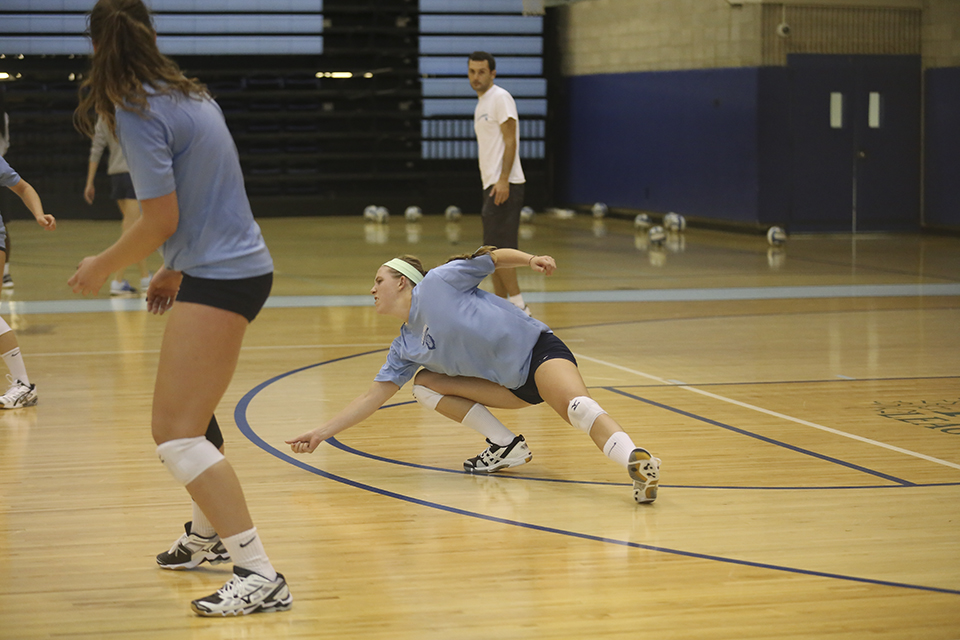 The Columbia volleyball team will return to the court for the 2014 season with five first-year recruits, a new head coach, and the goal of starting fresh after a turbulent end to last season.

Though newly appointed, rookie head coach Brie Katz brings plenty of familiarity with the program into her first season at the helm. Having worked with the volleyball team since 2004 in a number of roles, Katz said her experience helped in her transition to her new role as head coach and in recruiting a new class.

"I can speak honestly and passionately about what Columbia actually does for its student athletes. It's a really special place, and I think student athletes here have such an incredible opportunity," Katz said. "I've seen it happen now for 10 years, and it's so exciting to be a part of that, but also to be able to speak about it from a firsthand perspective."

The Light Blue's five first-years will not only provide additional lineup possibilities, but also a more powerful presence at the net. Middle blockers Caitlin Cole and Liz Fredrickson, listed at 6-foot-1 and 6-foot-3, respectively, will help the Lions improve their blocking, which Columbia struggled with late last season. Outside hitters Carla Dibbs and Anja Malesevic, along with setter Alex Andrejev, will contribute to the strength of the front row as well. Katz has been pleased with the enthusiasm and work ethic shown by these young players.

"They've brought that tone into the gym and into the program with them. I'm really excited for their future," Katz said. "They're all capable certainly of making an impact and seeing some court time this year."

The summer provided a valuable opportunity for the squad as a whole to increase its cohesiveness on the court. With 12 of the players in New York, the Light Blue was able to work not only on the technical aspects of serve-receives and transitions, but also on approaching matches as a team. Co-captains junior middle hitter Katarina Jovicic and senior libero Charlee Dyroff will lead their teammates into the 2014 campaign.

"Those two in particular have decided that every day they live, they're committed to being the best volleyball players they can be and the best students they can be," Katz said. "Because they live and breathe that, I think they're the best people to set that example for the rest of the team."

In addition to the two captains, Katz will have a capable staff surrounding her. Faimie Kingsley, who played internationally in Poland and was a finalist for the Sun Belt Conference Player of the Year Award in 2011 while at Denver, and experienced scout and coach Adriano Di Peco will serve as assistant coaches to Katz.

"One of my goals was to build a staff that I thought could be the best in the Ivy League and that could provide an excellent experience for our student athletes. So far I think I've done that," Katz said. "I couldn't have asked for a better staff with Adriano and Faimie. They're both exceptional in the gym, and I think the three of us balance each other well."

Under the direction of a revamped coaching staff, the Columbia volleyball program has the opportunity to get the program back on track after the Lions followed up a program-best second place finish in the Ivy League in 2012 by tying for last in 2013. The team will be put to the test this weekend when the Light Blue hosts the Columbia Invitational at Levien Gymnasium. The Lions will face Bucknell on Friday and Stony Brook and Fairfield on Saturday.

Katz said the first weeks are an important opportunity for the team to lay a foundation for a successful season and set the tone for future years.

"We think that we have the beginnings of a program that can do something that hasn't been done here before. But at the moment, it's just about defining for us what hard work looks like and what kind of expectations we need to have for ourselves at the gym every day," Katz said. "Once we get to that certain level internally, the wins will come."