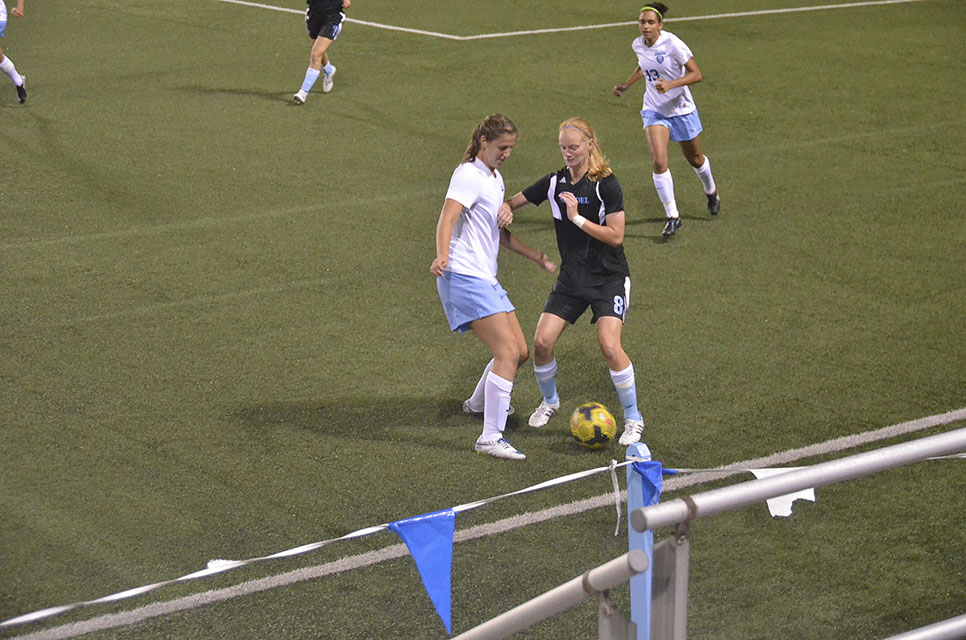 It's been six years since Columbia women's soccer last finished with a winning record in conference play. That was in 2008-09, when the Light Blue squad finished third in the Ivy League with a 4-2-1 record. Two years before that, the 2006-07 season, was the last time the team won the Ivy title.

However, a relatively barren history does not dissuade this year's Lions or head coach Tracey Bartholomew. She relishes the opportunity to compete in a more prestigious conference after playing Ivy League competition during her stint at LIU-Brooklyn.

"I always enjoyed going and playing against those coaches," Bartholomew said. "Many of them who are female coaches are some of the best coaches in the country and have been for years. I feel honored to be in it and among it and now trying to figure how we can be competitive in every single game."

One distinguishing factor in the Ivy League, according to Bartholomew, is the importance of the conference champion's automatic bid for the NCAA tournament—at-large bids are rare for any school from the Ancient Eight.

"Every single game is like the end of the world," Bartholomew said. "If you're not coming out on top, it's one less opportunity or chance to keep your season alive. The game matters so much."

Another challenge that Bartholomew faces is trying to rapidly familiarize herself with the league. Although she faced Ivy League opponents at LIU-Brooklyn, she has lost a trusted source of scouting reports now that she is coaching in the Ancient Eight.

"Being a coach for 14 years at LIU and some of the coaches in the conference [Ivy League] were friends of mine, so we would share scouting reports and things," she said. "We would always hear stories, and we would always ask, 'What it's like?' ... The rivalries that people would tell us about. Now that we're in conference, those coaches aren't telling us anything."

As a result, she has turned to some of her experienced players—in particular, her seniors—for advice about conference play, and they've noted how physical each match can be.

The Lions enter conference play on a five-game unbeaten streak and three-game shutout streak. The Light Blue will be hoping to ride its wave of defensive success into conference play, but will need to do better converting chances into goals. The Lions have scored just six goals on the season.

"When you're not letting in goals and you know your team is doing those things, it can set you up going into conference," Bartholomew said. "You feel good coming off a win, but at the end of the day, you still are 0-0. You've got to step onto that field and bring everything that you have and play a great game and hopefully come out on top."