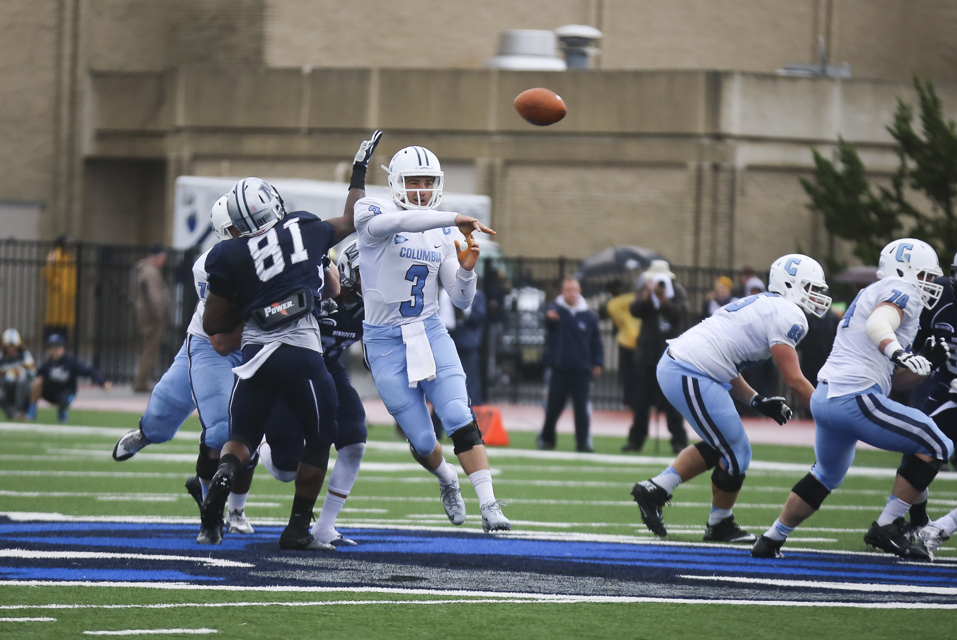 Head coach Pete Mangurian announced in a statement that Columbia would be moving on without junior Brett Nottingham.

"I met with Brett Nottingham on Sunday morning to tell him of my decision to start [junior quarterback] Trevor (McDonagh) versus Penn," head coach Pete Mangurian said in a statement. "Brett then said he needed time to reevaluate his position with the team. I gave him that time. Having received no response to numerous attempts to reach Brett, we are moving forward with our preparation as though he will not be part of our football program."

Nottingham—who has not responded to a request for comment—is not longer listed on the team's roster on GoColumbiaLions.com.

Nottingham, one of the Lions' co-captains, came to Morningside Heights after serving as 2012 No. 1 overall pick Andrew Luck's backup at Stanford. He was a highly touted recruit coming out of high school—earning a four-star rating from Rivals.com—but chose to transfer to Columbia after losing out on the starting job to Josh Nunes.

After suffering a season-ending wrist injury in his first game in Light Blue last year at Fordham, Nottingham started all four of Columbia's games thus far this season. He logged 526 passing yards and one touchdown on 55-of-113 passing in those games, also throwing seven interceptions.

[Related: Nottingham, Adebayo out for season with injuries]

Nottingham struggled Saturday in a loss to Monmouth, throwing three first-half interceptions before getting benched in favor of McDonagh. McDonagh went on to throw four touchdowns and one interception en route to being named to the Ivy League's Weekly Honor Roll.

Mangurian was critical of Nottingham after the game.

"It wasn't just the picks," Mangurian said of his decision to sit Nottingham. "It's the other stuff that is indicative of preparation, an individual's preparation."