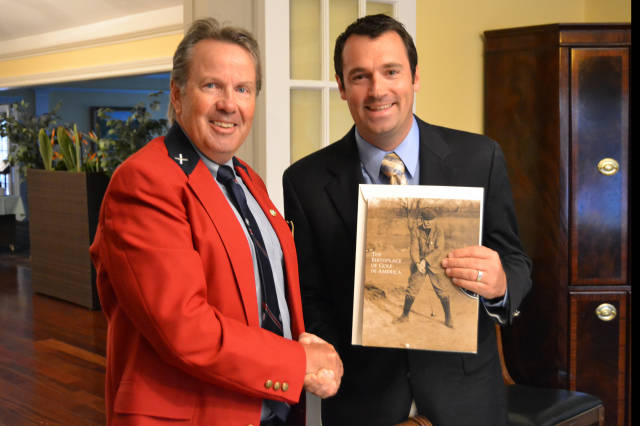 Lions head coach Rich Mueller ironed out an agreement with St. Andrews Golf Club to make it the official home of the Light Blue golf team.

The men's golf team finally has a place to call its official home course.

"St. Andrew's has always been the home of Columbia University," Mueller said. "The framework has never been formally outlined or sort of solidified. This was about formally recognizing what had been happening for awhile."

St. Andrew's, located in Westchester Country, was one of the five founding golf courses of the United States Golf Association, the national governing body of golf. In 1894, it hosted the first National Amateur Championship.

In the short term, the defending Ivy League champions will boast one of the best practice facilities in the greater New York area, according to Mueller, who added that the combination of top-notch facilities and a historic course makes St. Andrew's unique among home golf courses around the Ancient Eight.

The Light Blue has practiced at St. Andrew's for the past 30 years, but the decision to substantiate the relationship follows the announcement from the golf club that it plans to upgrade its facilities.

In particular, the club will revamp its driving range. It has already switched from turf to grass, and by the spring, it plans to have expanded the driving range and added a new building on the range with cameras and the TrackMan radar system, which can show a golfer the probable flight path of the ball after contact.

According to junior Harrison Shih, the improvements will pay dividends for the Light Blue during future winters.

"Essentially, it's also going to give us a better practice facility for the winter because we'll be able to hit balls indoors and get it out on the driving range, and see our ball's flight," Shih said.

Shih added that the improvements weren't the only reasons behind the agreement, stressing that the golf club had always been extremely hospitable to the Lions.

That attitude fits with Mueller's bigger hope, which is to make St. Andrew's part of the Columbia community by drawing students, faculty, and alumni to the club.

"This is about trying to give Columbia a golf course," Mueller said.

Mueller said he believes that the combination of playing golf for the defending Ivy League champions and utilizing elite facilities on a daily basis would also be tantalizing to any prospective college golfer, improving Columbia's recruiting power.

"It's been a nice upgrade of the program, for sure," Shih said. "This is a step in the right direction for the program."