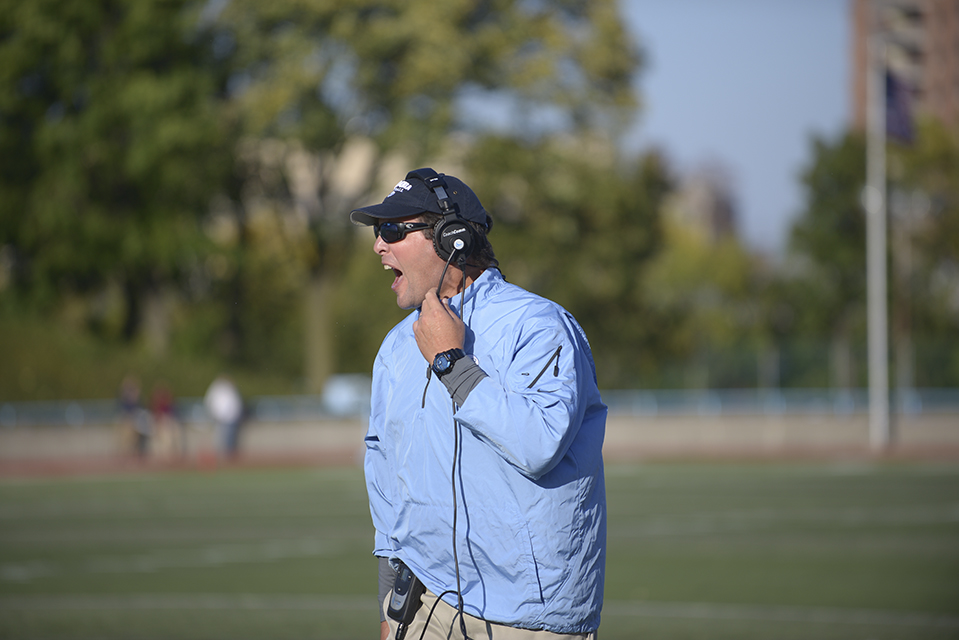 Football head coach Pete Mangurian was derided for his handling of older players, injured players, training regimens, and much more in a letter sent by 25 football players to University President Lee Bollinger.

Three years into football head coach Pete Mangurian's tenure, it looks like some of his players have had enough.

In a letter to University President Lee Bollinger, Board of Trustees Chair Jonathan Schiller, and former Board of Trustees Chair Bill Campbell, 25 players laid out a series of allegations against Mangurian. The grievances ranged from criticism of the way Mangurian handled the relationships between younger players and upperclassmen to claims that he pressured players to play with concussions.

The letter has since been withdrawn, and requests for comment by players regarding the circumstances behind the letter were declined.

Still, Mangurian has had a disappointing tenure at Columbia, and has garnered a lot of criticism from alumni for the way he has handled the team during its current 21-game losing streak.

The Lions have had their fair share of off-field issues as well under him, ranging from a hate-crime arrest and subsequent Twitter scandal to starting quarterback Brett Nottingham's decision to quit the team in October.

Additionally, Bollinger announced in November that former college football head coach and athletic director Rick Taylor would be brought in as a consultant to help mend the football program. Bollinger did not immediately respond to a request for comment on Wednesday.

The letter contains other allegations that, if true, signify even deeper problems permeating the beleaguered Light Blue program.

"The University routinely reviews complaints and concerns raised by students, but we generally do not comment on specific cases or individuals," a University spokesperson said in response to a request for comment from Mangurian.

In addition to blaming him for creating age-based rifts within the team and mishandling concussions, the letter accuses Mangurian of being physically abusive, alienating injured players, imposing drastic and unrealistic weight regimens, and delivering a particularly scathing speech after the team's 42-7 loss at Albany.

"You are terrible [expletive] people," Mangurian allegedly told his players after that game—the expletive had been edited out in the copy sent to Spectator by Jake Novak, CC '92 and editor of the blog CULions. "The world would be a better place without you."

Alumni are already clamoring for Mangurian's ouster, and with the new revelations, the pressure is only likely to increase.

Athletic Director M. Dianne Murphy acknowledged the existence of the letter, but had no further comment.