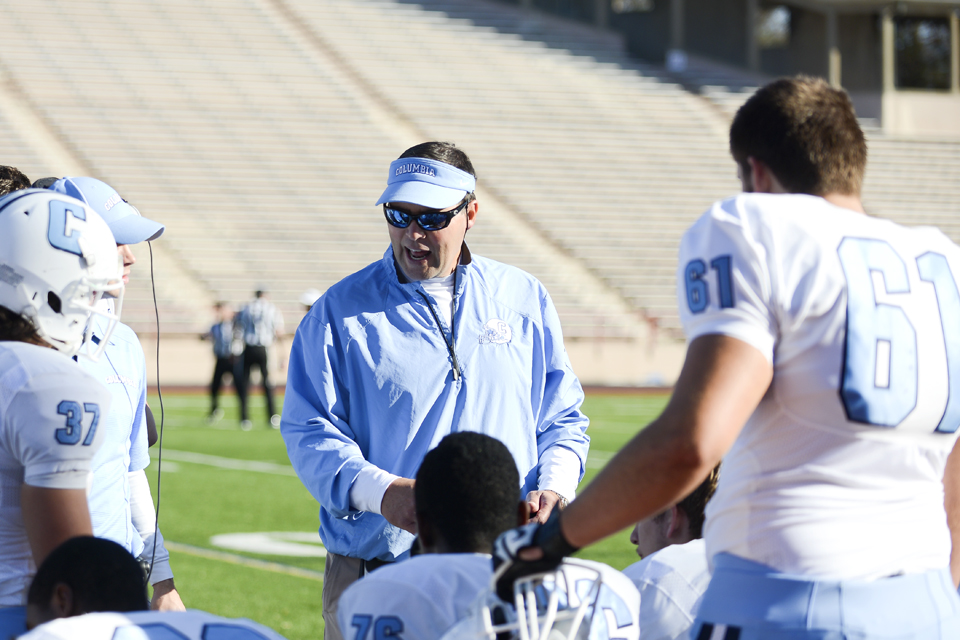 Coming off back-to-back 0-10 seasons, embattled football head coach Pete Mangurian stepped down as charges of physical and emotional abuse surfaced in a letter signed by players.

"I have accepted Pete Mangurian's resignation because we have all come to the conclusion that it would be in the best interests of Columbia Athletics," the release said. "Under Dianne Murphy, Columbia teams have built a new winning tradition across our men's and women's sports and we expect no less of our football program."

The University also released a statement Friday regarding accusations that Mangurian encouraged players to play through concussions.

"The University routinely reviews complaints and concerns raised by students, even those that have been withdrawn," the statement read. "While we don't generally comment on specific cases under review, it is essential to note that Columbia adheres to a strict medical protocol regarding head injuries for all sports teams and our investigation has found no evidence to support an allegation of a departure from that protocol with our football players."

Mangurian logged a 3-27 record during his Columbia tenure. The team finished 3-7 and was generally competitive in 2012, his first year as head coach. But the Lions went 0-10 in each of the following seasons, and are currently riding a 21-game losing streak.

Columbia was thoroughly overmatched in most of its games during that span, losing 12 contests by more than 30 points. The Light Blue also failed to score even once in three contests against Harvard under Mangurian, losing by a combined score of 148-0.

Beyond the letter, there have been other signs of discontent this season as well. Former starting quarterback and Stanford transfer Brett Nottingham left the team following his benching in a 62-28 loss to Monmouth on Oct. 11.

A review of the program headed by former college football head coach and athletic director Rick Taylor is currently underway.

"We are committed to providing our dedicated student athletes with the best possible opportunities to succeed both on and off the field," the press release said. "So we will now look forward to completing consultant Rick Taylor's expert review of our football operations that will help us chart a new direction under a new coach."