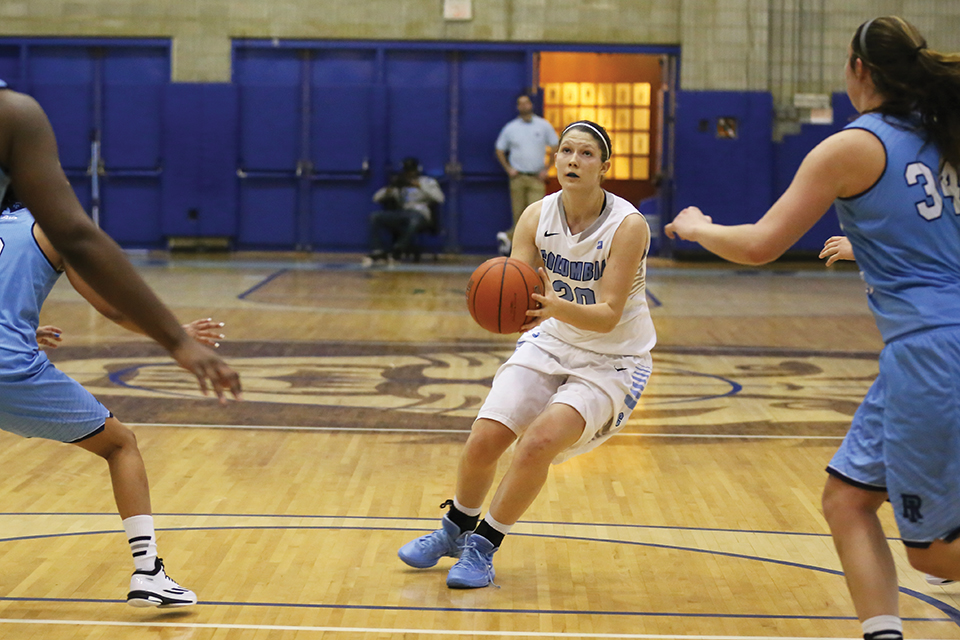 First-year forward Camille Zimmermans 15.1 points per game leads all Ivy League rookies, and her five conference Rookie of the Week honors are a program record for the Lions.

To say the women's basketball team has faced its fair share of struggles over the last few years would be an understatement. Two years ago, in former head coach Paul Nixon's final year, the team went an abysmal 5-23.

However, a new day dawned for the program when current head coach Stephanie Glance took the helm last season. The team made a slow turn in the 2013-14 season, grudgingly developing a culture of competitiveness and confidence.

Now that Glance's first recruiting class has hit the hard court in Levien Gymnasium, the turn seems sharper. Although Columbia still maintains a losing record at 6-9 at the front end of Ivy play, the Lions are showing a willingness to compete that fans haven't seen in years.

Leading the way for the Light Blue first-years are forward Camille Zimmerman and guard Alexa Giuliano, both of whom have worked their way into the starting lineup.

"They work very hard in practice every day, they're very accountable, they practice like they play, so they don't take days off. ... They don't have letdowns in practice," Glance said of Zimmerman and Giuliano.

Giuliano has proven to be a threat from downtown, something the team has needed for some time. While there are a number of players that can knock down some treys, none have the range or consistency of Giuliano.

Additionally, Zimmerman ranks sixth in the Ivy League in scoring, averaging 15.1 points per game, while Giuliano is second in the league in three-point field goals made, with 39 for the season.

Also receiving some substantial playing time is first-year guard Paige Tippet, whose tenacity and defensive hustle make her an asset coming off the bench.

"She's physically tough and she's mentally tough," Glance said of Tippet. "And she plays with confidence. She's just really getting used to the college game and the passes and the ball handling that is required at this level."

Tippet has become especially vital to the Light Blue in the wake of some holes in the team's backcourt. Junior Sara Mead, who was the Lions' starting point guard, has been sidelined since the Wagner game with a concussion, and first-year guard Kathleen Ryan, who was beginning to see some sizable playing time, is out indefinitely with mononucleosis.

Glance said that Ryan was showing some promise prior to becoming ill.

"Kate was actually working into more and more playing time, and she's very good with her ball handling skills, but she has mono, so she's out indefinitely as well," she said.

Along with the first-year players' extraordinary work ethic, Glance credits the example set by the team's more experienced players for the success of the less experienced ones. The Lions' leadership team consists of Mead, sophomore forward and leading scorer Tori Oliver, senior forward Campbell Mobley, and senior guard Miwa Tachibana, who has stepped into the starting point guard role in the wake of Mead's absence.

Regardless of the Lions' losing record, the team is in a better spot than it was in last year, and with the success Glance's first recruiting class and the promise of future classes, good things are on the horizon.