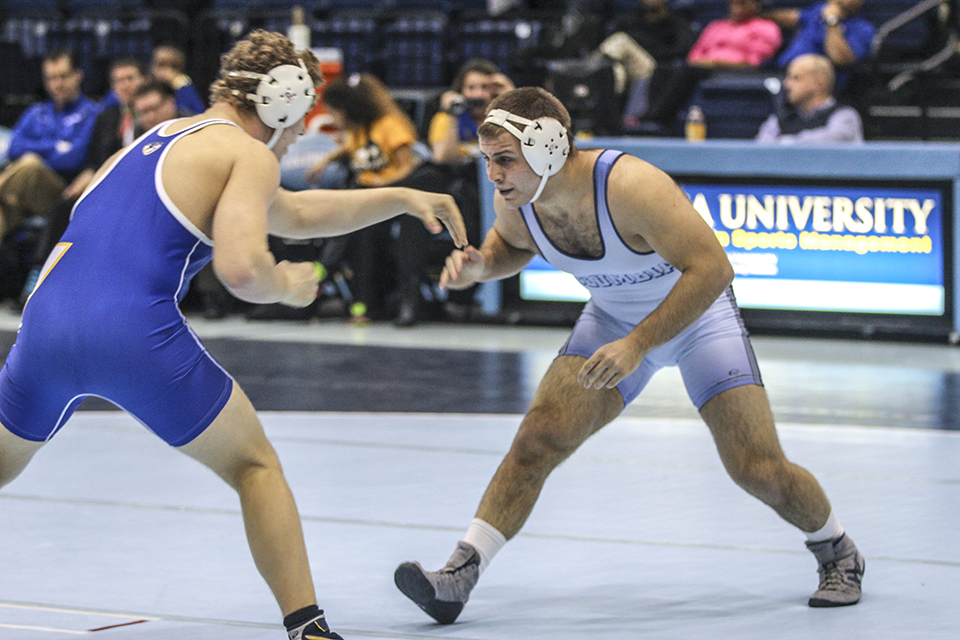 Senior Matt Idelson will finish up his collegiate career as Columbia takes on Harvard and Brown in the final regular-season matches of the season.

Columbia wrestling will compete in its final two matches of the season on the road this weekend.

Columbia's head coach Carl Fronhofer spoke about the similarities between the team's position this year and last year.

"It's funny because we were in the same position—we had a chance to beat Princeton and Penn, and we didn't wrestle that well and we lost. This year, we were a little more banged up—we were kind of behind the eight ball a little bit going into those two matches with starters out, but even with them out, I still thought we had a chance to win," he said.

Then came Harvard and Brown against Columbia at home.

"We brought Harvard and Brown in here, and we beat both of those guys up pretty good, and carried a bunch of momentum into the conference championships—qualified a handful of guys to the NCAAs, and it was all good," Fronhofer said.

The major difference this season is that Columbia will wrestle Harvard and Brown on their mats. Without the advantage of wrestling at home and injuries to key wrestlers, like sophomore Markus Scheidel, the Lions will need to rely on their younger, less experienced talent.

Last season, Columbia defeated both Harvard and Brown, 33-10 and 33-9, respectively.

The Light Blue will look to repeat history this weekend as they wrestle Harvard on Friday at 6 p.m., and then Brown on Saturday at 1 p.m.