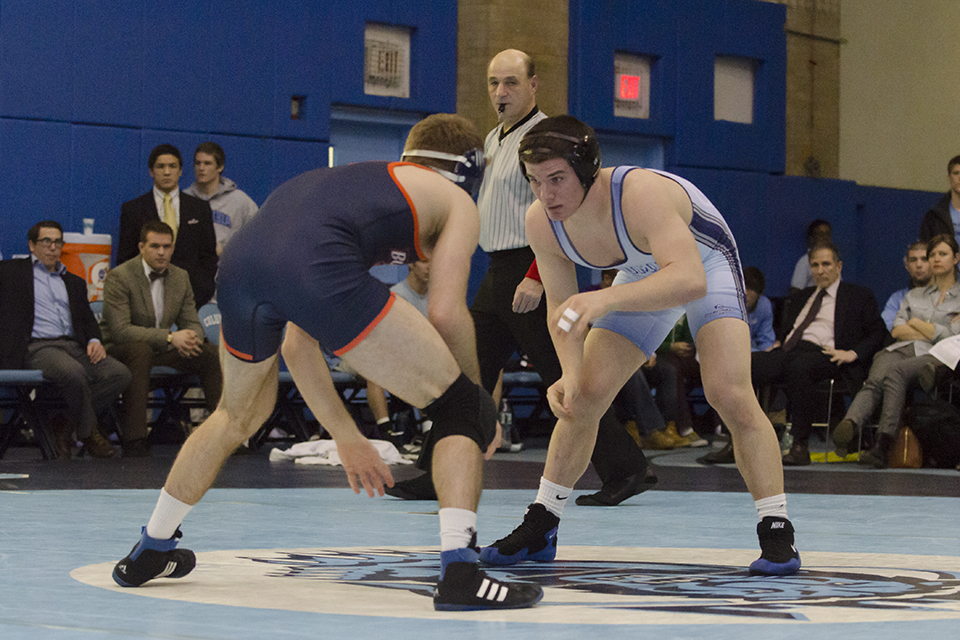 Sophomore Markus Scheidel earned an automatic bid in the NCAA Championships for the second-consecutive year.

The Light Blue (6-5, 5-5 EIWA, 2-3 Ivy) reached new heights this past weekend in Bethlehem. Eight total wrestlers placed at EIWA Championships, a feat that Columbia had not achieved since 2007. Of the eight, only White and Scheidel earned automatic NCAA bids with their performances.

Scheidel earned the last NCAA bid of his weight class, pinning Princeton's' Rich Eva in 30 seconds to earn the seventh bid among the 157-lb group. Scheidel had been the No. 5 seed this past weekend, and has battled injuries throughout the season. Nonetheless, he managed to qualify for the NCAA Championships for the second time in two seasons.

White entered the EIWA Championships as the No. 8 seed, and finished in the No. 4 spot to claim the final automatic bid. He tallied a 4-2 record over the weekend in a difficult 165-lb weight class that guaranteed just four berths in the NCAA Championships.

The remaining six wrestlers that placed at the EIWA Championship are still seeking bids. They will compete for wild card spots in the NCAA Championships in the coming days.

The NCAA Championships will begin on Thursday, March 19 from St. Louis.