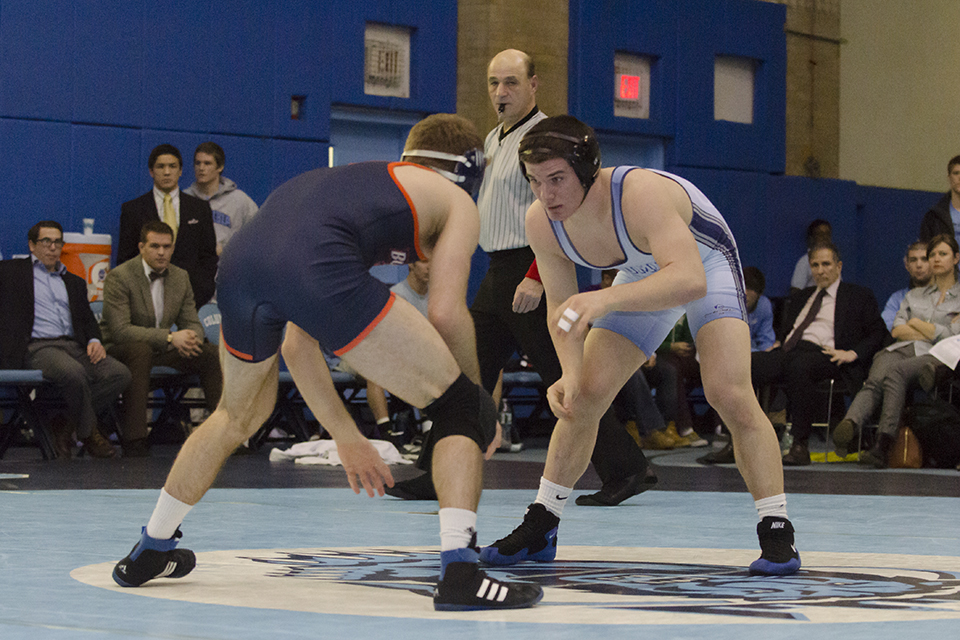 Sophomore Markus Scheidel finished 2-2 over the weekend at the NCAA Championships after winning just one match at last year's tournament.

Sophomore Markus Scheidel and first-years Tyrel White and Garrett Ryan represented the Columbia wrestling team in the NCAA Championships this past weekend in St. Louis.

The 157-pound Scheidel proved to be the most successful of the trio, ending the first day 1-1. Scheidel lost his first match to No. 4 James Green of Nebraska 13-4, but responded with a win in his second match over Anthony Perrotti of Rutgers 3-1. The split put Scheidel in position to finish as high as third after Thursday's action.

Scheidel's third-place hopes looked even more promising on Friday. He opened the second day against No. 14 Chad Walsh of Rider in a match that lasted 11 minutes—most matches last just seven. The back-and-forth action culminated in a 4-3 win for Scheidel, but the marathon victory may have proved too costly in his bid for third place. Scheidel appeared physically exhausted in his next match, a 4-2 defeat to Cody Pack of South Dakota State. The loss eliminated Scheidel from the tournament altogether, despite marked improvement in the NCAA Championships relative to his performance last year. The sophomore finished 2-2 over the weekend, while he earned just one win a year ago.

Meanwhile, the 165-pound White and heavyweight Ryan exited the tournament early on Thursday. Neither of the first-years won a single match. White narrowly lost his first match to Mike England of Missouri 3-2, and then fell in another close call to Connor Brennan of Rider 4-2.

Ryan's matches ended in a similar fashion. He dropped his first match to No. 4 Michael Kroells of Minnesota 6-2, and then lost his the second match to David Ng of Harvard 4-2.

The NCAA Championship marked the last tournament of the season.