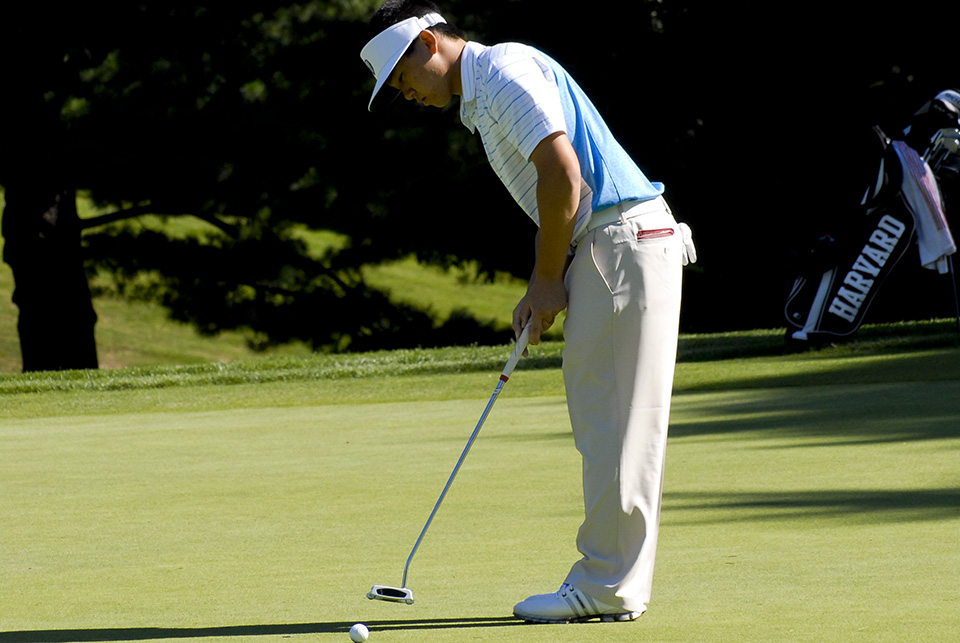 Junior Harrison Shih finished 13th with a 227 (+11) at Ivy League Championships this weekend.

The 54-hole event began on a positive note for Columbia, which shot 307 (+19) in the first round on Friday to grab a tie for second.

The Light Blue failed to capitalize on improved scoring conditions for Saturday's second round. While the Lions totalled a four-man score of 298 (+10), the trio of Penn, Princeton, and Harvard all carded lower scores, including the Quakers' second round of 291 (+3).

Columbia again could not find its top form for the final round, seeking a last-ditch effort to defend its Ivy title. The Light Blue entered Sunday in third place, and posted a 297 (+9) to end the weekend in solo fourth—two strokes behind the Crimson. Meanwhile, the Quakers overcame a four-shot deficit to Princeton to prevail with third-round score of 287 (-1).

It marks the final collegiate round for senior Brandon Jowers, who earned co-Ivy Player of the Year honors a year ago. He finished in a tie for 24th place after closing the tournament in Bethlehem, Pennsylvania with a pair of 76s (+4).

Sophomore Mert Selamet posted a three-day score of 225 (+9) to earn the team's highest finish—a tie for ninth. The Ohio native also earned second-team All-Ivy honors following his impressive performance at the Dick and William Gordon-designed layout, which included a second-round 71 (-1). Selamet's sole under-par round came from a birdie barrage on the back-nine, as the sophomore carded a 33 (-3).

Junior Harrison Shih took home solo 13th with a 227 (+11), the second-best score of the weekend, and sophomore Arjuna Anday closed the tournament with a 70 (-2) to vault into a tie for 14th.

Columbia's spring season has officially come to a close, and men's golf will return to the links next fall.