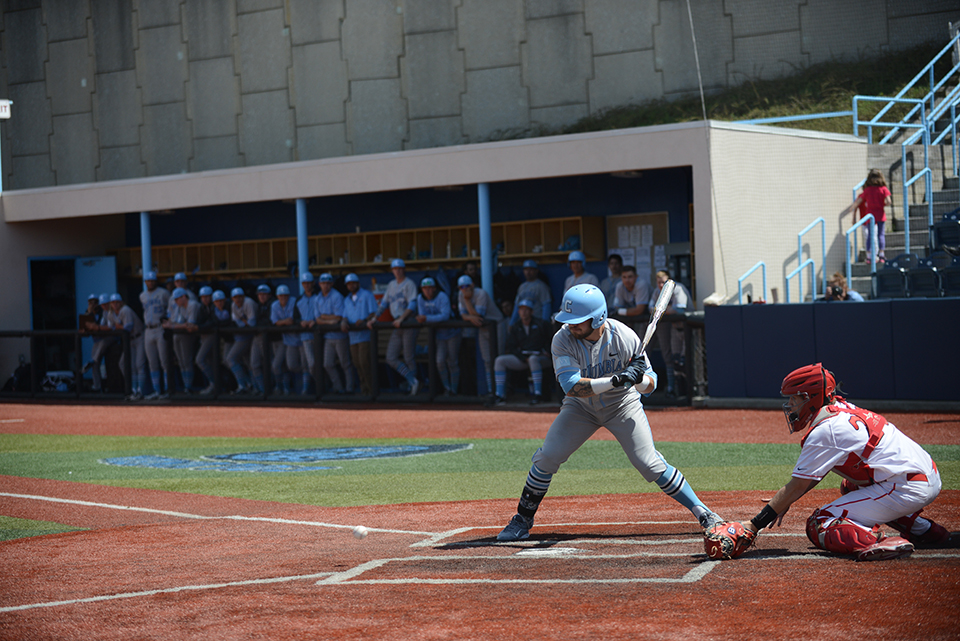 In a monumental day for Columbia's baseball program, three of its players were selected in Wednesday's MLB First-Year Player Draft.

Outfielder Gus Craig, CC '15, was selected by the Seattle Mariners in the 30th round. In the 35th round, both junior pitcher George Thanopoulos and outfielder Jordan Serena, CC '15, were selected by the New York Mets and Los Angeles Angels of Anaheim, respectively.

"It's a dream come true," Craig said. "It's been what I've been working for since I could really have a goal in mind of what I wanted to do when I grew up."

"I feel honored to be one of the 1,400 guys selected this year," Serena said. "It's pretty exciting. Mostly, it's just exciting to be able to keep playing baseball and doing what I love."

Craig was the co-Ivy League Player of the Year and had the Lions highest batting average at .332 while tying for first in runs scored with 44. The left-handed hitter was second in home runs with nine and tied for second in RBIs with 36 and doubles with 14. He also shined defensively, finishing fourth in the nation in outfield assists with eight.

Through his selection, Craig is now able to continue his baseball career and season, which was cut short on May 30 when he suffered an injury in the team's second Regional game. He did not play in the following games.

"I was definitely pretty bummed when we ended up loosing that final game that I couldn't play with my teammates at Columbia one more time," Craig said. "It was kind of a sour way to go out."

Thanopoulos led the Ivy League in strikeouts this season with 68. He started a team-high 13 games, of which he won six, and pitched 75.2 innings.

The right-hander was pivotal in the Light Blue's run for the Lou Gehrig Division. In the team's one-game division playoff against Penn, he started and pitched seven strong innings, giving up only earned two runs on six hits with seven strikeouts.

The leadoff hitting outfielder placed himself in the Columbia record books with his program-high 207 at-bats. Additionally, he is fifth all-time in games played with 180, hits with 190, and runs scored with 138.

While Serena had only two home runs this season, they both came at important times for the Light Blue. His first home run came in the first inning of the one-game playoff victory against Penn. His second home run came in leadoff form in the team's first regional game, a 6-3 victory over East Carolina.

"I felt better hitting this year in general, better than I have in the past," Serena said. "I think I went into those games just standing confident and didn't treat them as different games and I think that allowed me to hit the ball pretty well and I happened to get a hold of it."

Serena feels that playing for Columbia helped prepare him for his professional career.

"The college guys have the advantage [over high school draftees] of being a little bit more mentally prepared and being at Columbia, we were always playing awesome competition. We played against other guys who already got drafted, and I've seen a lot of these guys already," Serena said. "I think four years at Columbia really prepared me well in those aspects."

Columbia's three drafted players are the most for any year in the program's history. Since 2012, the team has had seven players selected in the draft. Dario Pizzano, CC '13, and David Speer, CC '13, are the only two Columbia alumni to have played for Major League organizations this season.