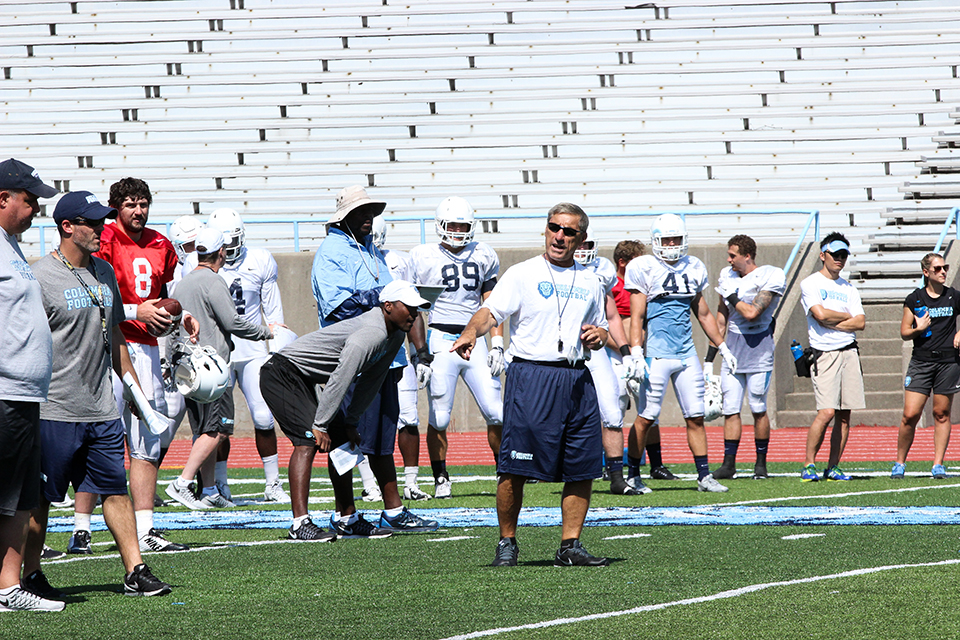 Columbia football is going to look much different this season, and new head coach Al Bagnoli wants everyone to know it.

Even before Bagnoli's inaugural season kicks off, the program has already taken steps to broaden its fan base by increasing its presence on campus—something the Lions wholeheartedly avoided last year under former head coach Pete Mangurian.

Shortly after taking the helm at Columbia, Bagnoli opened himself and his team up to reporters eager to cover the story of his unusual hiring, which led him to come out of retirement after just three months. He also encouraged reporters to speak with his players and has said previously that he considers talking to reporters a responsibility of any Division I football player.

Additionally, the former Penn head coach opened much of training camp up to fans and media and plans on doing the same with regular season practices.

"We're trying to be inclusive," Bagnoli said. "There's different philosophical approaches. I can't say one is right and one is wrong. But I've always had open practices. I always want alumni to come back and watch us practice. ... I want people to take interest and have access to things."

The team announced in August that for the first time in decades, it will be conducting its Friday afternoon practice on the South Lawn of the Morningside Heights campus.

Bagnoli said the move has two goals: First, it saves the team the trip from campus up to Baker Field in Inwood, allowing the players to get some much needed rest before game day. It will also give the players exposure to some of their fellow students, who don't know much about the program.

"Really, it integrates our kids into the fabric of the Columbia community," Bagnoli said. "They will have visibility on campus, which is something that I think doesn't really happen here."

Fans who subscribe to the program's Instagram account were privy to some inside looks at training camp. From meals to guest speakers, fans could follow the Lions' progress through camp via a constant stream of photos and videos.

"That's where our kids are, and it's just the new way to communicate," Poppe said. "Just getting more and more visible, because I don't know if a guy from Montana knows about Columbia or its football program. So to be able to do that kind of stuff and create interest, create excitement around the program is awesome."

Bagnoli said that he is excited about the media attention the program has received due to his hiring because he wants to build a new fan base within the student body and show people the great things he believes the program is doing.

Whether or not the team will give fans a reason to cheer this season has yet to be determined.

But there is one thing you can count on: You'll hear about it.