Glance leaves basketball, a strong legacy for the Light Blue behind as she joins Kay Yow Cancer Fund

Glance leaves basketball, a strong legacy for the Light Blue behind as she joins Kay Yow Cancer Fund 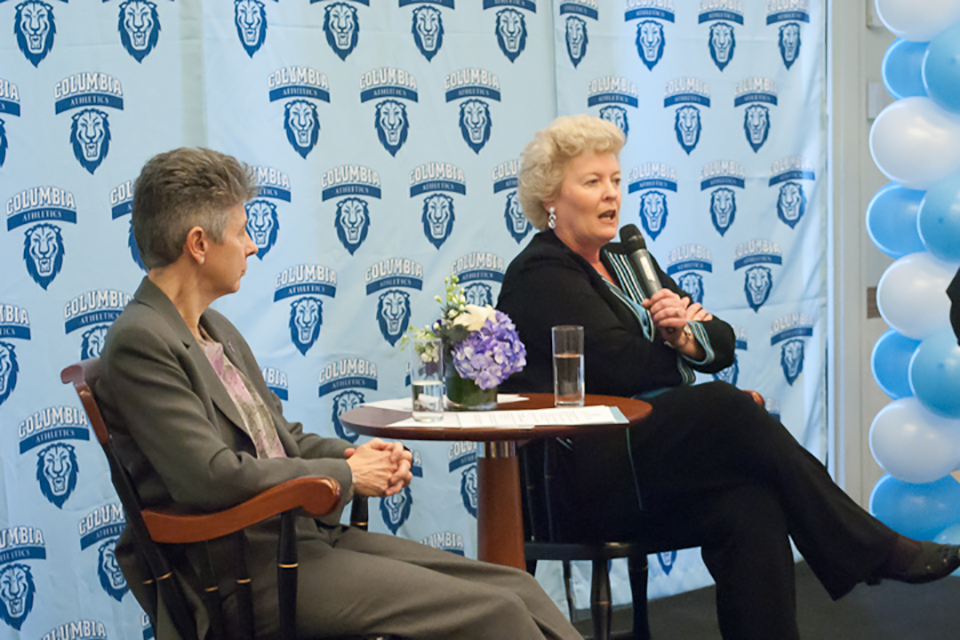 In her two seasons at Columbia, former womens basketball head coach Stephanie Glance laid a strong foundation for the program.

Stephanie Glance has long been a woman of divided passions. And, after 30 years of following her love of basketball, she's now dedicating her life to the other.

The Columbia athletic department announced last month that Glance would be leaving her position as head coach of the Columbia women's basketball team after two years at the helm in order to become the executive director of the Kay Yow Cancer Fund.

Glance does not intended to ever return to coaching basketball. She said that she treasured her time as a coach, but that she is excited to move on to the next phase of her life: raising funds for women's cancer research.

"I had to pray a lot and take some time to think through this," Glance said. "At the end of the day, I felt it was the decision I've been led to make. I felt like at this time in my life, this is what I was supposed to do."

Glance has maintained strong ties to the Kay Yow Cancer Fund for many years. After coaching alongside Yow as an assistant at North Carolina State for 15 years, she came to respect the Hall of Famer as a coach and a person. The two became so close that when Yow established the cancer fund in 2007, Yow handpicked Glance as one of five people to be a lifetime member. Glance has also served as the president of the organization twice.

Most recently as president, Glance attended the 2015 ESPYs, where she promoted the organization on the red carpet.

"When you have that kind of audience, it's huge," Glance said. "You have great recognition for the cancer fund and an awareness that we exist and what we're doing and the great money raised."

Filling in for Glance on the women's basketball team will be her assistant of five years, Sheila Roux. Roux—who served as Glance's top recruiter—said that her predecessor's goal was to enable her players to have confidence and be competitive.

"She just started to instill a culture," Roux said. "And everything that comes with that as far as expectations and organization and building relationships with people and helping our players understand what it feels like to compete at a high level."

In her two years at Columbia, Glance proved that she had the ability to find success in both recruiting and building on existing talent. This year's incoming class was the top recruiting class in the Ivy League and No. 57 nationally. Junior Tori Oliver—who was recruited by former head coach Paul Nixon—was a rising star as a first-year player, and has since blossomed into the Ancient Eight's most prolific scorer, averaging 16.5 points per game.

But she isn't the only player who proved her mettle early on in her career. Sophomore forward Camille Zimmerman lit it up as a first-year. The Arizona native set a program record by earning six Ivy League Rookie of the Week awards while averaging 13.7 points and 6.2 rebounds per game and leading the team in blocked shots.

Zimmerman said the team has grown significantly more competitive in just her one year at Columbia.

"When we're playing, we're all competitive," Zimmerman said. "Even though our record last year was still a losing season, we looked at the scores from our games—we were right in every game."

When Columbia was recruiting Zimmerman, Roux and Glance went to a few of her games, but Roux did most of the traveling. Once she committed though, Glance came and personally greeted the Arizona native and her family. Zimmerman said she immediately knew that Glance was the kind of person she wanted in her life.

Since then, Glance has pushed Zimmerman, enabling her to become one of the best post players in the Ivy League. Zimmerman said that she plans on maintaining a friendship with Glance.

"She's just someone you want to be around," Zimmerman said. "She wears her face really well. She's a moral person. Everything she did, she wanted to be fair, and she wanted to be honest with everyone."

Glance said that she is proud of the team's accomplishments in her time at the helm, and that she is excited to see what the team can do with the foundation she and her staff laid.

And she plans on keeping in close contact with the team while cheering them on from a distance.

Over the course of her tenure at Columbia, Glance was constantly impressed by how bright and hardworking the student athletes were.

"I enjoyed what they had to say," Glance said. "They're very intelligent, very insightful, very articulate, and I enjoyed working with them. They are the next leaders of this country, and I'm glad I had the opportunity to coach them."

Roux said that she is grateful to have been able to learn from Glance for five years. Although she was shocked by the news that Glance was leaving, she is happy that the former head coach is finally realizing her other dream.

"When she came to me, there was sadness because she was leaving," Roux said. "But it was brief because of where she's going.