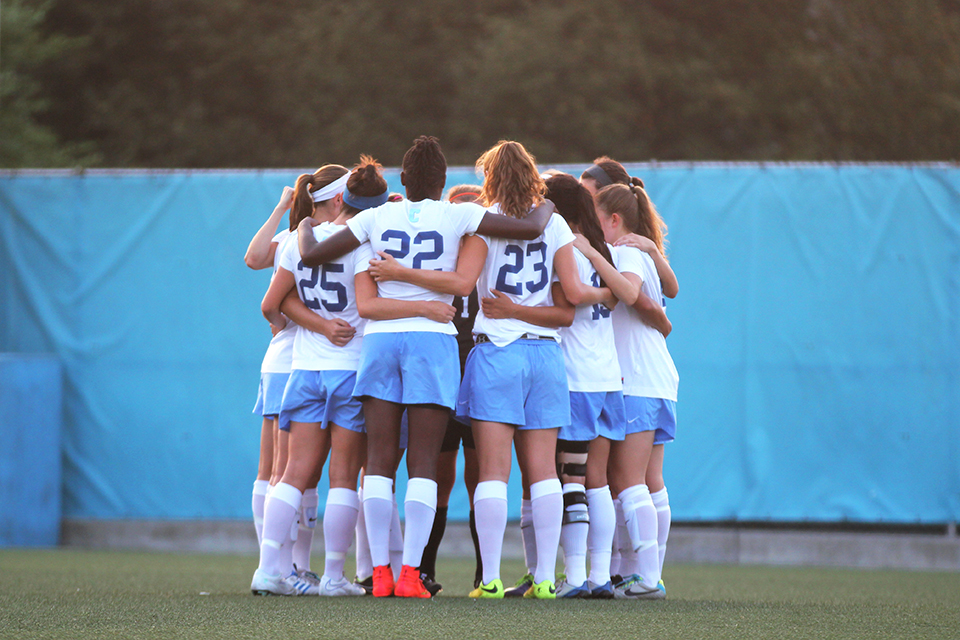 Women's soccer has conceded one goal or fewer in 10 of its 15 games this season.

Women's soccer chases its fourth Ivy win of the season on Saturday against Harvard—a feat last accomplished in 2008—and its defensive unit is a big reason why.

This year's defensive line is unchanged from last season, when the Lions ranked 15th in Division-I in goals-against-average. Seniors Kerry Manion and Cadie Naquin occupy the two centerbacks spots, while sophomores Natalie Ambrose starts at left fullback and Natalie Neshat plays on the other flank.

"This team prides itself on defense," junior goalkeeper Allison Spencer said. "It's something that we expect to do well in every game that we play. It's sort of an attitude, where we go into games not wanting to give up goals, and that's sort of our M.O. as a team."

While Columbia is 134th in goals-against-average this season, that mark is skewed by a 3-1 loss to Princeton and a 4-1 defeat to Farleigh Dickinson. Columbia has allowed one goal or fewer in 10 of its 15 games, a sterling defensive record headlined by Naquin.

"I don't think people notice all the great things that she does in terms of pressuring people and making [opponent] play predictable," Bartholomew said. "She communicates pretty well, and sort of been a major leader in the back."

But Naquin is quick to deflect credit for the Lions' defensive success, highlighting the unit's sense of continuity. Naquin explains that there was great verbal communication last year, but the back four have added a layer of nonverbal communication in 2015. The result is a constantly organized backline, which has retained its defensive solidity regardless of the opponent.

Bartholomew points to the rest of her outfield players, who remain committed to their defensive duties when Columbia loses the ball. She believes that the forwards and midfielders must close down opponents' space on the offensive end, and add a layer of protection to the Lions' back four.

"We wouldn't be able to defend as we do if we didn't have the midfielders in front of us and the forwards in front of us defending well and funneling everything right into us perfectly," Naquin said. "It starts from the front and empowers us [defenders] to do our job better."

Bartholomew, now in her second season at Morningside Heights, has opted for a defensive approach throughout her coaching career. She believes that it's a result of her time as a goalkeeper, including her years at the University of Rochester. But Bartholomew is quick to dispel that her playing career has helped shape a purely defensive team.

"A lot of times when we win it [the ball], we actually are in better shape when we're more organized defensively and can build out of that," Bartholomew said. "People think that we sit and defend all the time, but that's not really a true story. I think we're organized when we defend so we know when we win it where we are, hopefully, and can then transition quickly into attack."

That mentality and Naquin's leadership will be on full display against the Crimson on Saturday. Forward Margaret Purce leads a dynamic Harvard attack in a matchup to determine second place in the Ivy League.