2020 Vision: How to defend a national title through early recruiting

2020 Vision: How to defend a national title through early recruiting 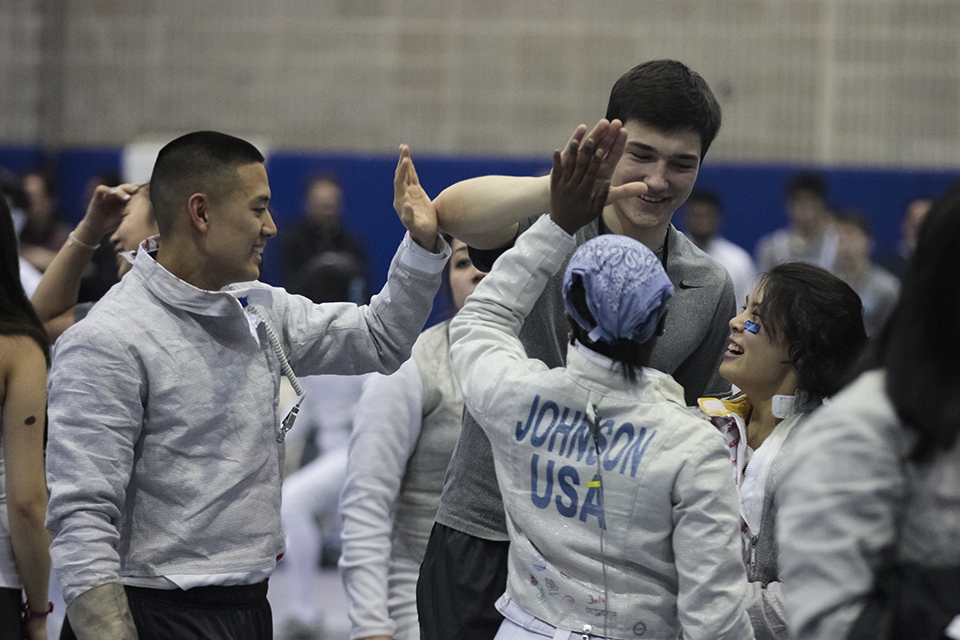 By casting a wide net and crunching the statistics, head coach Michael Aufrichtig has built a dynasty.

Getting to the top is one thing, but staying there is another.

Fencing head coach Michael Aufrichtig is prepping his team to defend its national title, but his eye is never far from the recruiting trail as he searchesfor the Lions' next stable of stars.

Starting young
NCAA regulations prohibit contact prior to a fencer's junior year of high school, but Aufrichtig explained that the process is a bit more complex.

"There's always the superstars that are in eighth or ninth grade, but fencing is a sport where when you're 13 through 16 or 17, a lot of development can be made," he said. "So we're always looking, just never committing so early."

Aufrichtig points to the USA Fencing-recognized events—especially the North American Cup—as the best opportunities to watch recruits. As a self-declared statistics junkie, he emphasizes certain metrics beyond the aggregate national rankings. One example that Aufrichtig offers is a high school fencer's performance in just five touches. While the national events for potential recruits use a 15-touch system, all collegiate competitions employ a five-touch system.

Once Aufrichtig has compiled a lengthy list of potential recruits, he turns to the team's weapons specialists: saber coach Akhnaten Spencer-El and foil/epee coach Seoung Woo Lee. They pore over hours of video, and then assign a 1-through-10 grade to each prospect.

But Aufrichtig's search extends beyond the piste, with personality and sportsmanship playing a significant part. His secret is video recordings, which help determine a recruit's compatibility with the program.

"I look at more than just how they're fencing. I look at how they treat the referees, what they do if they lose—things like that," he said. "Someone might be good, but they might not be the right fit, the right attitude, and they're going to cost more than they are good. It's not worth having that."

Matching up
By the beginning of a high school fencer's junior year, Aufrichtig reaches out to recruits on his short list. But as the defending national champions, he explains that high school fencers have increasingly begun to initiate that contact.

"I believe we're on everybody's list….But then again, our program is very unique compared to a lot of other college programs," he said. "There's the fact that we are in New York City with a lot of the big clubs, so I've noticed a lot smarter questions are being asked with regards to our training plans and what we do and how we support Olympic dreams with NCAA dreams."

Past the horizon
The seeds for the class of 2020 were sown in the fall of 2013. Even before then, the coaching staff had started to build its list of potential recruits.

It's a delicate balance for Aufrichtag: planning for the future, while giving adequate focus to the season at hand. At this point in the Light Blue's season—from Thanksgiving until the start of 2016 competition—he can dedicate significant time to the recruiting trail.

But when the calendar turns, it's back to coaching a squad with dreams of another NCAA title.

"If something has to be done as a team, and there's a potential recruit thing that I have to do, the team comes first," Aufrichtig said. "I've realized that it's very important to do everything you can for the team now. But then looking forward to the future, four years does go by very fast."