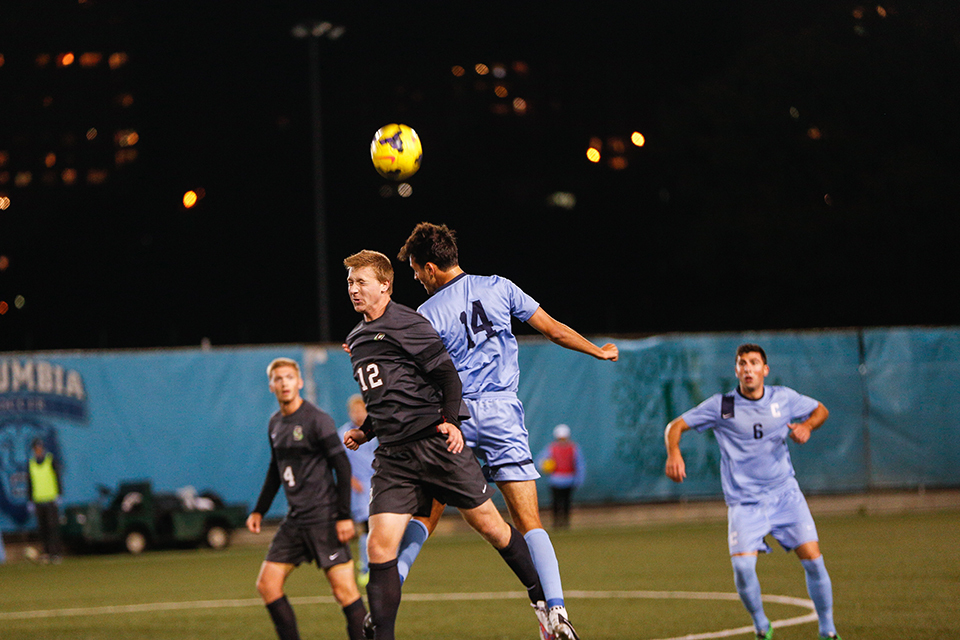 Senior midfielder Antonio Matarazzo may soon be sharing the pitch with former FIFA World Player of the Year Kaká in Major League Soccer.

Orlando City SC of MLS selected Matarazzo as the seventh pick in the third round of the MLS SuperDraft on Tuesday.

"My first emotion was just excitement," Matarazzo said. "Very excited to have this opportunity and very thankful to the whole Orlando organization for investing in me and giving me this opportunity. Of course, once it kind of sunk in that I was playing Orlando, playing with great players like [Kaká]—it's always a privilege."

The Fair Lawn, N.J. native had been monitoring the third round on his computer and began to see clubs selecting fellow participants at last week's MLS Combine.

"And then once Orlando comes up, I had my eye on it the whole time, and I see my name pop up," Matarazzo said. "Before I even had a chance to react, I had my brother calling me asking if I saw it. He was very happy for me ... And then I didn't really have any time for it to really sink in before I had to go to my 2:40 class, but I was thinking about it the whole time."

The news comes a week after the senior midfielder starred at the Combine in Fort Lauderdale with Columbia head coach Kevin Anderson watching.

"I had the opportunity to be with him and go through some of the experience with him down at the MLS Combine, which was really great for Tony," Anderson said. "It was great for our program to get a sense of what things are like there I think Tony has earned his opportunity, and I'm certain that he'll make the most of it."

Anderson didn't reveal whether he held previous talks with Orlando City SC, and Matarazzo was explicit that he didn't have any idea beforehand that he would be headed to central Florida.

But Anderson explained that there were ongoing conversations involving Matarazzo with a number of clubs, as a myriad of coaches and scouting personnel had expressed interest in the senior midfielder.

Matarazzo will now head to training camp to try and earn his place within Orlando City SC's first team, as third-round selections often enter with a different set of expectations than those of the top picks.

"Tony will get an opportunity to go into training camp, as will anyone who is drafted," Anderson said. "And I think the only guys who are guaranteed anything are your youth internationals and the guys who signed Generation Adidas."

But the senior midfielder is solely focused on his future at Orlando City, after speaking to the club's administrators and coaches today to finalize the move.

"They're great so far, and again, I'm very thankful for the whole staff and organization to invest in me and to give me the opportunity to prove myself," Matarazzo said.