Roundtable: Where is men's basketball headed?

Roundtable: Where is men's basketball headed? 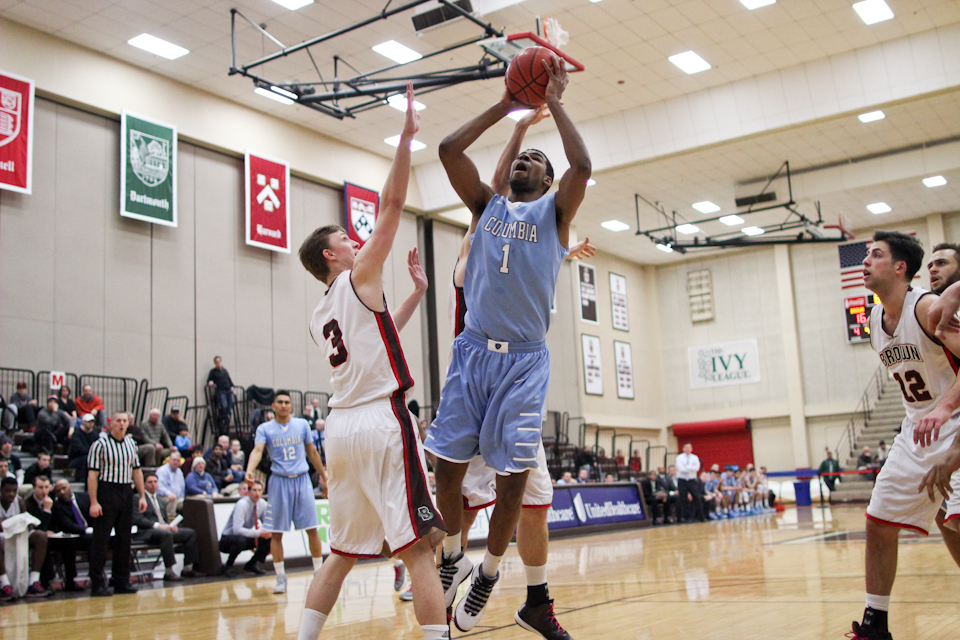 After men's basketball beat Cornell 74-70 at home on Saturday evening, we caught up with Spectator's beat writers to get their thoughts on the game and on the Lions' chances of finally claiming that elusive Ivy title.

What have you learned about Columbia after its nonconference season? What were the biggest surprises and biggest disappointments?

Kyle: The Lions yo-yoed around .500 for the first 10 games, due largely to inconsistency. But they eventually found their footing en route to an 11-6 record in nonconference play. Stony Brook was the nadir of that stretch, with the Lions committing 13 second-half turnovers in the 69-60 loss. That being said, when asked to give a grade on the first 17 games, head coach Kyle Smith said that Columbia deserved a B. I think that's a fair and surprisingly frank assessment of a team that won seven of its last eight nonconference games, but the 14-game tournament is a totally different challenge. If the Lions want to have a glass slipper's chance of making the big dance, they'll still have to step it up.

Austin: The biggest surprise I took away from this nonconference season was the newfound offensive balance. It's well established that this team can shoot threes—we're top 20 nationally in threes attempted and made—but what sticks out to me is how often the Light Blue has gotten to the line. The difference from last year is stark to say the least: With 13 games left to play, the Lions have already surpassed last year's total number of free throw attempts. Thanks to consistent penetration, our top four scorers are getting to the line frequently, and they're all shooting above 73 percent!

Dan: On the one hand, it's difficult to take a lot away from the nonconference season because Columbia will look very different with a fully healthy Alex Rosenberg and Isaac Cohen. But what has struck me is that Maodo Lo is still adjusting to the point guard position. He's being asked to distribute much more this season, and Lo hasn't yet dominated.

I think a 35-point game is coming from the Berlin native. I'm not concerned about him long-term. We just haven't seen it yet, so I'd call him my biggest disappointment, considering his usually high standards.

What is the key that will finally allow Columbia to win the Ivy League?

Kyle: Smith has lauded his team's offensive efficiency all season up to this point, but defense and rebounding are still major question marks. Look at the Ivy opener against Cornell when guard Matt Morgan was able to go off. These high-volume shooters have troubled the Lions all season. In addition, the Lions don't have one consistent option in the post. Junior forwards Luke Petrasek and Jeff Coby have been effective at different points during the nonconference season, but neither seems quite ready to dominate yet.

Austin: Columbia cannot go away from attacking the basket. I'm sure they'll be lights out from three-point land on certain nights, but those shots are too volatile. In a conference where each contest could be the difference between playing or spectating come March, this team can't afford to be a one-trick pony.

Dan: I'm with Kyle. Defense has long been the Achilles' heel of this Columbia team. Smith needs his star players to play like stars. I know that's cliché, but there are going to be nights when everything seems to be going poorly, and Lo or Rosenberg will need to bail Columbia out. As of right now, neither player has dominated on a given night like we know they can. 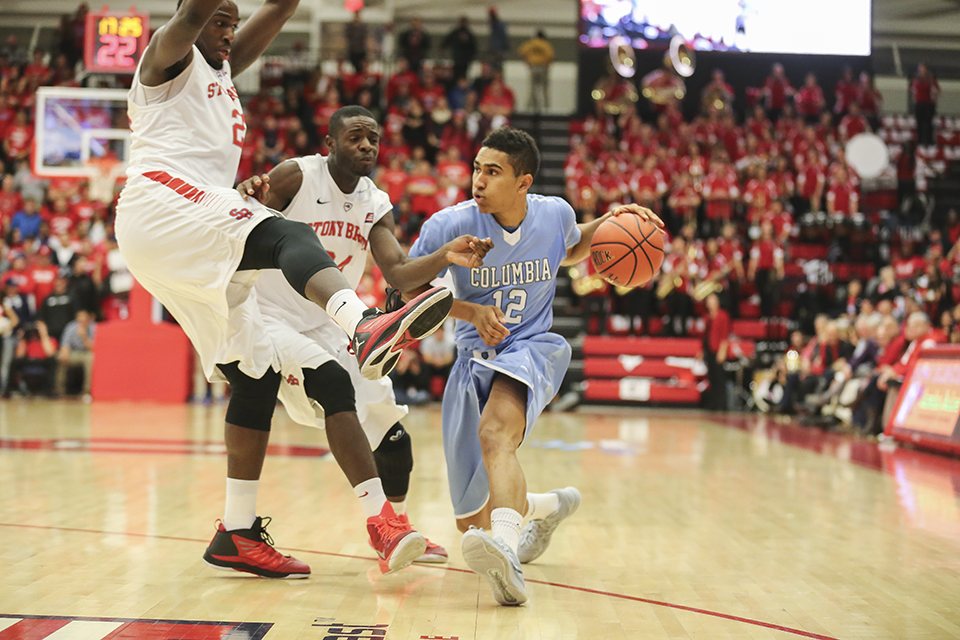 Where do you predict Columbia will finish in the Ivy League? Remember that the Lions were picked to finish second in an Ivy preseason poll. At the moment, they sit at 4th among Ancient Eight schools, according to Ken Pomeroy's rankings.

Kyle: I've seen the team struggle—tremendously at times—this season. But now that Rosenberg, Cohen, and Meisner are all on the mend, the Lions are primed for success.

Austin: This conference is so up in the air that I just can't bring myself to give a straight answer. I'll say that Columbia and Yale will battle for the top spot, while Princeton and Harvard will fight for third. It's worth mentioning that Yale and Columbia are such radically different teams. The Lions live and die by the three, and have attempted over 200 more three-pointers than the Bulldogs, whose focus lies well within the arc. Yale forwards Justin Sears and Brandon Sherrod are legitimate bullies in the paint, as evidenced by a narrow loss at SMU, the nation's only undefeated team. Come to think of it, the more I write about them, the more I'm convinced they will reach the big dance. So yeah, Yale's my pick for now.

Dan: My money is also on Yale to edge Columbia for the top spot. I had my doubts about the Bulldogs with the departure of Javier Duren, but they've been impressive behind the surge of sophomore guard Makai Mason. Throw in the presence of Sherrod in the paint alongside Sears, and I think it's a bit too much muscle for the Lions to handle on the boards.

Finally, what encouraged you about the Ivy opener against Cornell? What was worrying for the Lions for the rest of the 14-game tournament?

Kyle: Lo has struggled from the field in the last couple games, going a combined 6-for-28. If the senior guard can return to his form from 2014-15, Cornell had better watch out for the rematch on Saturday. Look for Lo to shoot early and often, and if he gets hot, that will open up space for the Lions to attack the basket at will.

I was impressed by Rosenberg's return to the court against Cornell, too. He showed no signs of any nagging injuries on Saturday, continuing to go to the hole and draw fouls. The Lions also did a great job balancing the load on Lo's off-night. With five players in double figures last weekend, the prospect of Cohen getting more playing time, and the fact that Lo might find his stroke at any time, the Big Red coaching staff may have some issues ahead of this weekend's contest.

Austin: I agree with Kyle that Lo is probably due one. Lest we also forget that Petrasek hasn't scored more than 11 points since December, and up until that point he was probably the most consistent Light Blue player. Odds are that he or Lo will show up big-time, especially if Cohen, arguably the best facilitator, returns to the mix.

Dan: Kyle is right with regard to Rosenberg. Mullins is the other bright spot for me. He doesn't dazzle the crowd off the dribble like Lo, Kyle Castlin, or even Nate Hickman, but Mullins is so consistent. And considering that he missed an entire year of basketball with a concussion, it's such an awesome story to see the Ontario native back on the court and effortlessly draining threes.