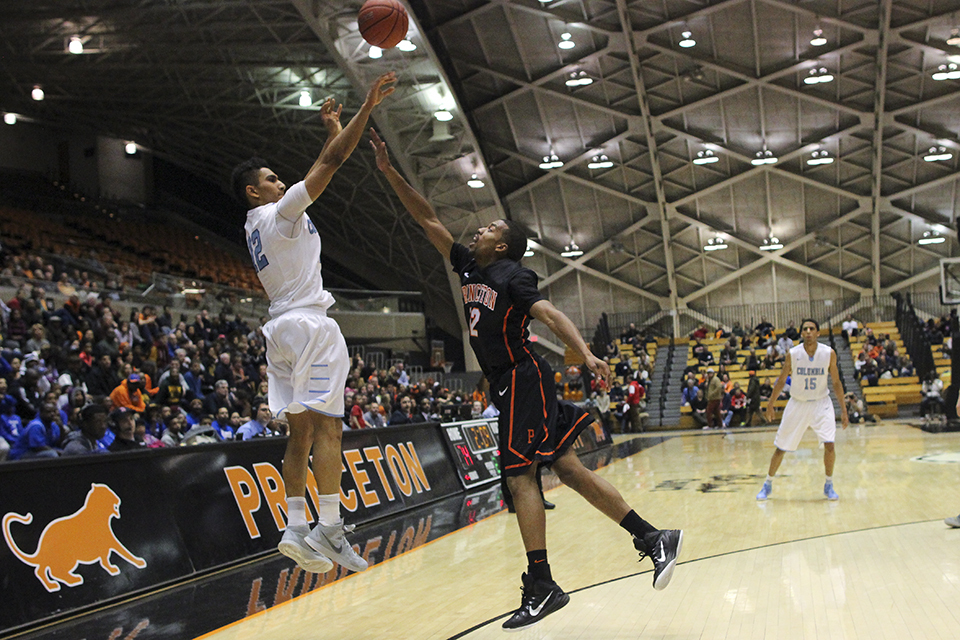 Senior guard Maodo Lo scored a game-high 16 points on 6-for-13 shooting to lead Columbia to the 77-60 road victory.

Men's basketball moved to 3-0 in Ivy play on Friday evening with a 77-60 road victory over Dartmouth, equalling the program's best conference start since 1994.

"It really stemmed from a good defensive effort," head coach Kyle Smith said. "We were focused and we did a good job. It made everything a little easier when we weren't giving up baskets."

But the Lions made just one field in the final eight minutes of the half, as forward Evan Boudreaux led a late charge for the Big Green, finishing the night with team-high 15 points on 5-for-9 shooting. And the lead was just 10 points entering the locker room 42-32.

"We had some silly things that we really could control and we needed to do a better job there," Smith said of his team's play to close out the first half. "But we levelled out. They cut it to eight, and we just never really panicked. We kept getting good shots and we did a good job."

Dartmouth never inched closer than eight points in the second half, as Columbia sealed its tenth victory in its eleven last games in routine fashion.

Leading all Light Blue scorers were senior guards Maodo Lo and Grant Mullins with 16 points apiece. Senior forward Alex Rosenberg, who has continued to excel since his return from injury, put up 14 points in just 19 minutes and junior forward Luke Petrasek scored 10.

Senior guard Isaac Cohen also returned to the court for the first time since Dec. 12 against NJIT, and showed flares of his trademark hustle and poise.

"It's really nice to have that piece back," Smith said of Cohen. "Just the steadiness of his defense and the rebounding and the ball handling, it makes us better for sure."

The Lions will look to improve to 4-0 in league play tomorrow at Harvard, which lost each of its last two games by 12 points, and break a seven-year road winless streak in Cambridge.

"I feel more confident for the fact that we played well the last two games," Smith said. "We've just been a stingier team defensively, and I think when we're doing that we always have a chance."