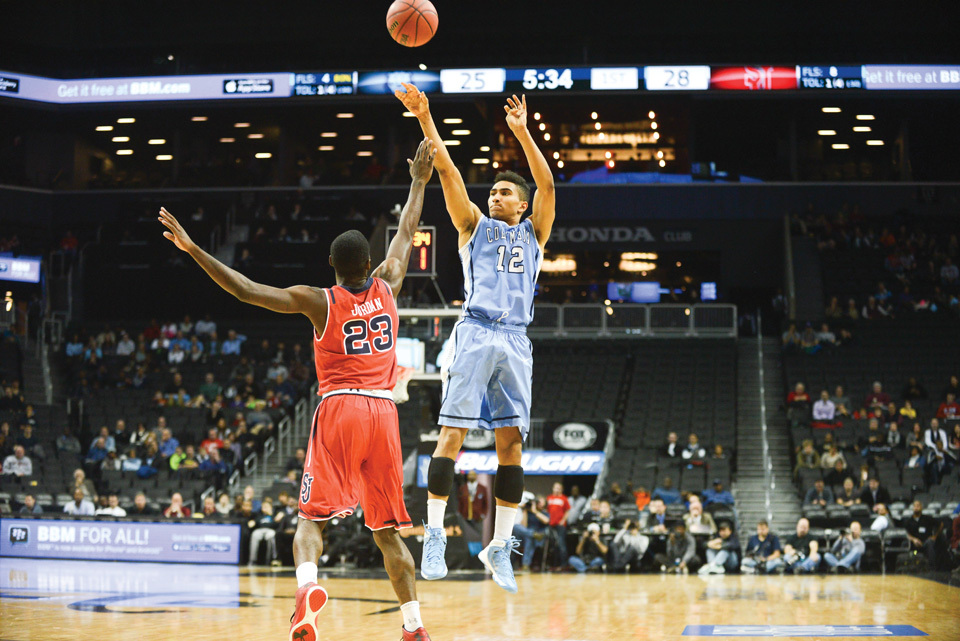 Senior guard Maodo Lo found his stroke early, but it wasnt enough to lift the Light Blue over the Bulldogs, who shot lights-out all evening.

Yale shot better than 61.5 percent from the field, and men's basketball couldn't quite keep pace in the 86-72 loss in New Haven on Friday evening.

Despite the Lions' early six-point lead, the Bulldogs got hot from the field and stayed hot. Just over 10 minutes into the game, the Elis grabbed their first lead, a lead they wouldn't relinquish, on a three-pointer from guard Nick Victor.

Senior guard Maodo Lo kept the Light Blue in the game, leading all Light Blue scorers with 21 points on 9-for-17 shooting.

The Lions came out of the gates in the second half with a renewed sense of energy and more poise. Yale looked to widen the gap to double-digits right away, but the Light Blue hung tough. While Yale eventually extended the margin to 10 points, the Lions screamed back, cutting the Yale lead to three with just eight minutes left.

But again Yale was able to keep Columbia at arm's reach and build up to a double-digits lead.

One of the biggest factors in the Lions' loss was the discrepancy in team fouls. While Yale only committed 14 team fouls, Columbia amassed 30, including a late-game flagrant foul committed by senior forward Alex Rosenberg. To make matters worse, the Lions, typically a strong free-throw shooting team, shot an abysmal 11-for-19 from the line.

The Bulldogs, as usual, were anchored down low by a pair of explosive forwards, Justin Sears and Brandon Sherrod. In the first half, the duo shined, putting up a combined 52 points and pulling down 15 boards.

The Lions are back in action tomorrow as they close out their five-game road stretch at Brown.