Roundtable: What does the final stretch of the season hold for men's basketball?

Roundtable: What does the final stretch of the season hold for men's basketball? 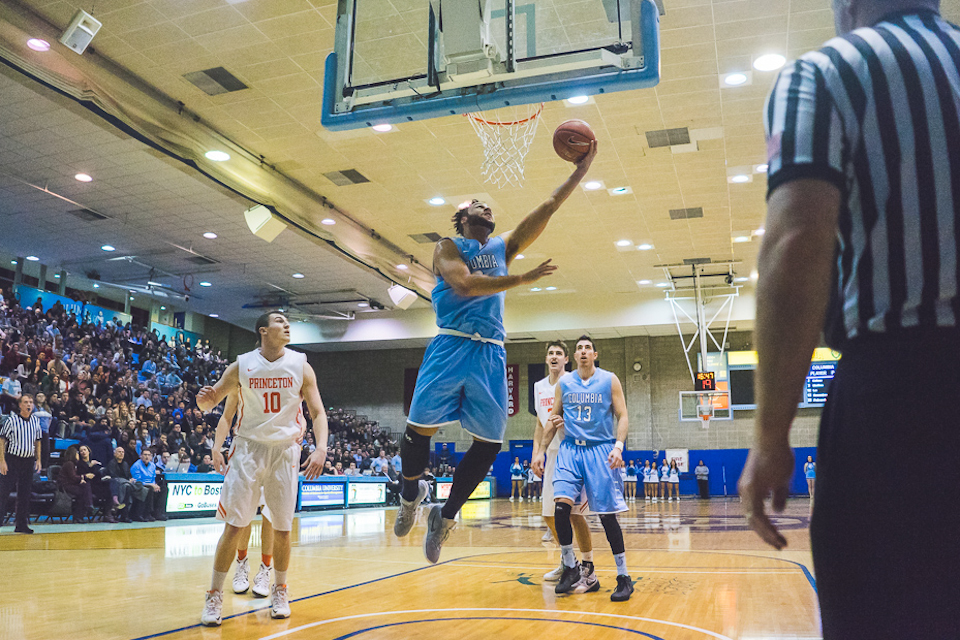 Returning from injury, senior guard Isaac Cohen could make an impact for the Lions as they close out the 14-game tournament.

After men's basketball fell to Princeton in an 88-83 overtime loss at home on Saturday evening, we caught up with Spectator's beat writers to get their thoughts on the game and on the Lions' chances in the second half of the 14-game tournament.

Any lingering thoughts on the heartstopping loss to Princeton?

Kyle: My best guess is that head coach Kyle Smith still hasn't slept yet. After putting some thought into the game, one thing sticks out to me that the Lions could have done differently. With the final seconds pouring off the clock and Princeton, down one, looking to set up its offense for one final strike, senior guard Maodo Lo collected the inbounds pass from CJ Davis and had nothing but open hardwood in front of him. He took it to straight to the basket to put his team up three. Then, well, we all know what happened next... I can't help but feel that had he pulled the ball back out to the perimeter, the Light Blue faithful would be breathing a little easier.

Austin: Columbia needed senior guard Isaac Cohen out there in crunch time. The guy kept Princeton's leading scorer scoreless in the first half, and dished out seven assists. But he fouled out with 3:48 left in regulation, and everything went downhill from there. It hurts at times that he's not able to score, but he's essential for stability on both sides of the ball, especially against a guard-heavy team like Princeton.

Dan: The officials were far from their very best on Saturday. I don't want to say that they favored Princeton or Columbia—that's a much bolder claim than I would be willing to make. That being said, I found the number of fouls—and countless stops and starts—to be extremely aggravating. And I know Smith felt the same way. After all, he ran across the court at the end of the first half to conference with the officials. It would be very interesting to read his coaching evaluation of the referees.

Will there be a hangover this weekend against Harvard or Dartmouth?

Kyle: I don't think so. Let's not forget that Smith is back to starting four seniors—each of whom is itching to get that Ivy League title. Considering they're not out of the hunt, I think the team will come out hungrier than ever.

Austin: I doubt it. If coming out on top of the Ivy League is the goal, winning is not optional. The same can't be said for Harvard and Dartmouth, who are already out of the discussion barring any huge shake-ups. That's not to say that these teams won't play hard, but you expect some extra urgency on the Lions' part, especially from the seniors.

Dan: It doesn't seem likely. As Kyle mentioned, this is an experienced group. Columbia will also benefit from playing at home, and if 2,500 people are showing up to Levien again, it can only help. The gym was rocking on Saturday last night, at least within the context of recent Columbia standards, and I'd expect it to be again this coming weekend.

At roughly the midpoint of the 14-game tournament, how would you assess Columbia's title chances entering this weekend?

Kyle: A hell of a lot worse than they were this time last week, but not extinguished. Assuming the Lions win their next five games prior to hosting Yale (a big assumption, but hang with me), they should be okay with their standing. If Yale falls to Princeton on Friday night in New Jersey, the Light Blue are instantly back in business. But if not, that doesn't clinch the Ivy title for Yale with nearly half of the season still remaining. If there's one thing we've learned about the 14-game tourney that is the Ivy League regular season, it's that anything can happen.

Austin: Not great. But, the Light Blue does have a fair number of 'easier' games, including this weekend's slate. If they can keep building on those potential wins, then I'd venture to say Columbia has a real, though not great, chance of winning out. It's discouraging to think about Yale still being undefeated, but remember—Yale still plays at Princeton, home against Harvard, and the Light Blue in Levien. It's easy to mark them down as champs, considering how they've played, but it isn't over by any stretch.

Dan: The good news is that Columbia isn't mathematically eliminated. They're going to play Yale and Princeton again. Plus, the Bulldogs and Tigers still have to play each other again. I think a lot of my negativity comes from the fact that the Lions still have to travel to Princeton.

So at the moment, I'll say the chances are low with Harvard and Dartmouth coming to town. Those are two must-win games. Columbia cannot afford any missteps this weekend. Maybe I'll be more positive after the Light Blue travels to Jadwin and returns with a big road victory—but that's more than 10 days away.

What needs to change between now and mid-March for Columbia to win the Ivy League?

Kyle: Coming off their injuries, Cohen and senior forward Alex Rosenberg are both still looking sluggish at times (with Cohen looking noticeably rustier). Once they get in good enough shape to play 30-35 minutes of full-speed basketball, the team will be better on both ends of the floor. Offensively, senior guard Grant Mullins has been on a tear, Lo is shooting more, but the team would be well-served to find one player who can generate consistent offensive production from the post.

Austin: What they really need is a Yale loss… But, in terms of what they can control, I think they need to rely on the ol' Smith staple—shooting. In the Lions' two Ivy losses, they've gone 8-of-25 and 9-of-31 from beyond the arc. Those aren't terrible marks in themselves, but they are significantly below the season average of .372. It's hard to expect the Lions to live up to expectations, especially for a variable as inconsistent as shooting, but that's exactly what they'll have to do to pull out wins against Princeton and Yale round two.

Dan: Better post-play. Mullins has been remarkable over the past two weeks, recapturing his form of two seasons ago. And I think Cohen is starting to get back to his best following a lengthy injury layoff. But the Lions haven't found one option in the interior that can dominate on both ends of the floor. Maybe I'm being unrealistic with what Columbia has at its disposal, but Smith is currently having to mix and match in the post. Smith claims junior forward Chris McComber might be the best post defender, but McComber hasn't offered the same offensive presence as junior forwards Luke Petrasek or Jeff Coby. Can one of those three guys put it together on both ends for the final two months? If the answer is yes, then the Lions will have someone to counter Yale's Justin Sears (along with fellow forward Brandon Sherrod) and Princeton's Pete Miller down low.