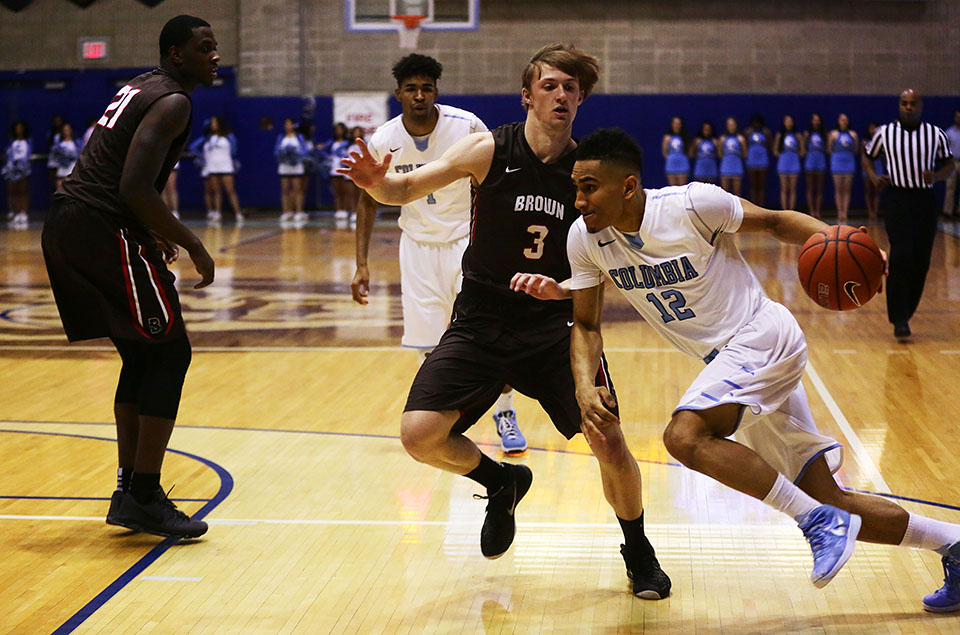 The men's basketball team may no longer be in the running to capture the Ivy League title, but that didn't stop the squad from capturing a grueling 66-63 win over Brown Friday.

The Lions (21-9, 10-3 Ivy) came into Levien to face the Bears (8-19, 3-10 Ivy) with their title hopes still alive. However, although the Light Blue won over Brown, Cornell failed to upset Yale, meaning the Bulldogs and Princeton are the only teams that still have a shot.

"Whenever he gets the ball in the low post, we'd have our guards coming over so he'd try to throw the ball out," he said. "Other than that, we just played hard."

But just as guard Steven Spieth lit Columbia up in the previous meeting, guard JR Hobbie was unstoppable from behind the arc at Levien.

Both teams had trouble getting things going initially, with Brown not scoring its first points until almost four minutes into the game.

For the first 15 minutes of the first half, the only offense Brown could muster came from guard JR Hobbie, who finished the first frame with 12 points, shooting a perfect 4-for-4 from beyond the arc.

Courtesy of a 13-0, 4:35 run, the Lions built a sizable lead on the tail-end of the first frame, but Brown answered back, shooting 5-for-5 to finish to cut the Lions lead to just two points heading into halftime.

The second half picked up where the first left off with Brown and Columbia both coming out of the gates with a full head of steam. Despite Hobbie hitting two more threes in the first five minutes, the Lions, led by guard Maodo Lo found success attacking the basket.

But the Bears weren't going away that easy, and continued to nip at the Lions' heels.

Just when it looked as though Brown was mounting a comeback, Lo, who finished the game with 23 points, came alive. The Berlin native hit a deep three off the dribble before picking the Bears' pockets on the next possession and converting the turnover into two points.

Although the Bears made a couple late runs and Columbia struggled from the field down the stretch, the Lions were ultimately able to hold their opponent at arm's reach to come away with the hard-fought win.
Tomorrow's game against Yale may not be for the Ivy title, but according to Lo, the players are ready to out and give it their all.

"We just want to go out and compete," he said. "For the seniors it's the last home game. We've had a good Ivy League season so far so we want to make sure we keep it going tomorrow."